ETYMOLOGY„ From the Latin seductus (remote, apart), referring to the flexor marginal spines of P 2-4 dactyli, which are remote from one another, a character to separate the species from U. annae n. sp.

Eye: 2 × longer than broad, somewhat narrowed distally, overreaching midlength of, not reaching apex of rostrum. Cornea less than half as long as remaining eyestalk.

REMARKS„ The species strongly resembles U. oxymerus Ahyong & Baba, 2004 from northwestern Australia, U. tridentatus ( Henderson, 1885) as redefined in this paper (see below), and U. annae n. sp. in the spination of the carapace lateral margin, in having a small spine lateral to the distal end of flexor margin of Mxp3 ischium, and in having the antennal articles 4 and 5 each bearing a strong distomesial spine. Uroptychus seductus is readily distinguished from these congeners by the P 2-4 dactyli that are more strongly tapering, with more widely spaced flexor marginal spines.

The P 2 and P 3 propodi each bear a row of flexor marginal spines along the entire length, in addition to the distal pair, in U. seductus and U. tridentatus ( P 4 is unknown in U. tridentatus ) whereas only a few spines proximal to the distal pair in U. annae and U. oxymerus . Uroptychus seductus differs from U. tridentatus , in addition to the difference in the spination of P 2-3 dactyli (see above), in having the antennal scale overreaching the antennal peduncle by the full length of article 5 instead of reaching at most the second segment of flagellum.

The new species is also close to U. vicinus n. sp. in the spination of the carapace and P 2-4, and the shapes of the antenna and sternum. Their relationships are discussed under the remarks of that species (see below). 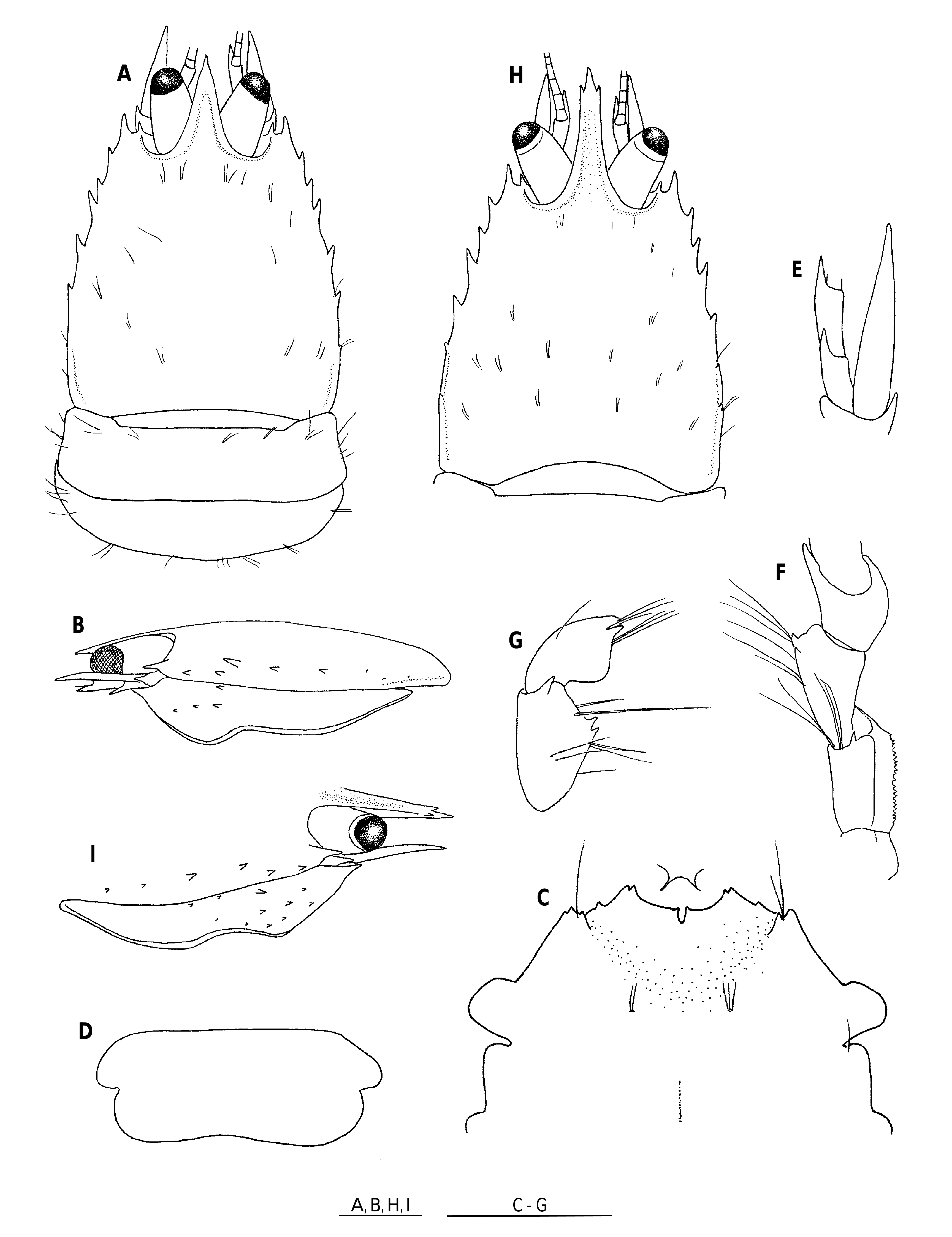 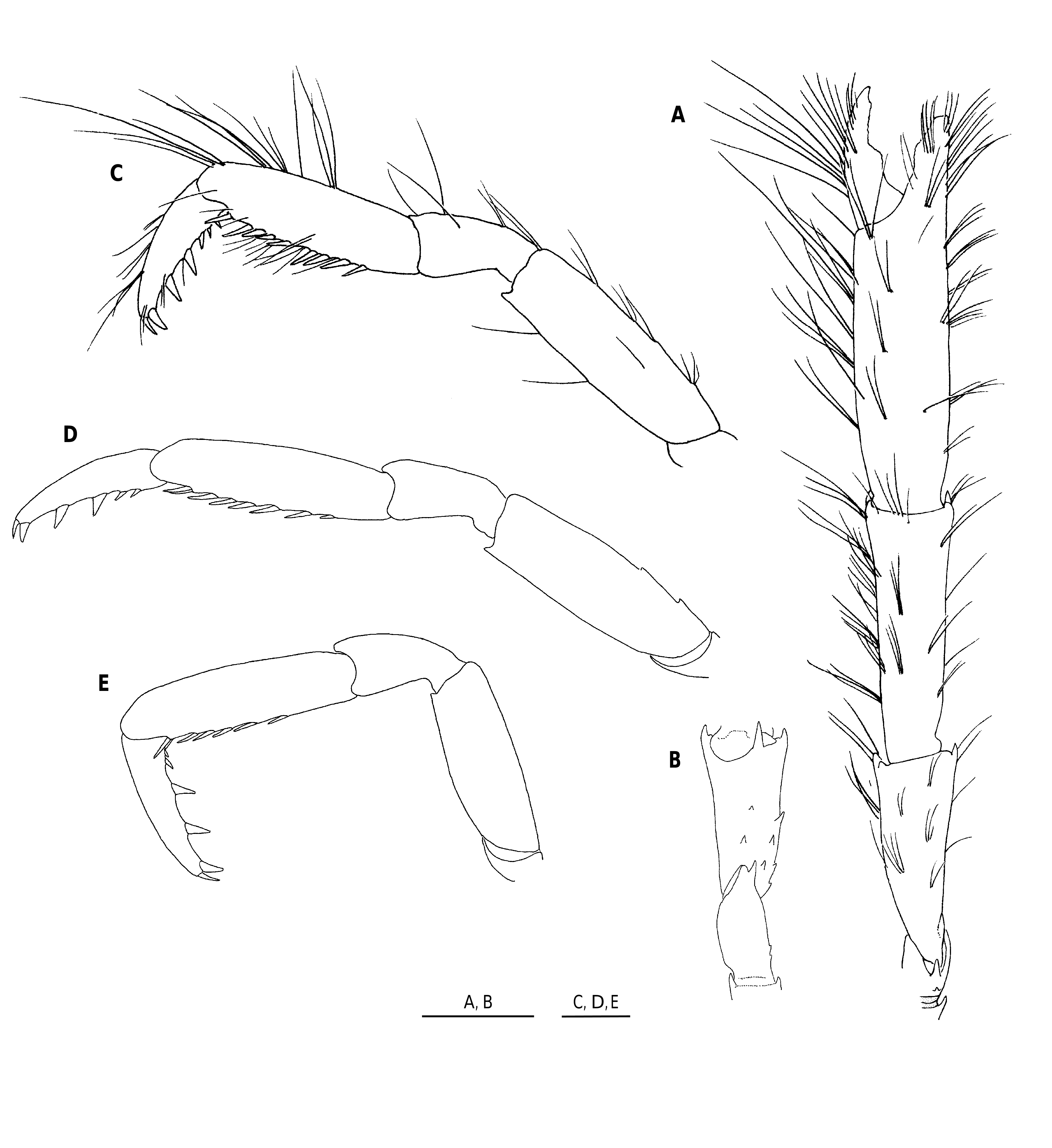