ETYMOLOGY„ From the Latin squamus (scale) and fer (the suffix meaning bear), referring to scale-like ridges on the carapace dorsal surface.

Mxp: Mxp1 with bases close to each other. Mxp3 basis with 4 denticles on mesial ridge, distal one distinct, others obsolescent. Ischium with very small denticles (about 35) on crista dentata, flexor margin not rounded distally. Merus twice as long as ischium, ridged along flexor margin with a few obsolescent denticles distal to midlength, distolateral spine well developed. Carpus with 1 distolateral and 1 proximo-lateral spine, and a few denticles between.

REMARKS„ Uroptychus squamifer resembles U. strigosus n. sp. in the carapace that bears scale-like ridges on the dorsal surface and a row of strong spines on the lateral margin, and in the abdominal somite 1 that bears a sharp transverse ridge. However, they differ from each other in many aspects as discussed under the remarks of U. strigosus (see below). 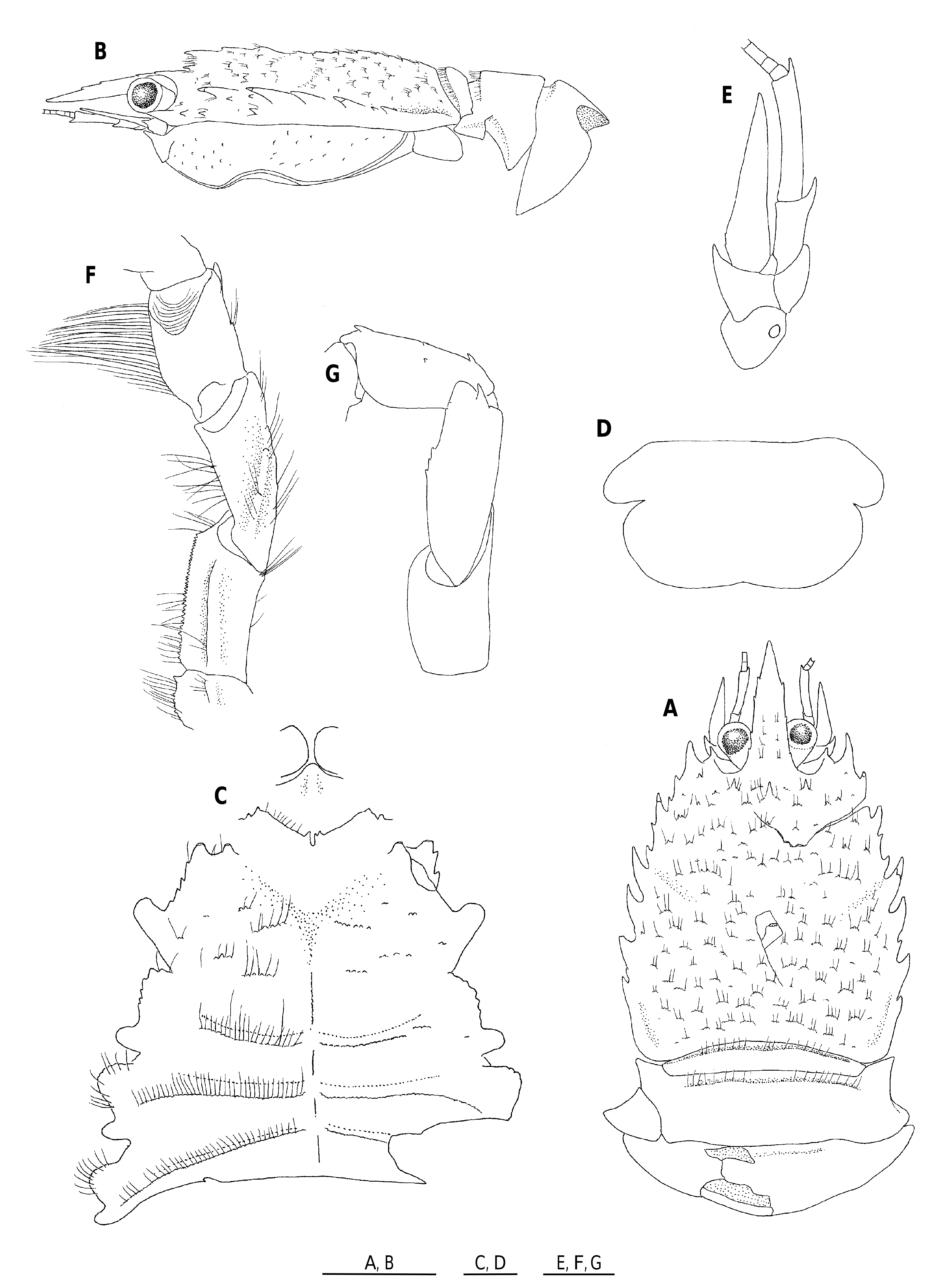 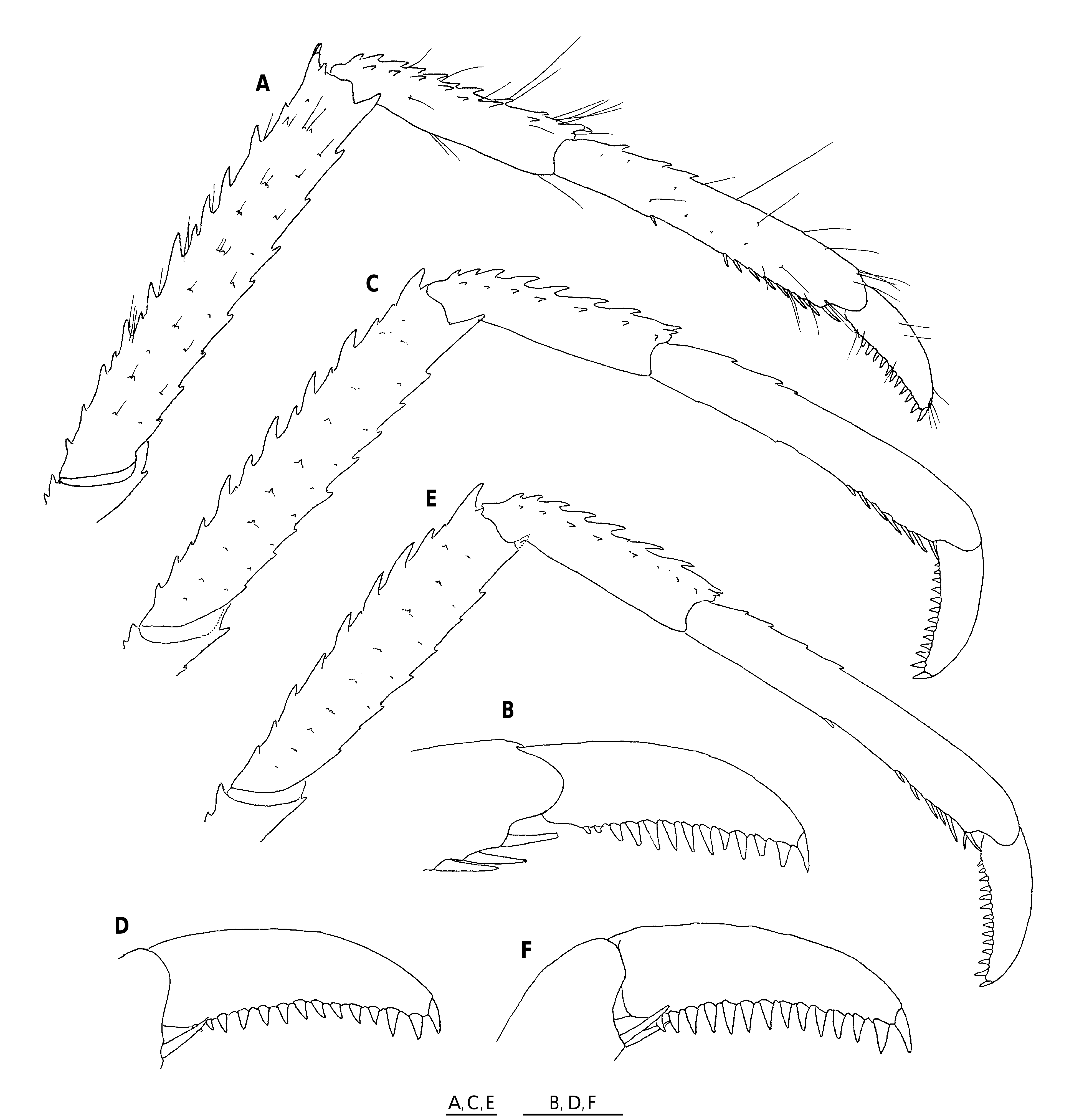