ETYMOLOGY„ From Tafea, one of the six provinces of Vanuatu from which the species was found, and the Latin suffix anus (belonging to).

Eye: Short, 1.5 × longer than broad, not reaching midlength of rostrum, distally narrowed, lateral and mesial margins convex. Cornea more than half as long as remaining eyestalk.

Color (in preservative). Reddish stripe in midline of carapace as broad as rostrum, extending on to somite 6 of abdomen; similar stripe on each side of carapace but not clear on abdomen; in female, median stripe broadened on gastric region where connecting to side stripes.

REMARKS„ The species resembles U. plumella n. sp., U. senticarpus n. sp., and U. shanei n. sp. (see above under the accounts of these species for their similarities). From all of these congeners U. tafeanus is readily distinguished by the ultimate flexor marginal spine of the P 2-4 dactyli that is somewhat smaller instead of distinctly larger than the penultimate, hence these two groups are remote from each other in the key to species (see above). Uroptychus tafeanus is closer to U. senticarpus , from which it is distinguished by the anterolateral spine of the carapace directed anteromesially instead of anterolaterally; the distodorsal margin of the P 1 carpus is unarmed instead of bearing a distinct spine at the midpoint of the distodorsal margin; and the P 2-4 carpi are unarmed instead of bearing a small proximal spine on the extensor margin. 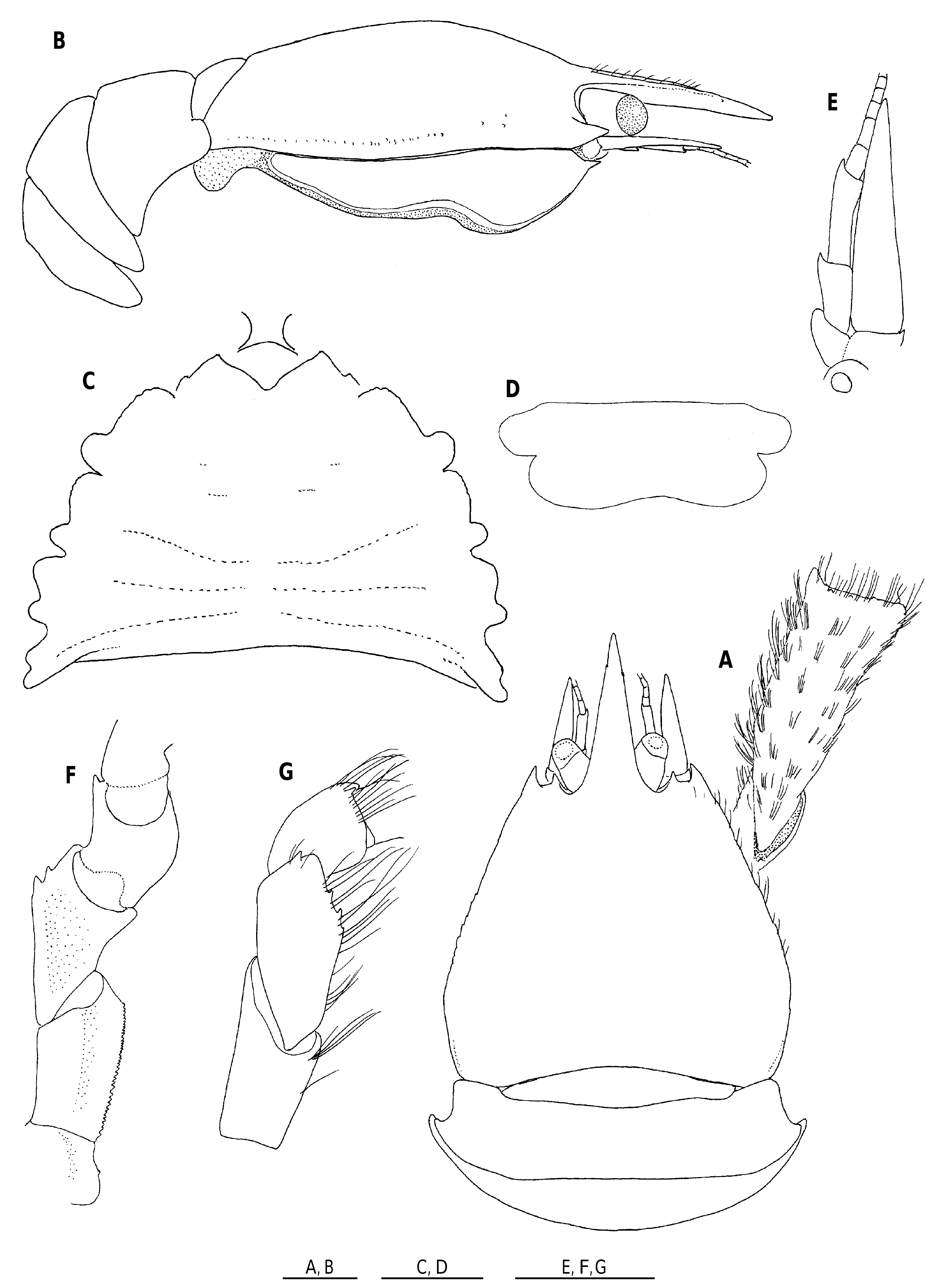 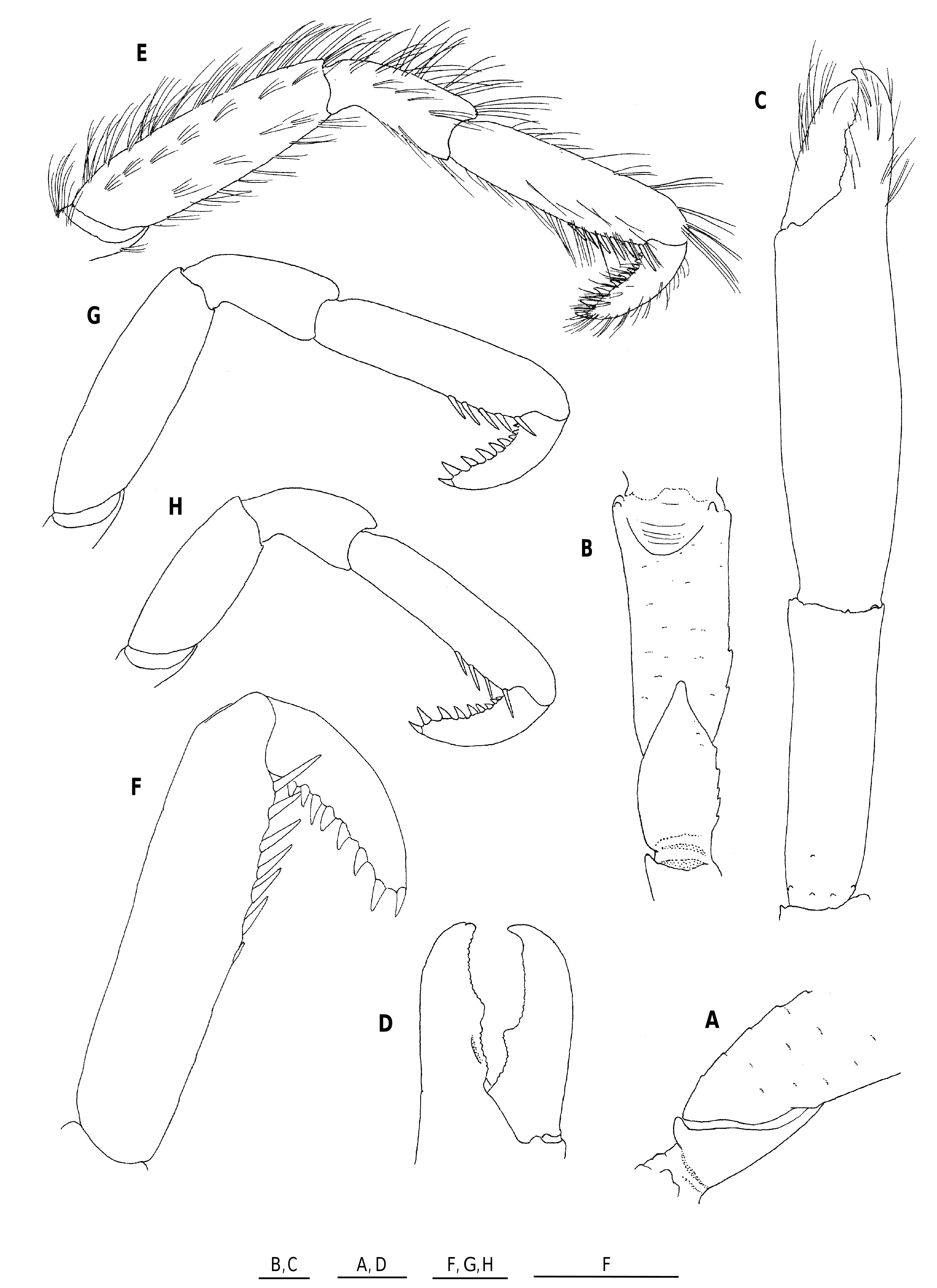