ETYMOLOGY„ Named for the SMIB 5 cruise by which the new species was collected; used as a noun in apposition.

Eye: Elongate, 2 × longer than broad at base, distally narrowed, reaching apex of rostrum. Cornea much less than half as long as remaining eyestalk.

REMARKS — The spination of both the carapace and the P 2-4 dactyli displayed by the new species is similar to that of U. lanatus n. sp. (see above). Uroptychus smib is differentiated from U. lanatus by the ill-defined lateral orbital angle, the elongate eyes, the short antennal scale terminating in midlength of the ultimate article, sternite 3 having a pair of median spines on the anterior margin, and P 2-4 being more slender and propodi much longer relative to dactyli. 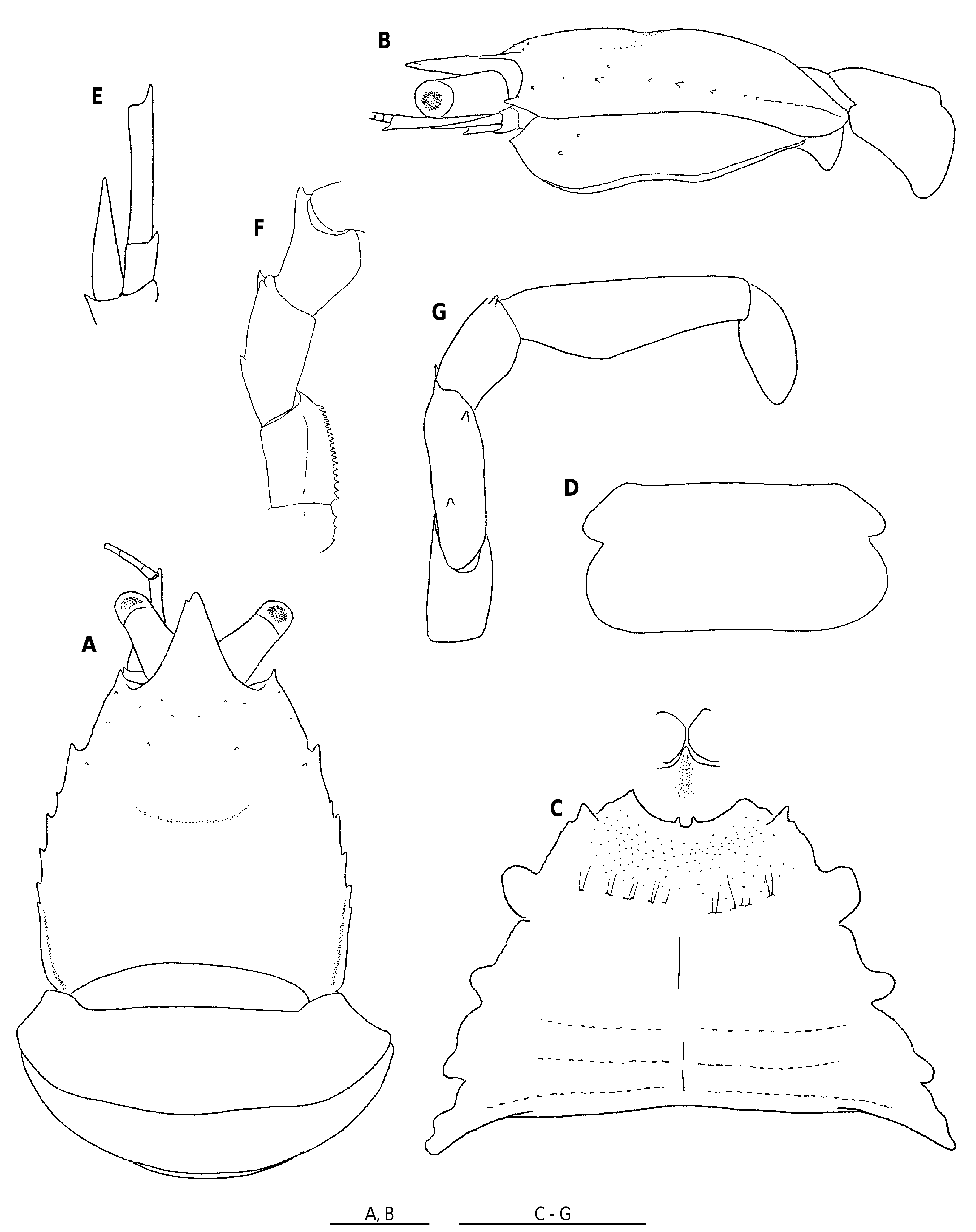 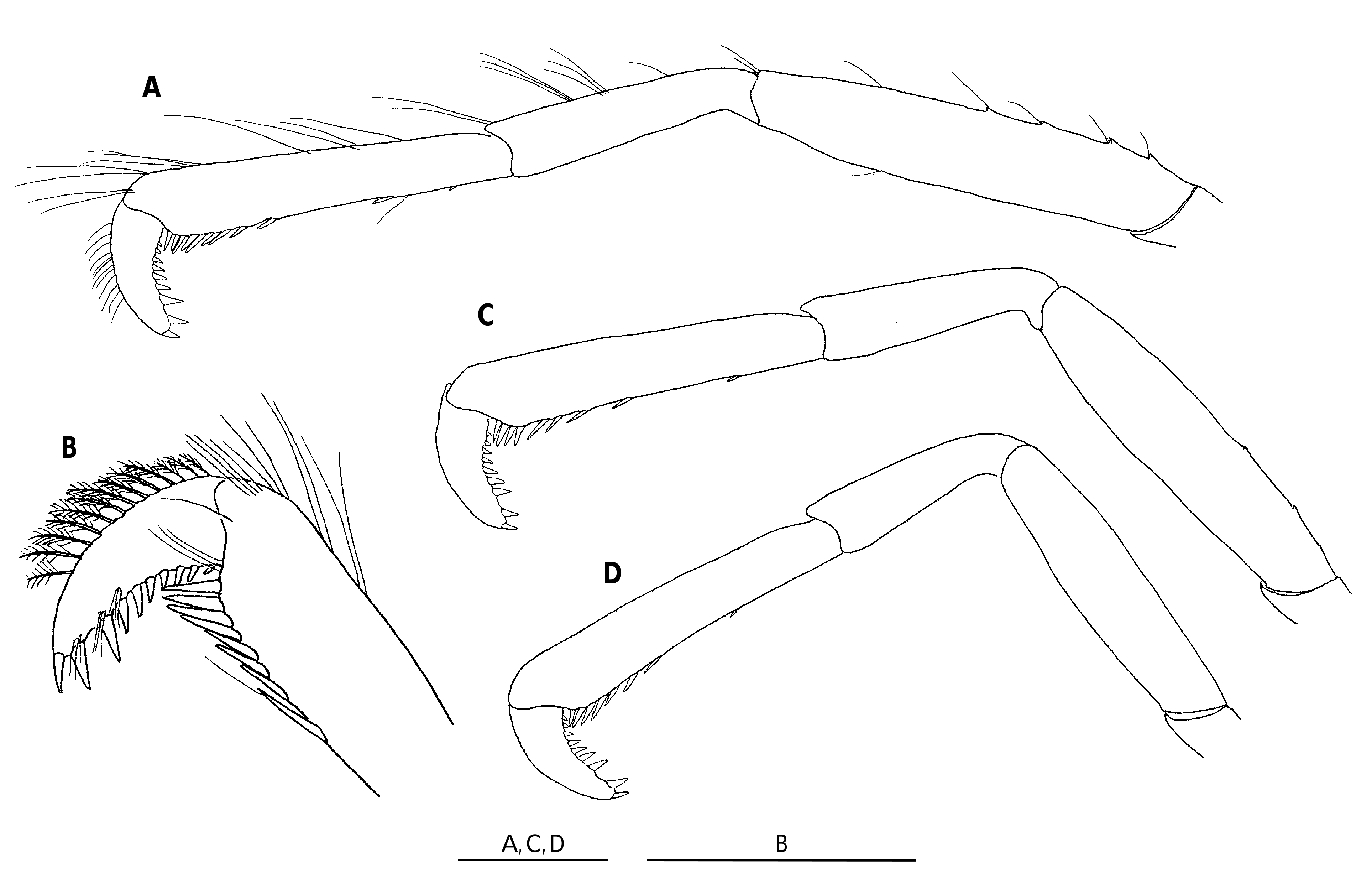