ETYMOLOGY„ From the Latin spinulus (dim. of spina, small spine), referring to small spines (two in number) on the dorsal proximal margin of P 2 merus, a character to help separate the species from related species.

Eye: Elongate, 2 × as long as broad, overreaching midlength of rostrum, somewhat narrowed distally. Cornea about half as long as remaining eyestalk.

REMARKS — The arrangements of spines on the carapace and P 2-4 dactyli are very much like those of U. dissitus n. sp. (see above). Uroptychus spinulus is distinguished from U. dissitus by the following: the pterygostomian flap is anteriorly roundish instead of angular, although ending in a small spine in both species; the antennal scale slightly overreaches the midlength of article 5, not reaching the end of that article, instead of slightly overreaching the distal end of article 5; the P 1 merus is mesially smooth and unarmed instead of bearing strong spines; the P 2 merus bears 1 or 2 (usually 2) dorsal spines on the proximal portion instead of being unarmed; and the P 2-4 propodi bear a row of 14-17 flexor spines, other than the terminal pair, along the entire length, instead of at most 5 spines on the distal half. 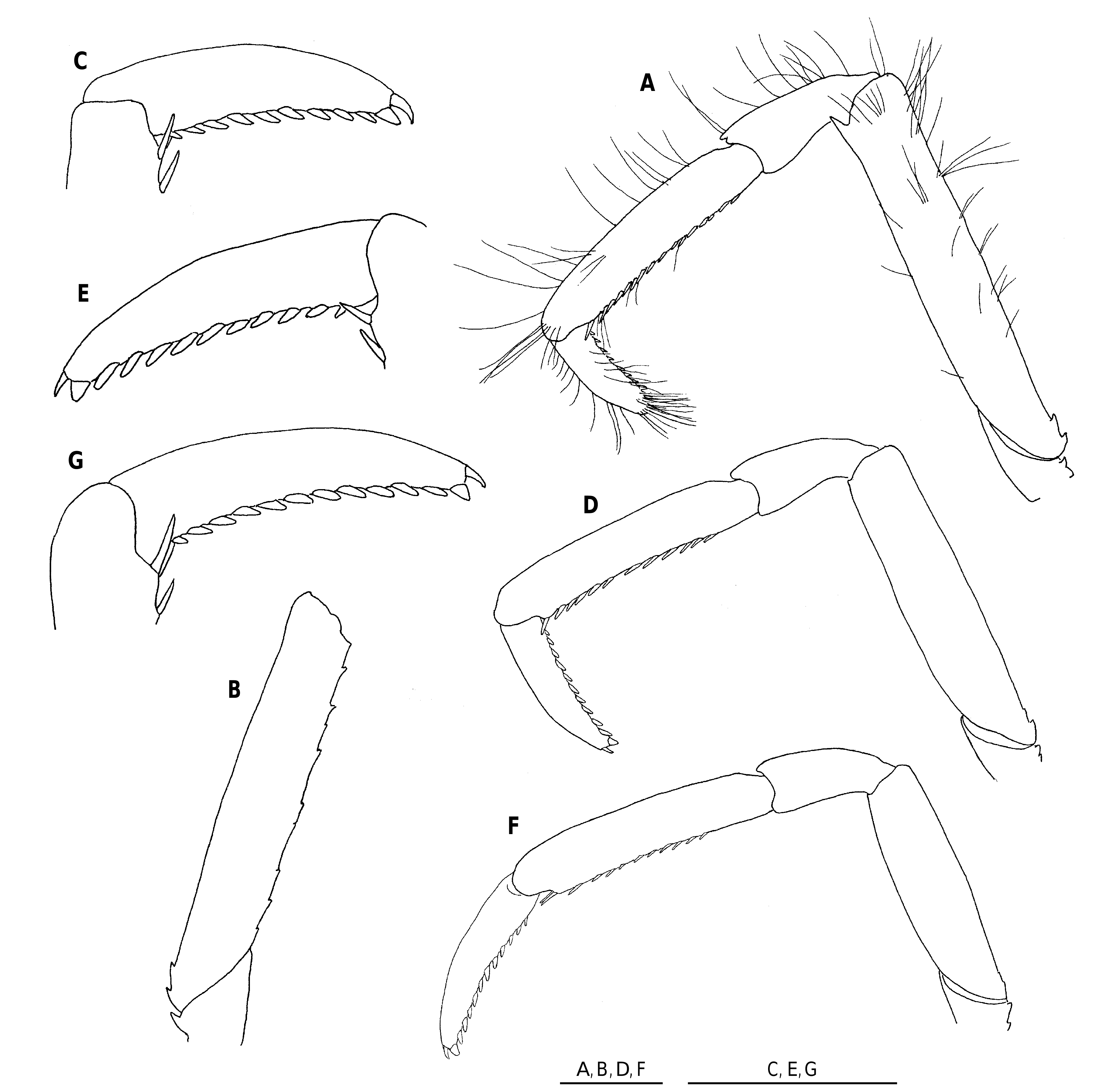