Antennule and antenna: Ultimate article of antennule 2.9 × longer than high. Antennal peduncle overreaching cornea. Article 2 without distinct lateral spine. Antennal scale more than 2 × as broad as article 5, ending in midlength of that article. Article 5 1.3 × longer than article 5, breadth 0.6 × height of antennular basal article; no spine on articles 4 and 5 but tuft of setae on each mesio-distoventral margin; flagellum of 11-12 segments.

REMARKS — The specimen examined agrees well with the description of the holotype, except that the P 3 carpus is relatively short.

The species is very similar to U. setosidigitalis Baba, 1977 from off Midway Island and U. onychodactylus Tirmizi, 1964 from the Maldives. In addition to the differences noted by Ahyong & Poore (2004), U. longvae is distinguished from these two species by the anterolateral spine of the carapace that is strong rather than small, extending far beyond instead of never overreaching the acuminate lateral orbital angle. Examination of the type material of Uroptychus onychodactylus shows that the P 2-4 dactyli are more strongly curved ( Figure 132 View FIGURE 132 ), a distinctive difference from U. longvae and U. setosidigitalis . 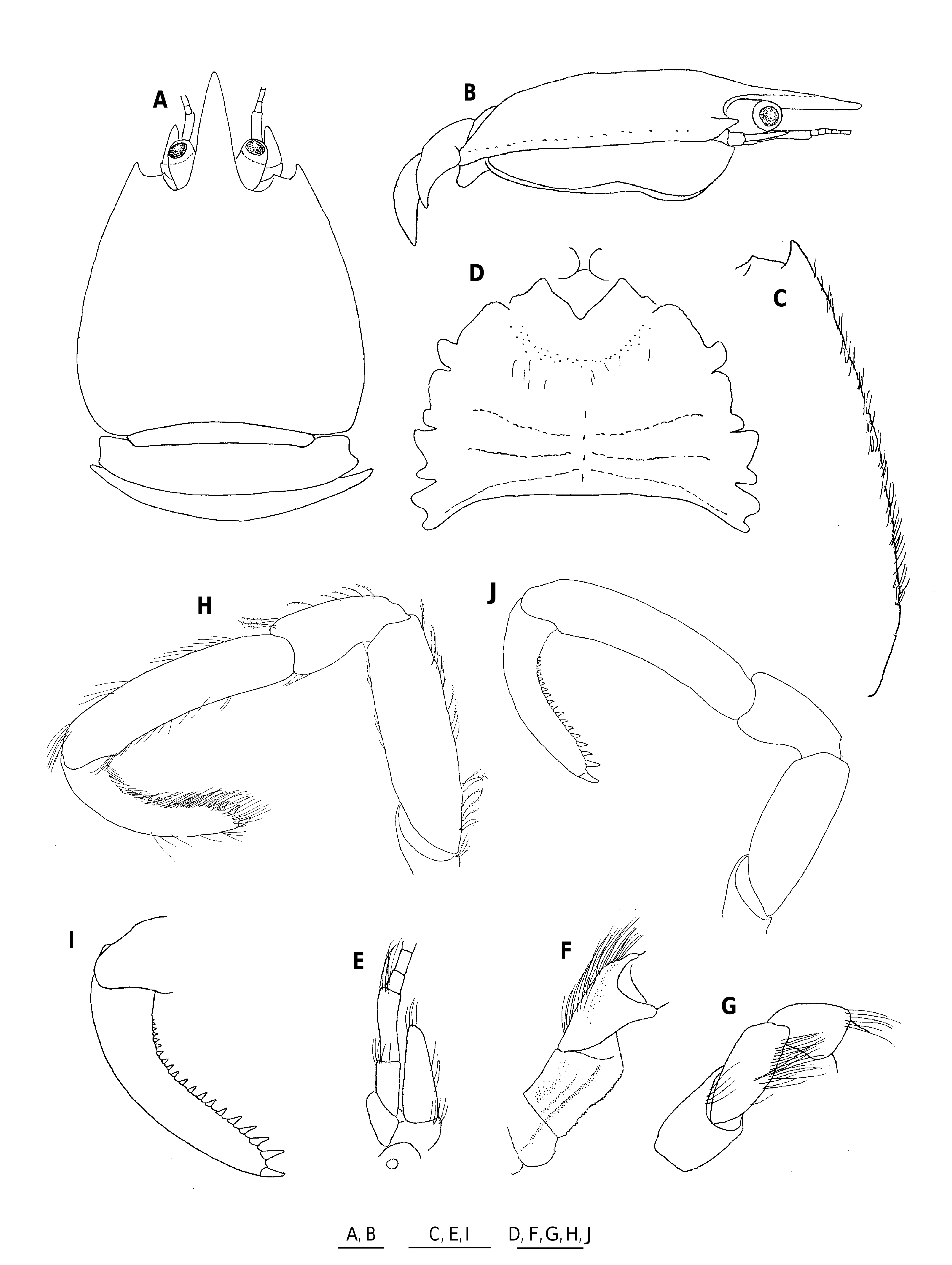 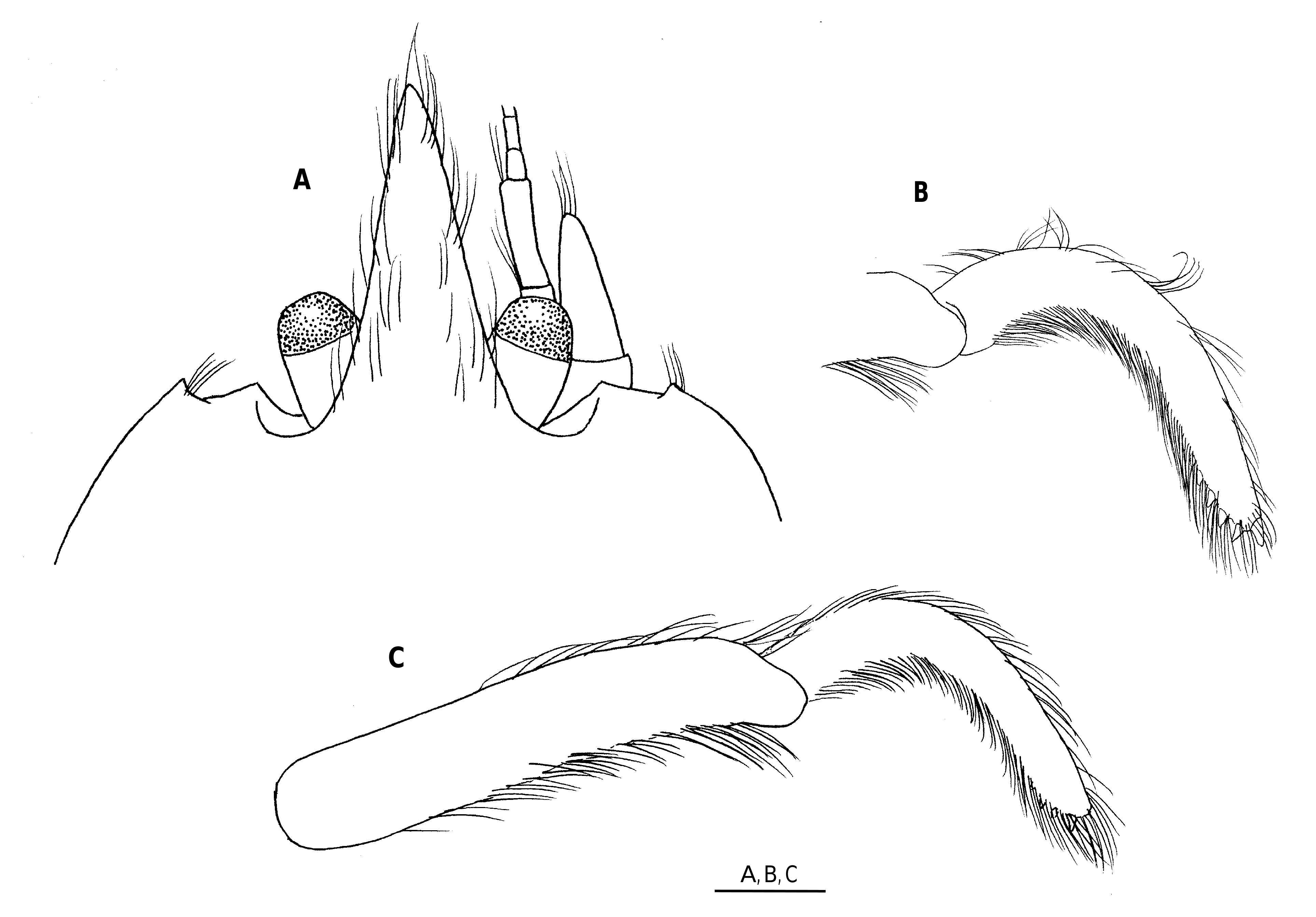