ETYMOLOGY„ From the Latin latior (broader), alluding to the carapace breadth being distinctly greater than that of the close relative U. edisonicus Baba & Williams, 1998 .

PARASITES — A rhizocephalan externa on the abdomen.

REMARKS — The combination of the following characters links the species to U. edisonicus Baba & Williams, 1998 , U. norfolkanus n. sp. and U. pedanomastigus n. sp.: the carapace broader than long, bearing an anterolateral spine only on the lateral margin; sternite 3 with a deeply excavated, semicircular anterior margin; P 1 almost spineless, with the fingers strongly incurved distally; the P 2-4 propodi distally broadened, and dactyli ending in a strong spine preceded by similar but proximally diminishing spines. Uroptychus latior differs from U. edisonicus ( Figure 121 View FIGURE 121 ) in having the carapace much broader (length-breadth ratio 0.7 versus 0.8), in having the anterolateral spine of the carapace directed anteromesially instead of straight forward, in having the antennal scale extending far beyond instead of terminating at the tip of the antennal article 5 (extending far beyond instead of slightly overreaching the eyes), in having the pterygostomian flap anteriorly ending in a small spine instead of being produced to a larger spine, and in having the P 2-4 dactyli with obliquely instead of perpendicularly directed flexor marginal spines. The relationships with U. norfolkanus and U. pedanomastigus are discussed under the accounts of the respective species (see below). 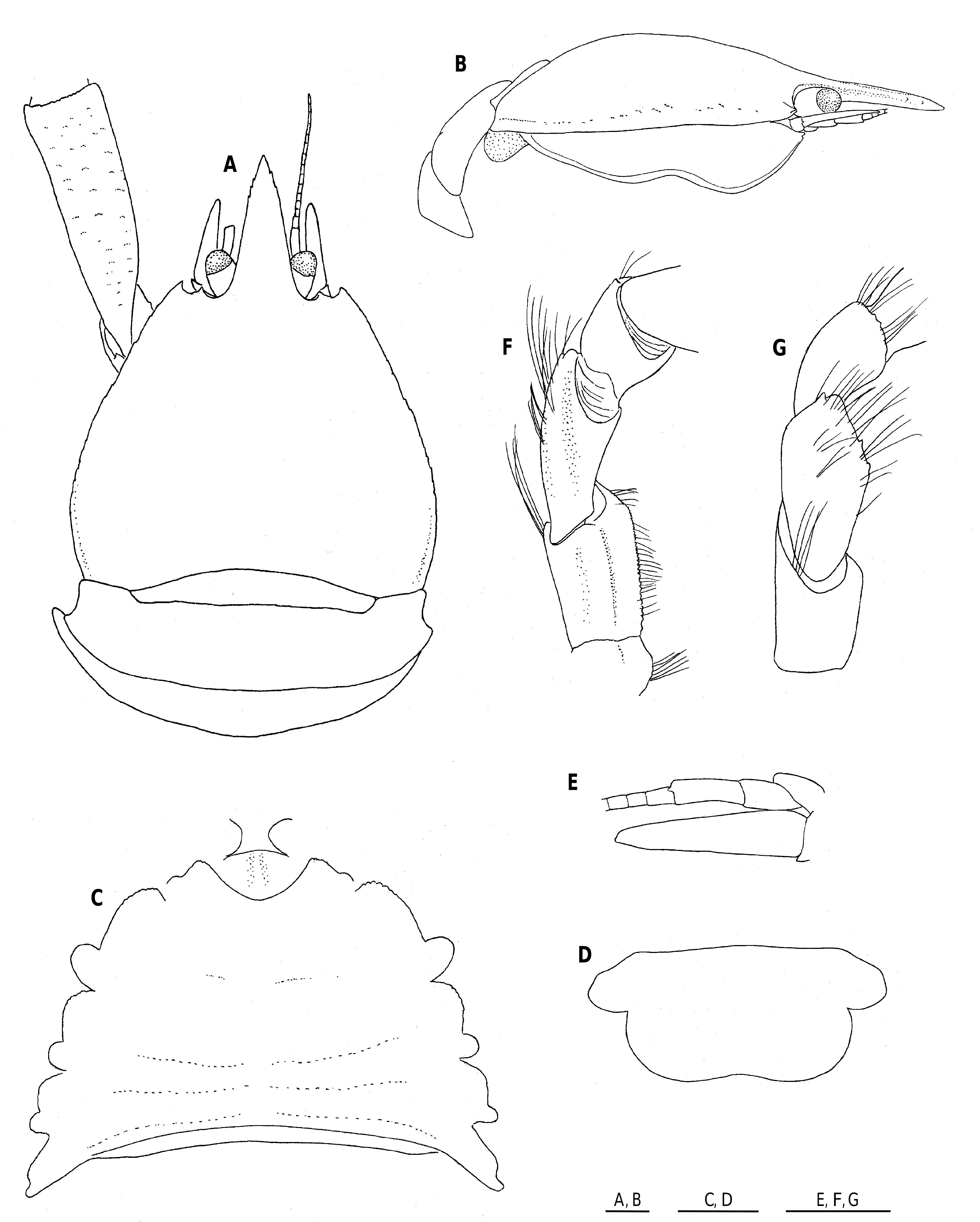