ETYMOLOGY„ The name is dedicated to the late Michéle de Saint Laurent who had shared the interest with me in squat lobsters.

REMARKS — The species is similar to U. paenultimus Baba, 2005 and U. volsmar n. sp. in having the anterolateral spine of the carapace very close to the lateral orbital spine, in having a short antennal scale, in having sternite 3 with the posterolateral margin relatively long, and in having the P 2-4 dactyli with the penultimate spine prominent and preceded by slender spines. Uroptychus laurentae is differentiated from U. paenultimus by: the rostrum that is much longer instead of slightly shorter than broad; article 4 of the antennal peduncle that is unarmed instead of bearing a distinct distomesial spine; sternite 4 that has the posterolateral margin distinctly longer instead of slightly shorter than the anterolateral margin; the P 2-4 dactyli that are shorter relative to breadth (the length-breadth ratio 2.3-2.4 versus 3.1-3.4) and that bear the penultimate spine much greater, being 9 times instead of 5 times as long as the ultimate spine. Differences between U. laurentae and U. volsmar are mentioned under the remarks of the latter (see below). 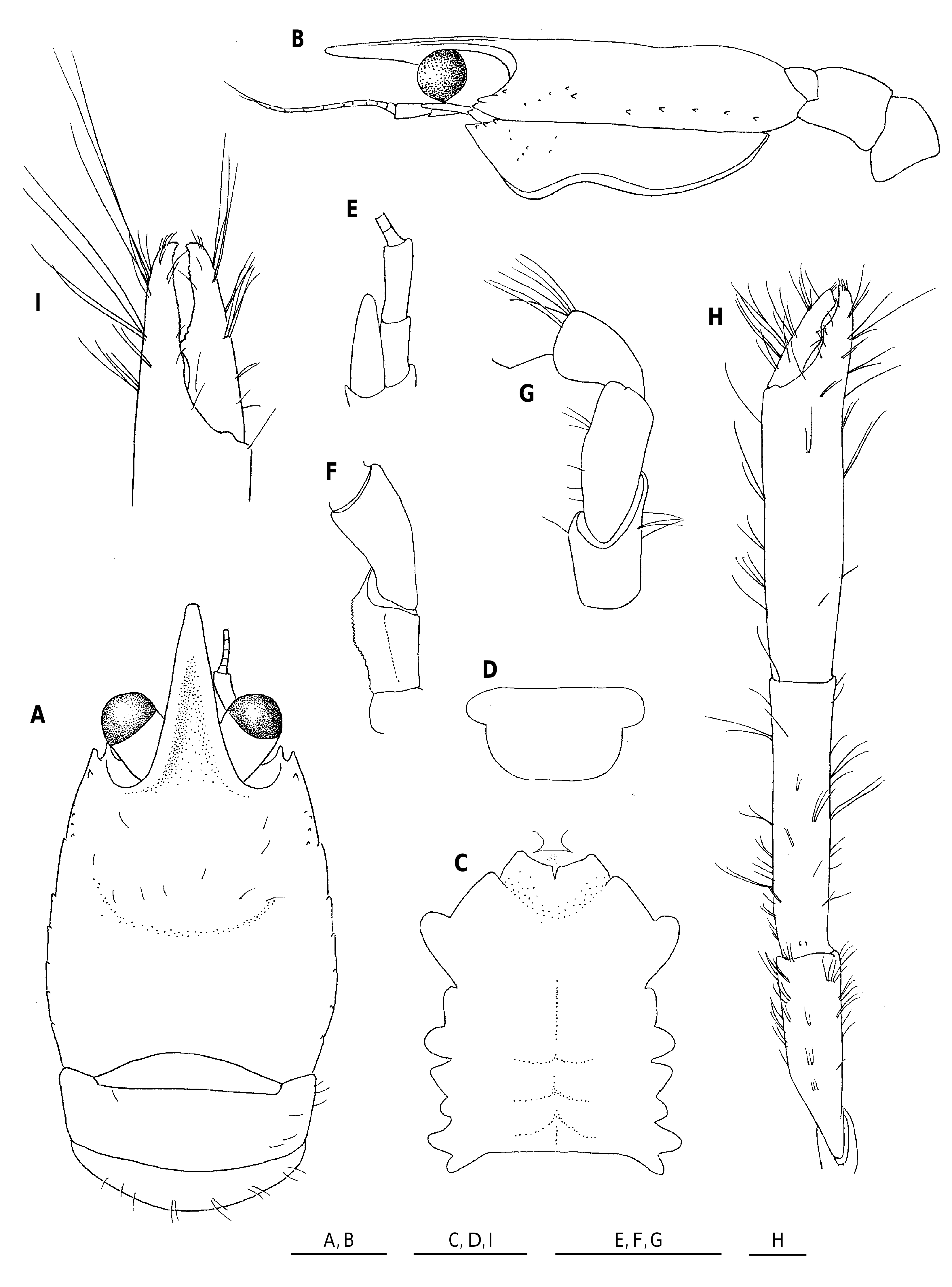 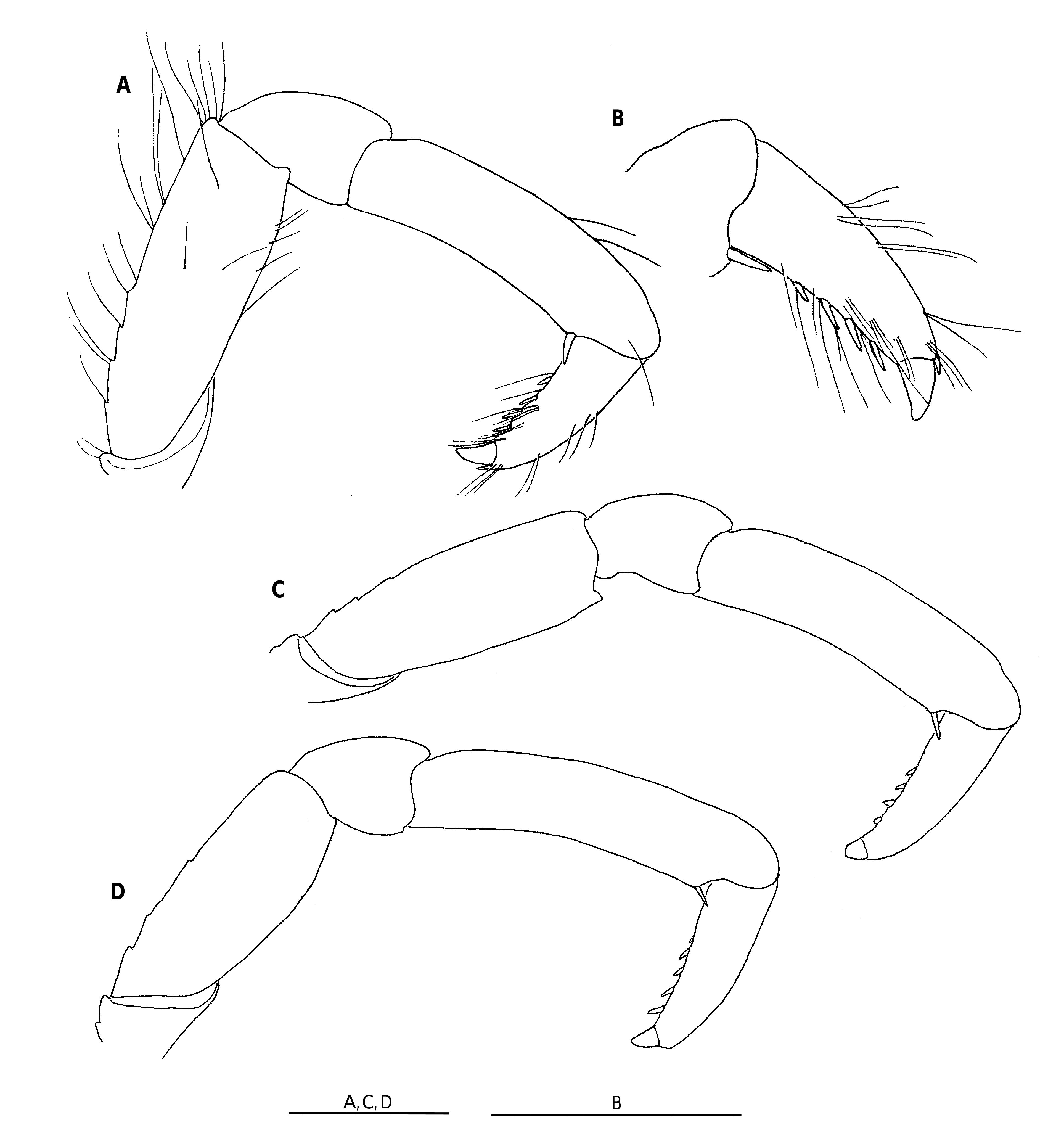