ETYMOLOGY„ From the Latin magnus (large) and pedalis (of the foot), referring to a massive P 1 of the species.

Abdomen: Smooth, polished and glabrous. Somite 1 convex from anterior to posterior, without transverse ridge. Somite 2 tergite 2.7-3.0 × broader than long; pleuron anterolaterally and posterolaterally blunt or bluntly angular, lateral margin slightly concave and slightly divergent posteriorly. Pleura of somites 3 and 4 tapering to angular or blunt tip. Telson about half as long as broad; posterior plate convex on posterior margin, length 1.2 × that of anterior plate.

Eye: Twice as long as broad, slightly narrowed distally, reaching anterior third of rostrum. Cornea not dilated, half as long as remaining eyestalk.

REMARKS — Uroptychus magnipedalis resembles U. baeomma n. sp. in having a subapical spine on each side of the rostrum, in having elongate eyes, and in the shapes of the P 2-4, sternal plastron and Mxp3. However, this new species may be differentiated from that species by the carapace bearing only one instead of 5 well-developed spines on the branchial margin, the antennal peduncle bearing much stronger instead of obsolescent spine on each of the distal two articles, and the antennal scale overreaching rather than falling short of the distal end of article 5. 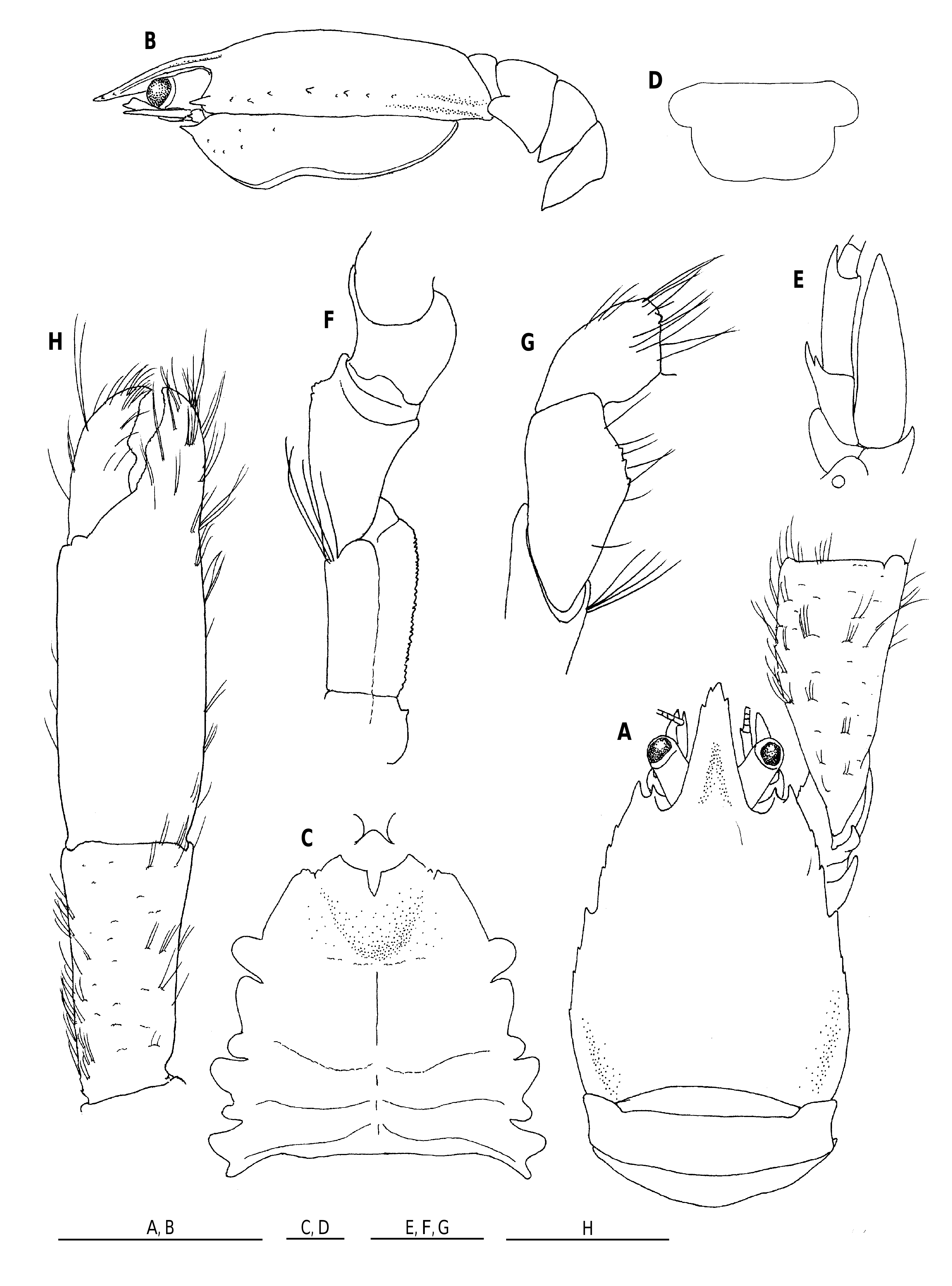 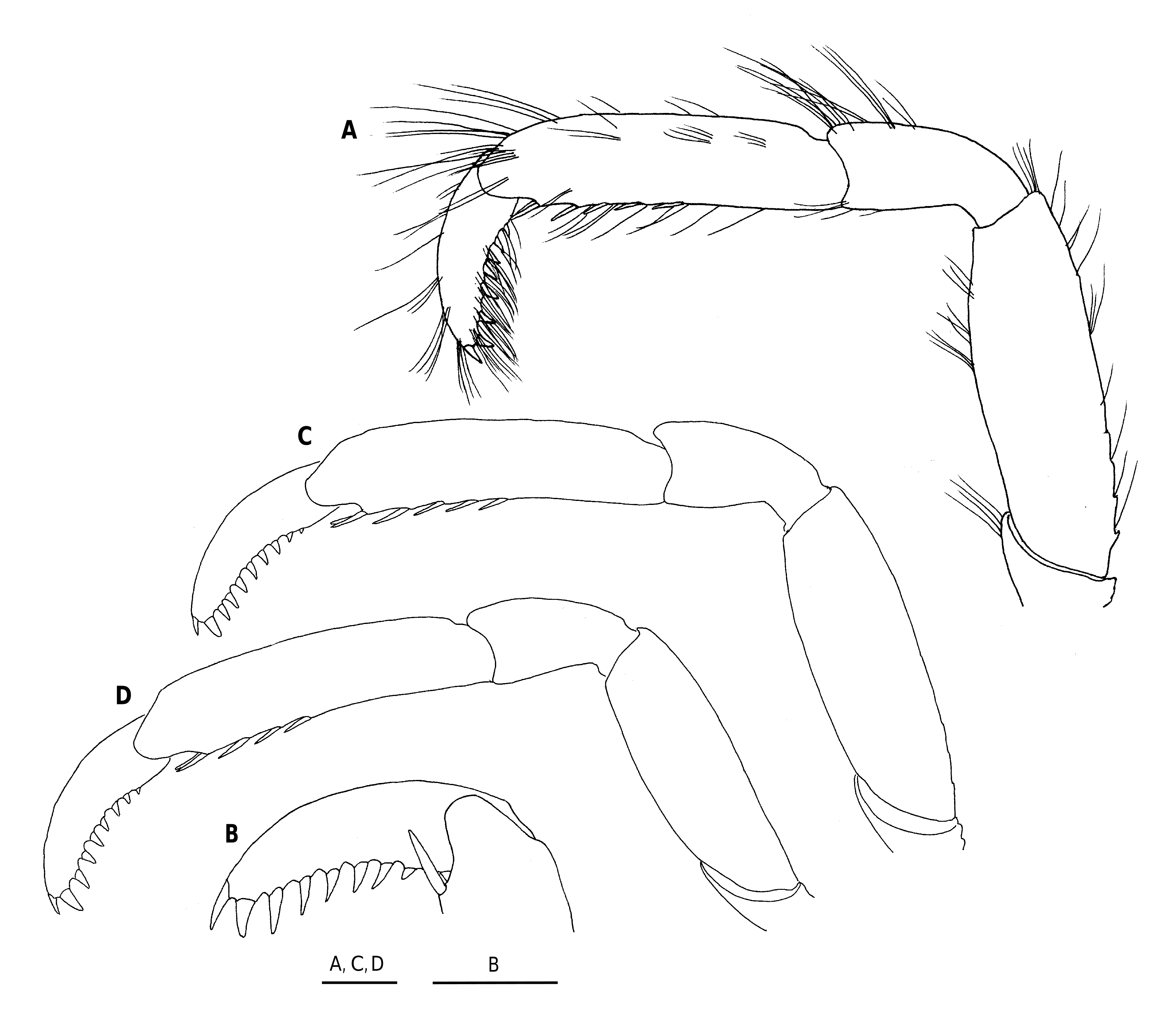