REMARKS — The material differs from the holotype in having sternite 4 more produced anteriorly, the pterygostomian flap bearing small spines, the P 2-4 propodi proximally bearing extensor marginal spines and carpi bearing additional row of small spines paralleling the row of extensor marginal spines, and 7 epigastric spines. However, they share nearly all essential features including the long rostrum, a pair of spines on the posterior branchial region and a pair of small spines on the cardiac region. The above-mentioned differences will in all probability be size-related; the type material is small, the carapace length being about half that of the present material.

The relationships with U. sexspinosus Balss, 1913a are discussed by Schnabel (2009). The spinose carapace lateral margin, spinose P 1-4 and the arrangement of spines on P 2-4 dactyli link the species to U. nanophyes McArdle, 1901 . Uroptychus paku is readily distinguished from that species by the longer rostrum that is four-fifths as long instead of at most half as long as the remaining carapace; the branchial and cardiac regions each bear a pair of dorsal spines; the P 2-4 propodi bear on the flexor margin a pair of terminal spines only instead of bearing additional row of spines proximal to the distal pair. In addition, the P 2-4 meri in U. paku bear a terminal spine only on the ventrolateral margin, whereas in U. nanophyes of more than 5.6 mm (poc) a row of spines are usually present on each of the ventrolateral and ventromesial margins of the P 2 merus, occasionally obsolescent on P 3 and P 4. 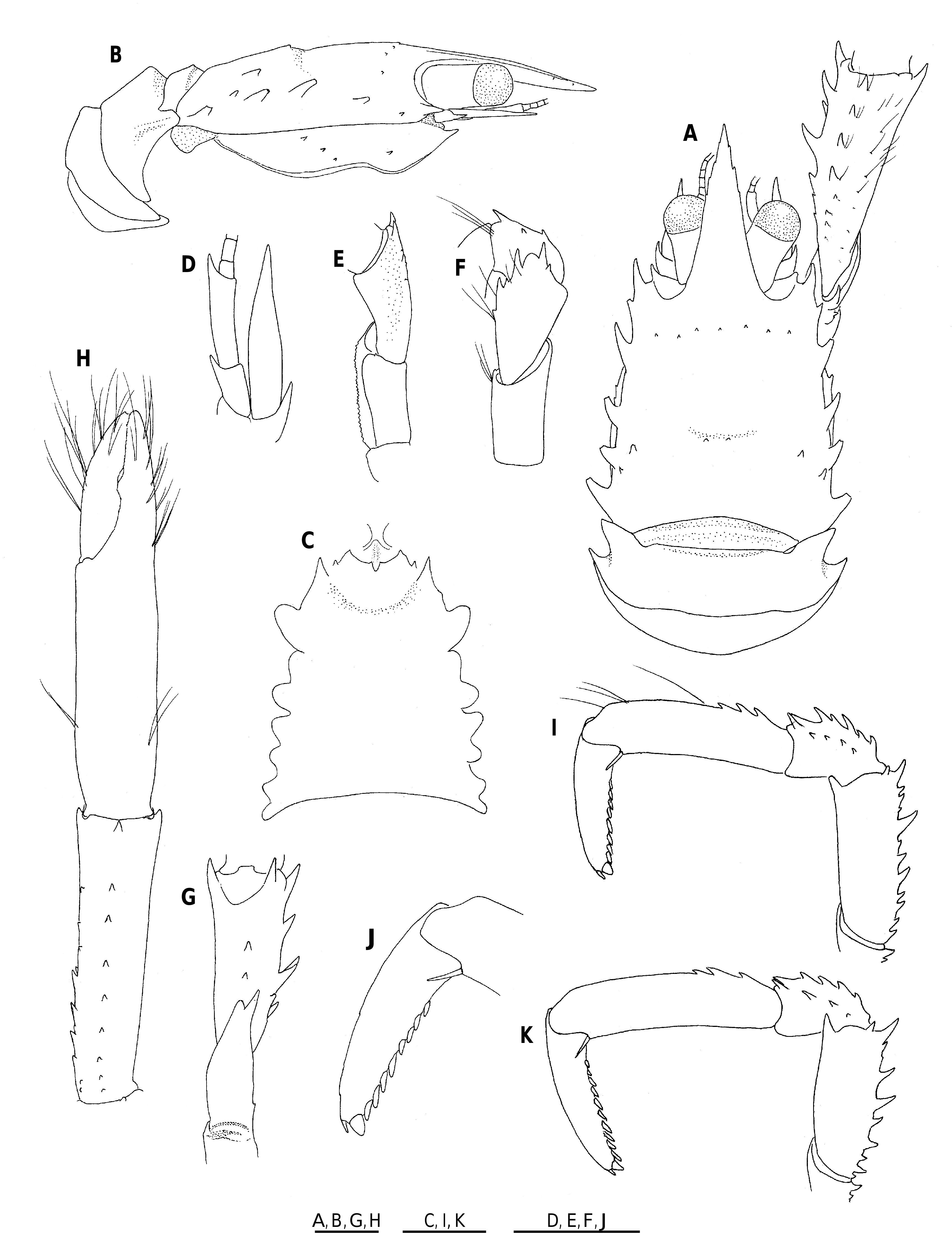