ETYMOLOGY„ Named for the type locality of the species.

REMARKS — The new species resembles U. edisonicus Baba & Williams, 1998 , U. latior n. sp. and U. pedanomastigus n. sp. in the carapace shape, in having a deeply excavated, semicircular anterior margin of sternite 3, in having the distally broadened P 2-4 propodi, in the arrangement of flexor marginal spines of P 2-4 dactyli, and in having nearly spineless P 1 with fingers distally strongly incurved. Uroptychus norfolkanus is distinguished from U. edisonicus ( Figure 121 View FIGURE 121 ) by the antenna that has articles 4 and 5 each with a distomesial spine instead of being unarmed, and the antennal scale reaching the proximal third segment of the antennal flagellum instead of terminating in the distal end of article 5; the P 3 propodus has an additional spine remotely proximal to the distal group of flexor marginal spines, which spine is absent in U. edisonicus ( P 2 and P 4 missing in U. norfolkanus ); and the P 3 dactylus is shorter than instead of subequal to the P 3 carpus (0.8 versus 1.0). Uroptychus norfolkanus differs from U. latior in having the anterolateral spine directed straight forward instead of anteromesially, in having the pterygostomian flap anteriorly produced to a distinct spine instead of bearing a tiny spine, in having the P 3 propodi with an additional spine remotely proximal to the distal group of flexor marginal spines, in having the eyes subcylindrical instead of distally narrowed, and in having the anterior margin of sternite 3 with obsolescent submedian spines, not smoothly semicircular. The relationships between U. norfolkanus and U. pedanomastigus are discussed under the account of the latter species (see below). 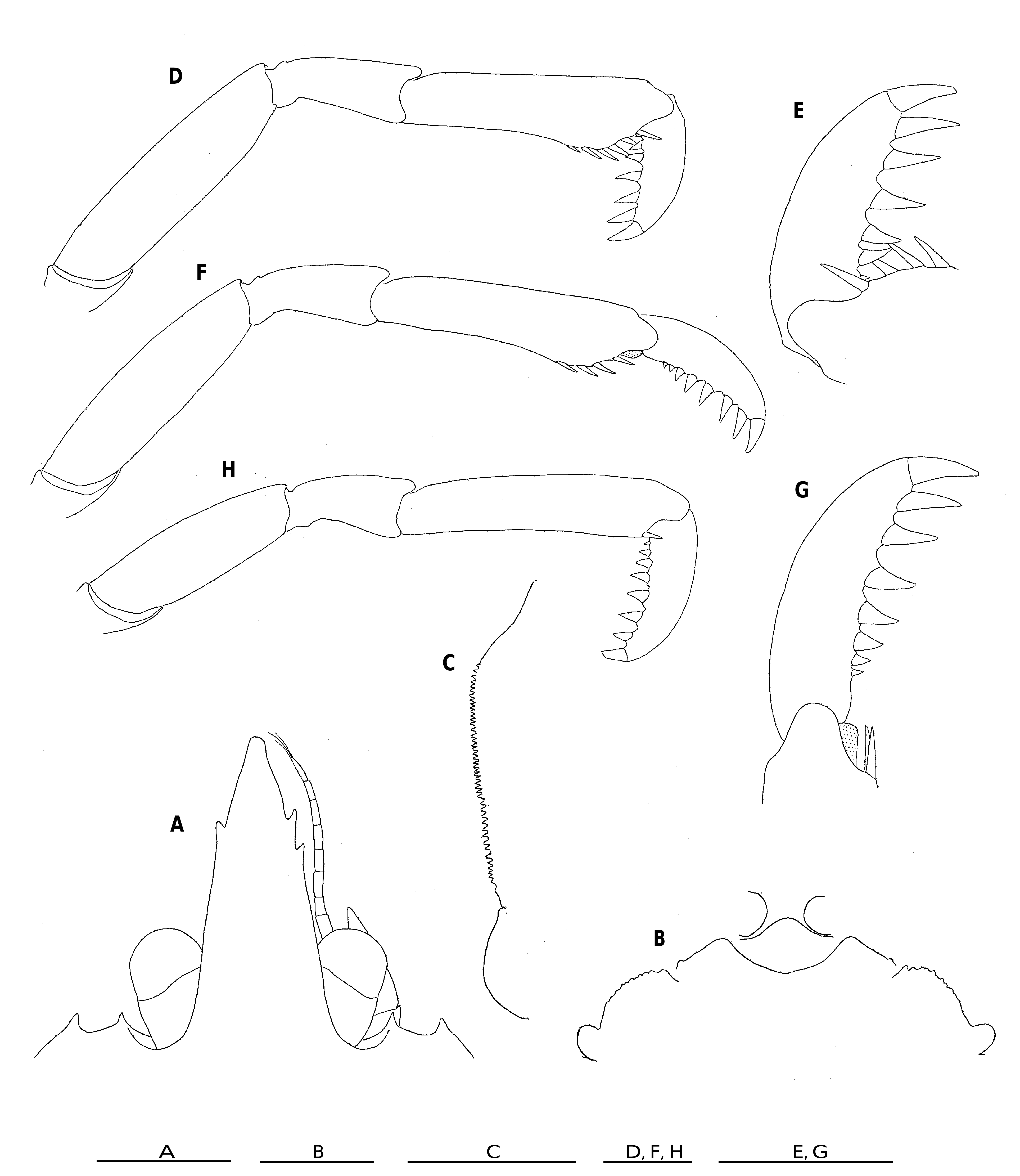 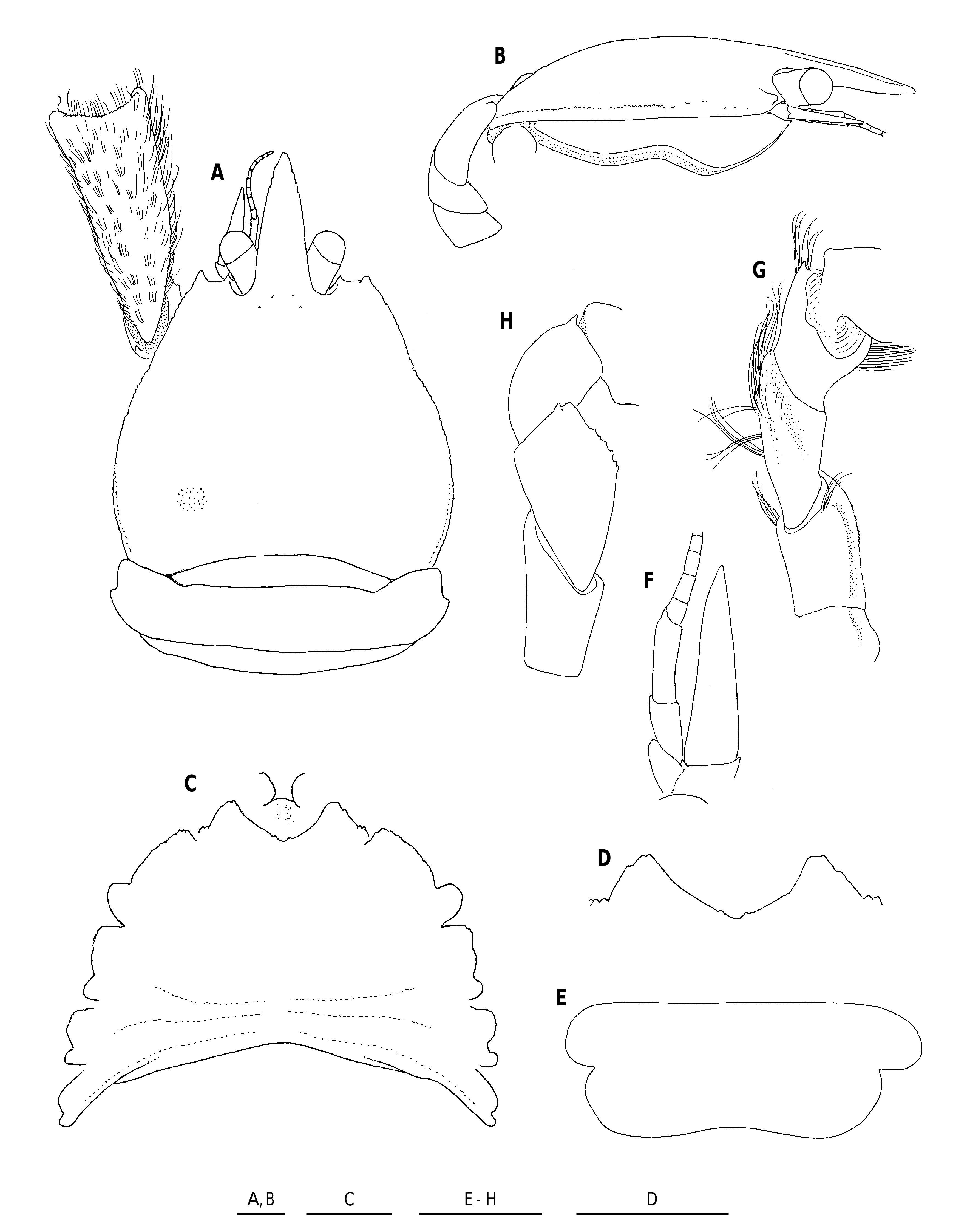 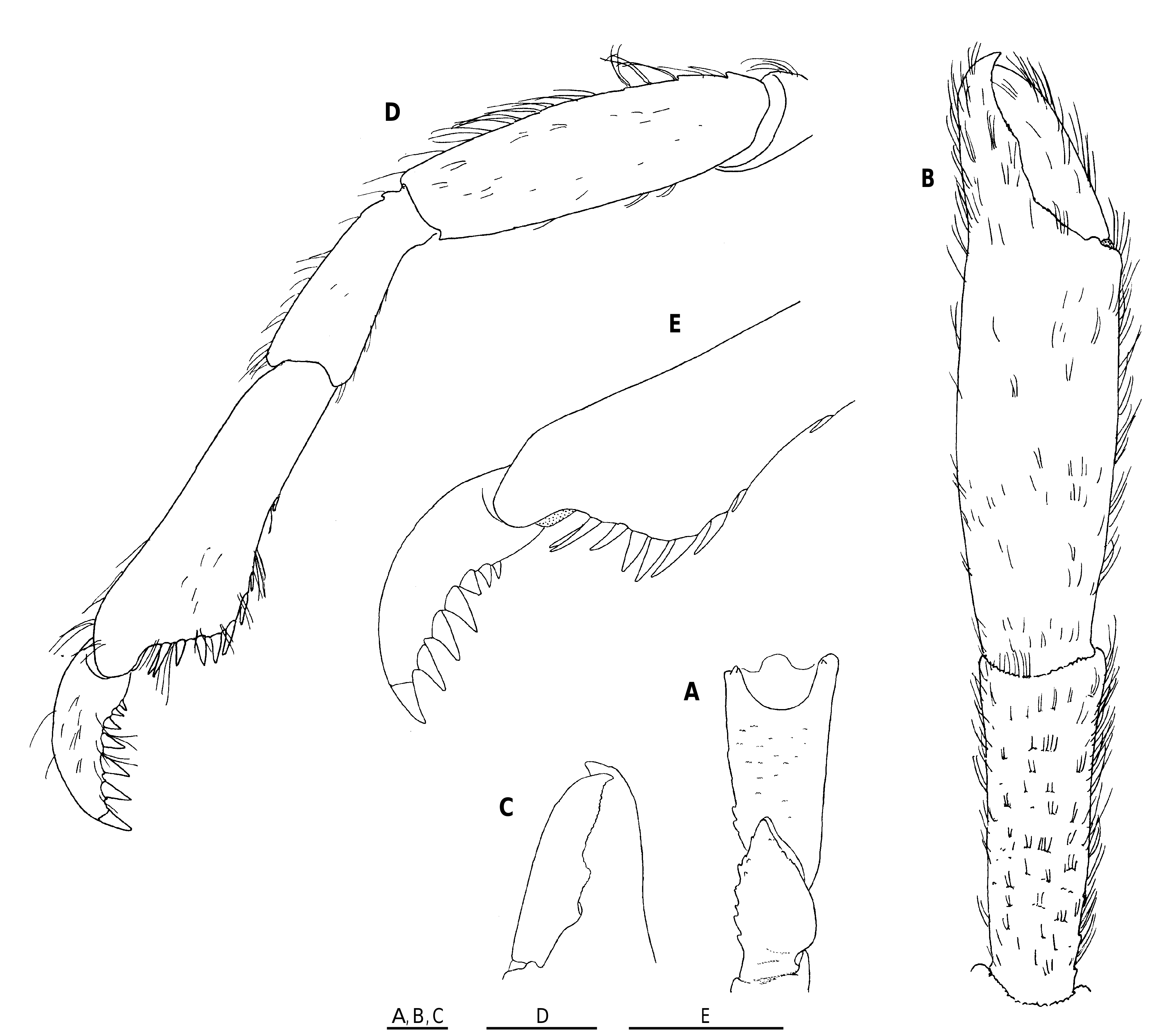