ETYMOLOGY„ From the Latin obtusus (blunt, dull), alluding to distomesial spines of antennal articles 4-5 that are distally blunt, not sharp as in other species, characteristic of the new species.

Eye: Short relative to breadth (1.4-1.5 × longer than broad), ending in midlength of rostrum, slightly broadened at midlength. Cornea not dilated, slightly more than half as long as remaining eyestalk.

REMARKS — The spination of pereopods in the new species is very similar to that of U. vulcanus n. sp. Their relationships are discussed under the account of that species (see below). 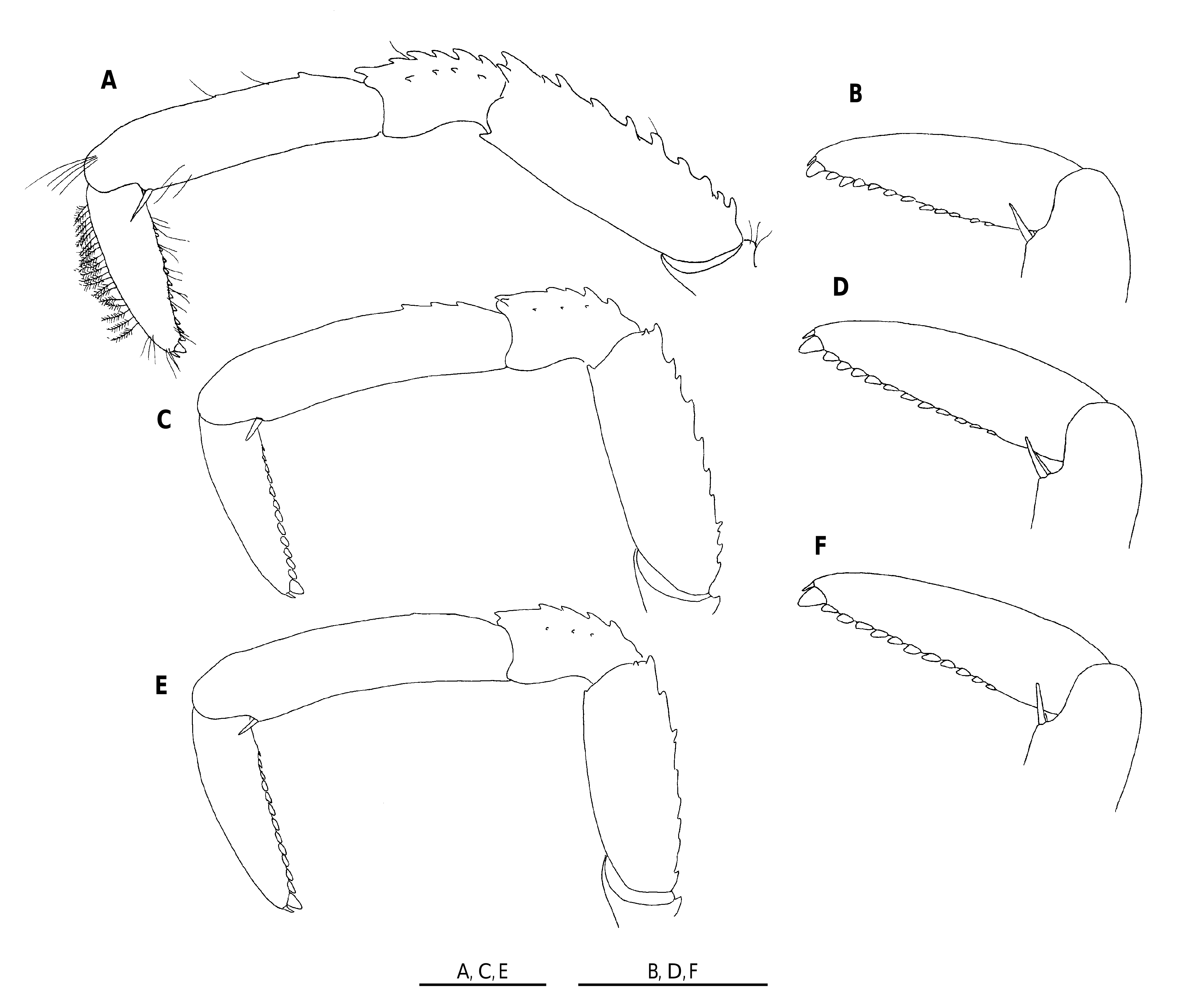