ETYMOLOGY„ Name for Danielle Defaye of MNHN for her help during my stays at the Paris Museum.

Color in preservative. Reddish bands on P 1 as in U. trispinatus , but no bands on fingers.

REMARKS — Uroptychus defayeae resembles U. clarki n. sp. and U. corbariae n. sp. (see their similarities under U. clarki ). Morphological differences between U. clarki and U. defayeae are small. In U. defayeae the carapace dorsal surface has a pair of epigastric spines only, instead of bearing additional spines flanking the epigastric pair as in U. clarki ; the strong anterolateral spine of the carapace is followed by two obsolescent instead of small but distinct spines; the crista dentata bears denticles on the median part, not along the entire length as in U. clarki ; the distolateral spine of the antennal article 2 is much stronger. Uroptychus defayeae differs from U. corbariae in having the posterior branchial margin with 4 or 5 spines instead of 1 spine (followed by a few short oblique ridges), in having the antennal article 2 with a strong instead of very small distolateral spine, and in having more slender pleura of abdominal somites 3-4. 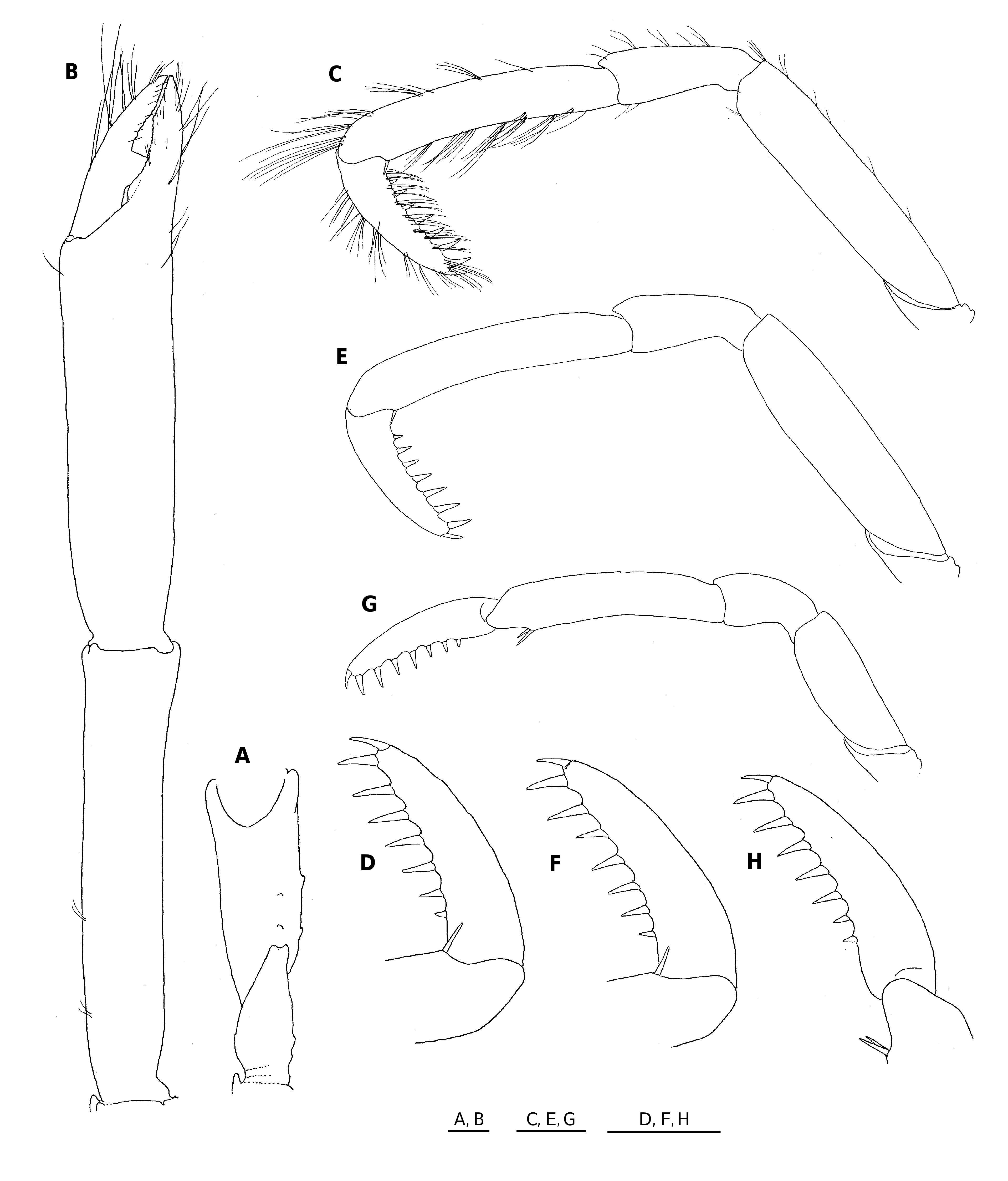