ETYMOLOGY„ From the Latin bu (prefix meaning large, huge) plus antenna plus tus (suffix denoting possession), referring to the relatively large size of the antennal peduncle displayed by the species.

Eye: 1.7-1.8 × longer than broad, not reaching midlength of rostrum; lateral and mesial margins subparallel. Cornea not dilated, length about half that of remaining eyestalk.

Mxp: Mxp1 with bases more or less close to each other but distinctly separated. Mxp3 barely setose on ischium and merus. Basis with a few obsolescent denticles on mesial ridge. Ischium relatively thick, with about 20 denticles on crista dentata, flexor margin not rounded distally. Merus 1.8 × longer than ischium, flexor margin not cristate but rounded, with very small spine at distal quarter of length; distolateral spine small. Carpus with small distolateral spine.

REMARKS — The combination of the following characters easily distinguishes the new species from the other members of the genus: the long rostrum is subequal to the length of carapace, and the relatively stout antennal peduncle has article 5 distally noticeably broadened with a strong terminal spine, and the massive P 1. The antennal article 5 in the new species is broader than the height of antennular ultimate article as in U. angustus n. sp. (see above) but U. buantennatus is readily distinguished from that species by having no spine on the carapace dorsal surface, by having the sternite 3 anterior margin V-shaped without median notch, and by having P 1-4 broader relative to length, with P 1 ischium unarmed on the ventromesial margin.

The species is somewhat similar to U. triangularis Miyake & Baba, 1967 in the spination of the carapace and P 2-4 meri. In addition to the above-mentioned differences, U. buantennatus is distinguished from that species by the P 2-4 carpi bearing distinct spines (rarely obsolescent on P 3-4) instead of being unarmed on the extensor margin; and the anterior margin of sternite 3 is V-shaped instead of semicircular. 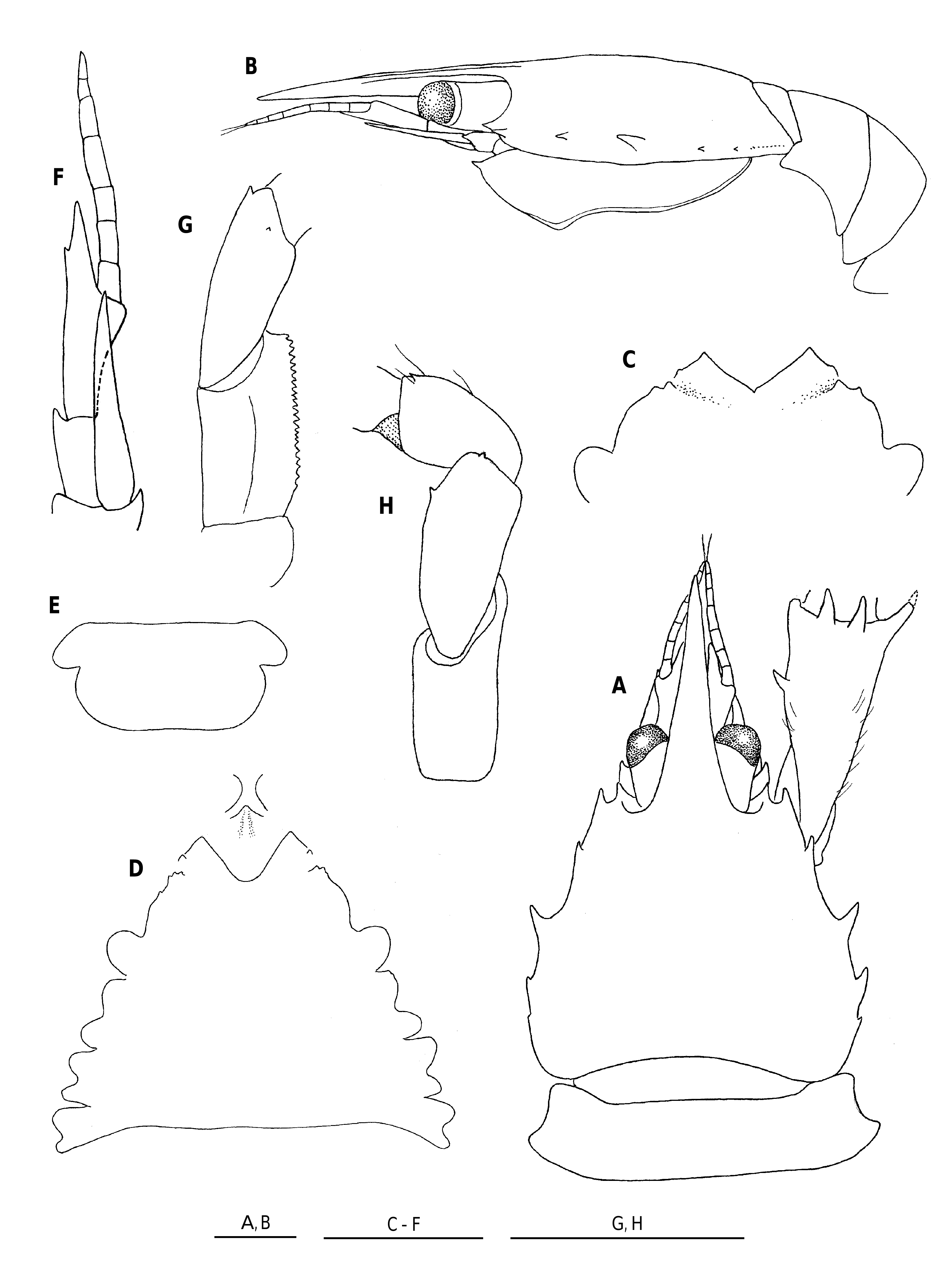