ETYMOLOGY„ From the Latin dissitus (distant), alluding to the anterior second of the carapace lateral marginal spines that is remotely separated from the first anterolateral spine.

Mxp: Mxp1 with bases close to each other. Mxp3 basis smooth, without denticles on mesial ridge. Ischium having flexor margin distally rounded; crista dentata with obsolescent denticles. Merus 2.0 × longer than ischium, broad relative to length, flattish, and concave on mesial face; flexor margin sharply cristate and convex on distal third, bearing a few obsolete denticles. Small but distinct distolateral spine on each of merus and carpus.

REMARKS — The carapace shape and the spination of the P 2-4 dactyli of the species are very similar to those of U. spinu-

lus n. sp. Their relationships are discussed under that species (see below). 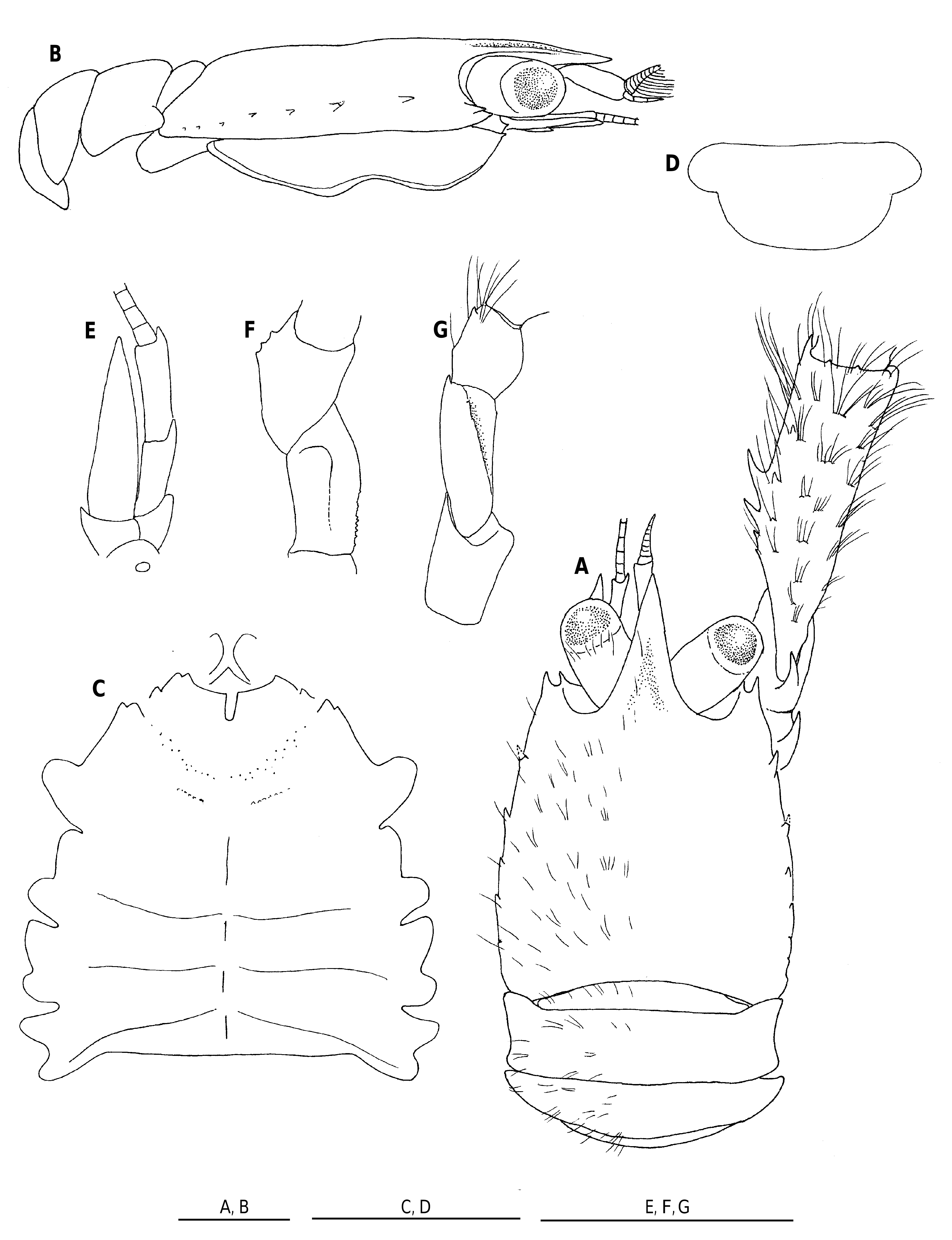 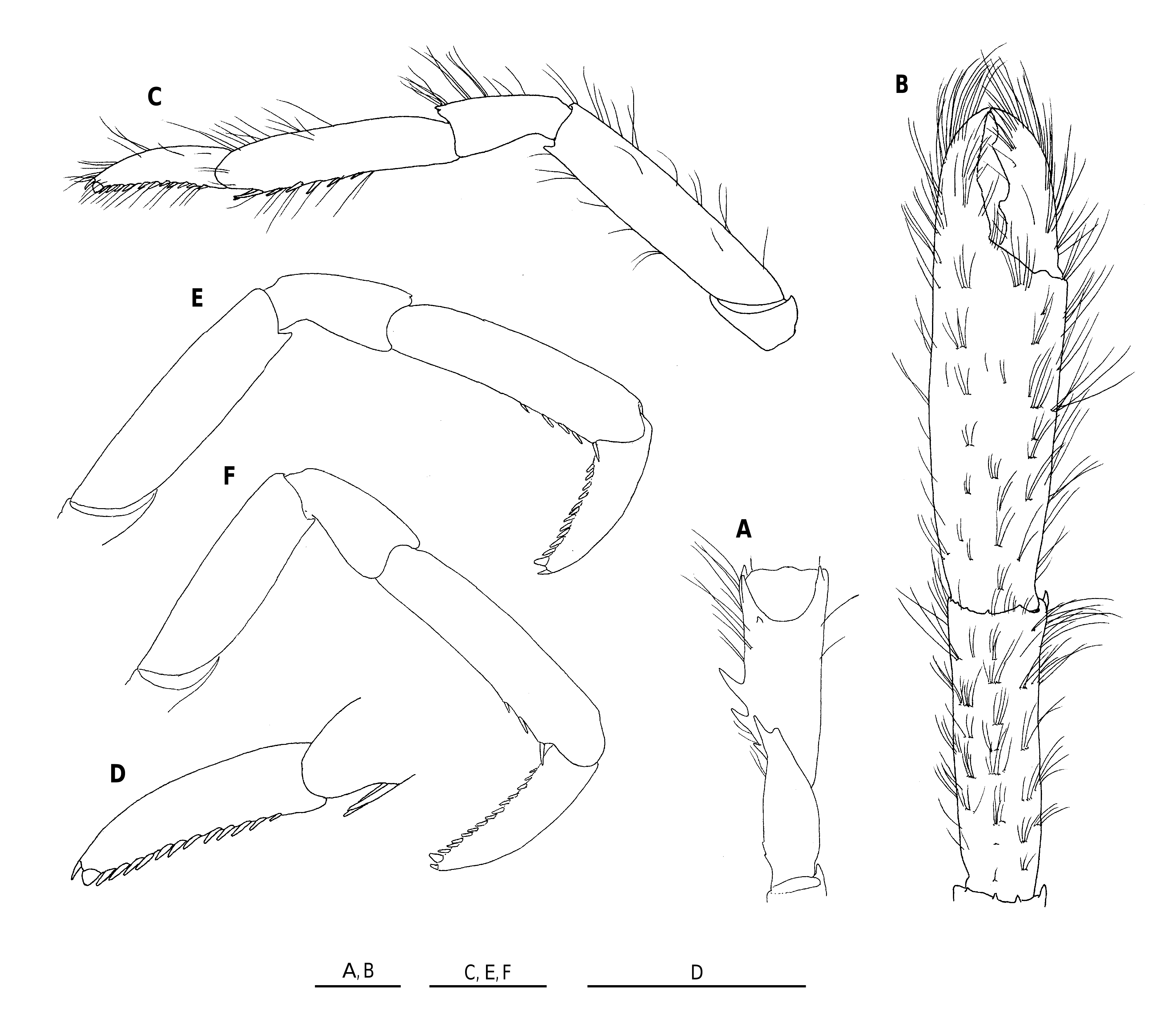