ETYMOLOGY„ From the Latin denticulus (dim. of dens, tooth) and squama (scale), a noun in apposition, referring to the antennal scale with denticles on the lateral margin.

REMARKS — The ovigerous female paratype (MNHN-IU-2014-16386) from SMIB 2 Stn DC26 has a very short rostrum barely reaching midlength of eyes so that the proximal limit of eye is visible in a dorsal aspect but the other characters agree quite well with those of the others. This rostrum is presumably broken.

The species resembles U. brachycarpus n. sp. in the shapes of the carapace, Mxp3, antenna and P 2-4 dactyli. However, U. brachycarpus has no lateral spines on the antennal scale; the thoracic appendages (Mxp3 and P 1-4) are less setose; the P 2 merus lacks a row of ventromesial marginal spines; and the P 4 propodus bears a pair of terminal spines only; all distinctive differences from U. denticulisquama .

Uroptychus denticulisquama somewhat resembles U. indicus Alcock, 1901 , one of the poorly known species (see Figure 217 View FIGURE 217 ). However, the carapace in U. indicus is distinctly longer than broad and smooth on the lateral margin, the antennal articles 4 and 5 are unarmed, the antennal scale lacks lateral spines, and P 2-4 look more slender. 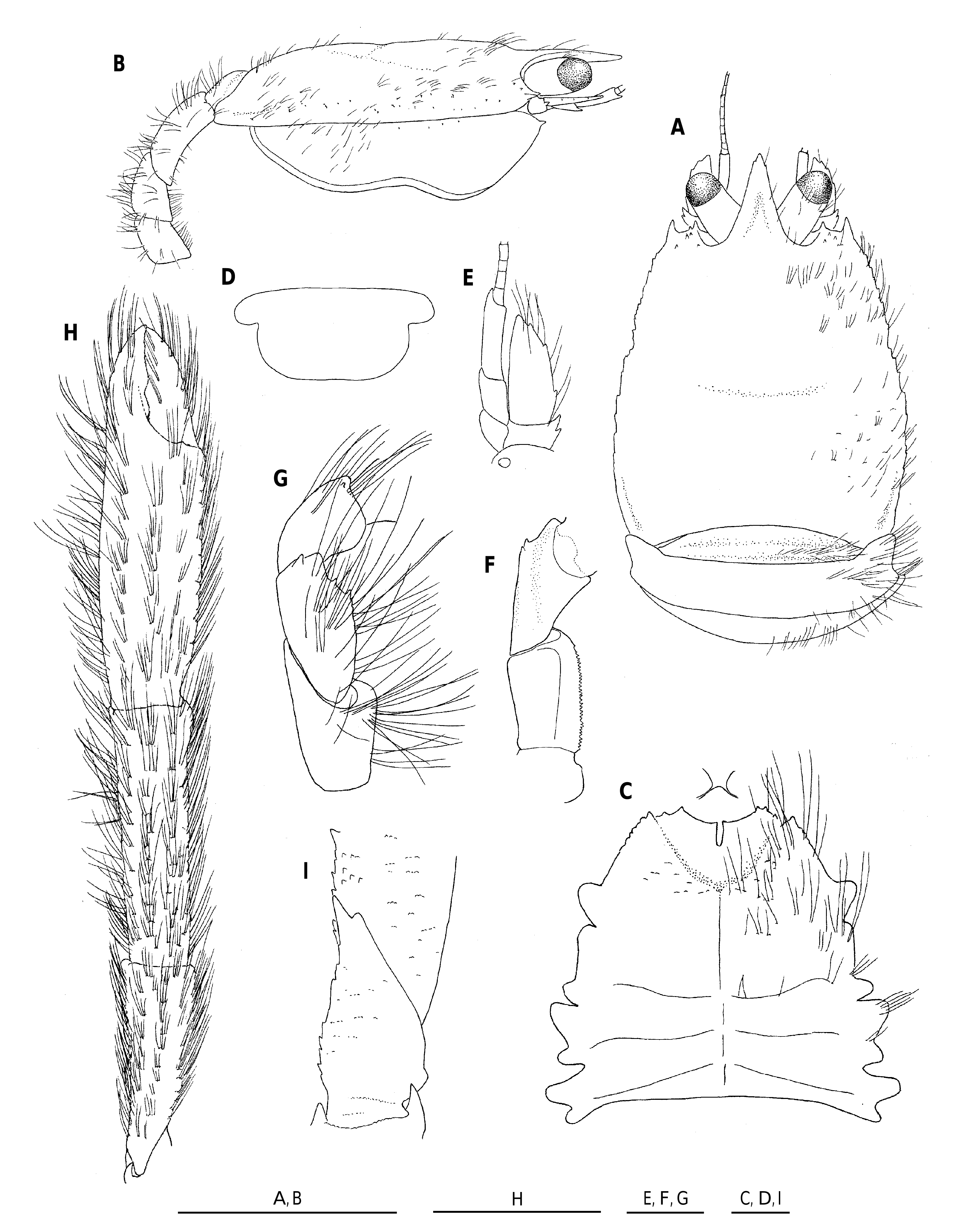 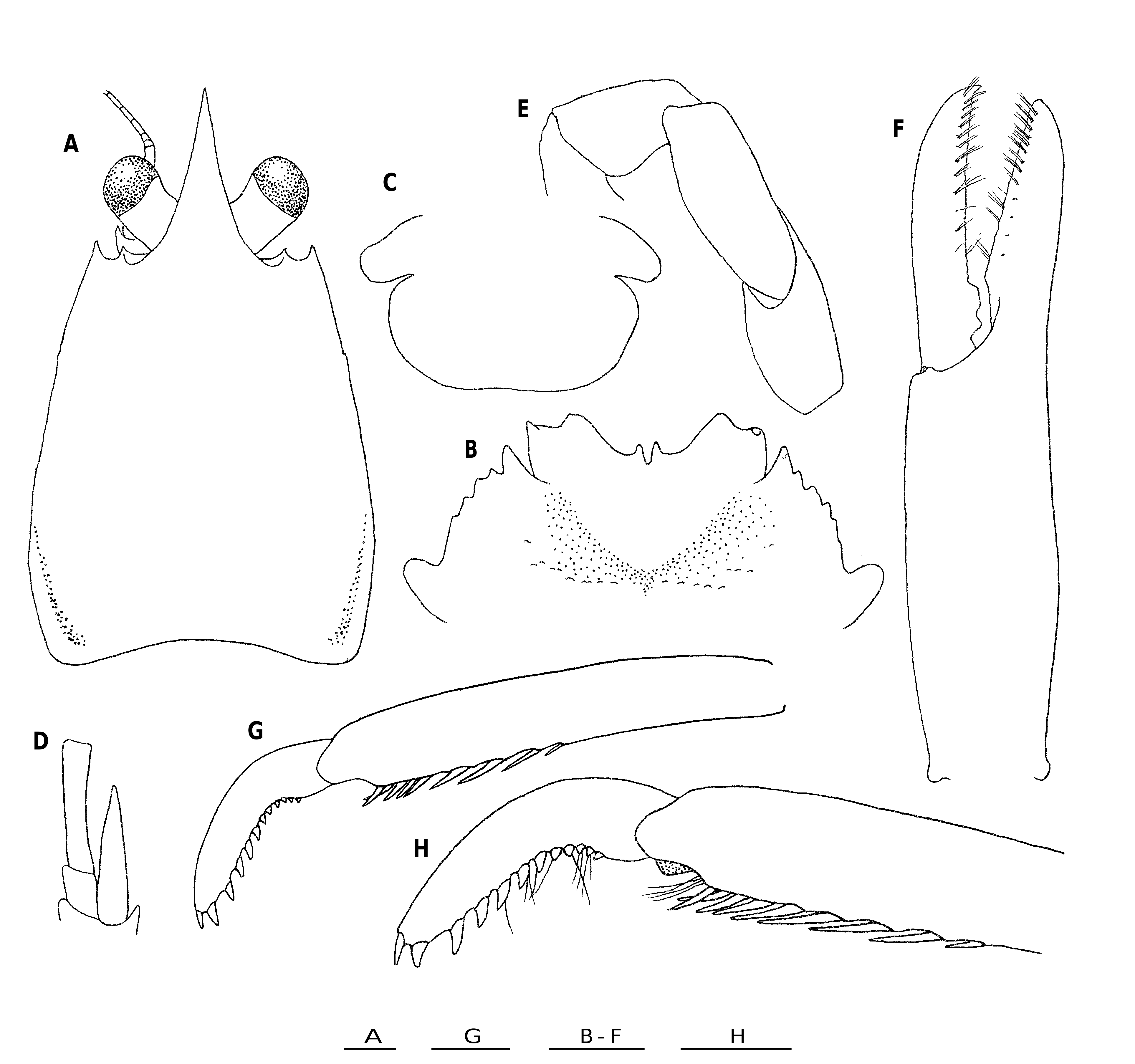