ETYMOLOGY„ From the Latin depressus (= depressed), alluding to the depressed rostral surface clearly bordering the gastric and rostral regions.

P 1: Slender, smooth and polished, sparsely setose except for fingers; length 5.5-6.0 × that of carapace. Ischium with distinct dorsal spine, ventromesially with strong subterminal spine followed by 2 distal and 2 much smaller proximal spines. Merus with 3 tiny dorsal spines on distal margin, ventrally with small spines not numerous but moderate in number, ventrolaterally with small distal spine, ventromesially with 3 well-developed spines, distal spine terminal and strongest, median spine at point one-third from proximal end; length 1.2 × that of carapace. Carpus as long as or slightly shorter than palm, with 2 small ventral (ventomesial and ventrolateral) and 2 dorsal (on distal margin) spines. Palm 3.7 × (males) or 5.9 × (female) longer than broad, 3 × longer than fingers. Fingers gaping in proximal half, feebly crossing at tip, not spooned; opposable margin of movable finger with prominent blunt proximal process of subtriangular shape fitting to opposing concavity of fixed finger when closed.

REMARKS — This new species is very similar to U. levicrustus Baba, 1988 from the Moluccas and U. kareenae n. sp. (see below) in having a row of branchial marginal spines, in having the anterior margin of sternite 3 with a median sinus separated by obsolescent submedian spines, and in the spination of P 2-4. Uroptychus depressus is distinguished from U. levicrustus by having the epigastric region anteriorly preceded by the depressed rostrum, instead of being gently sloping down on to the rostrum ( Figure 73 View FIGURE 73 ); the eyes are medially swollen and narrowed distally and proximally, instead of having subparallel lateral and mesial margins; the antennal scale overreaches the first segment of the antennal flagellum, instead of barely reaching the distal end of antennal article 5; and the ultimate spines of the P 2-4 dactyli are more slender than instead of as slender as the antepenultimae. The relationships with U. kareenae are discussed under the remarks of that species (see below). 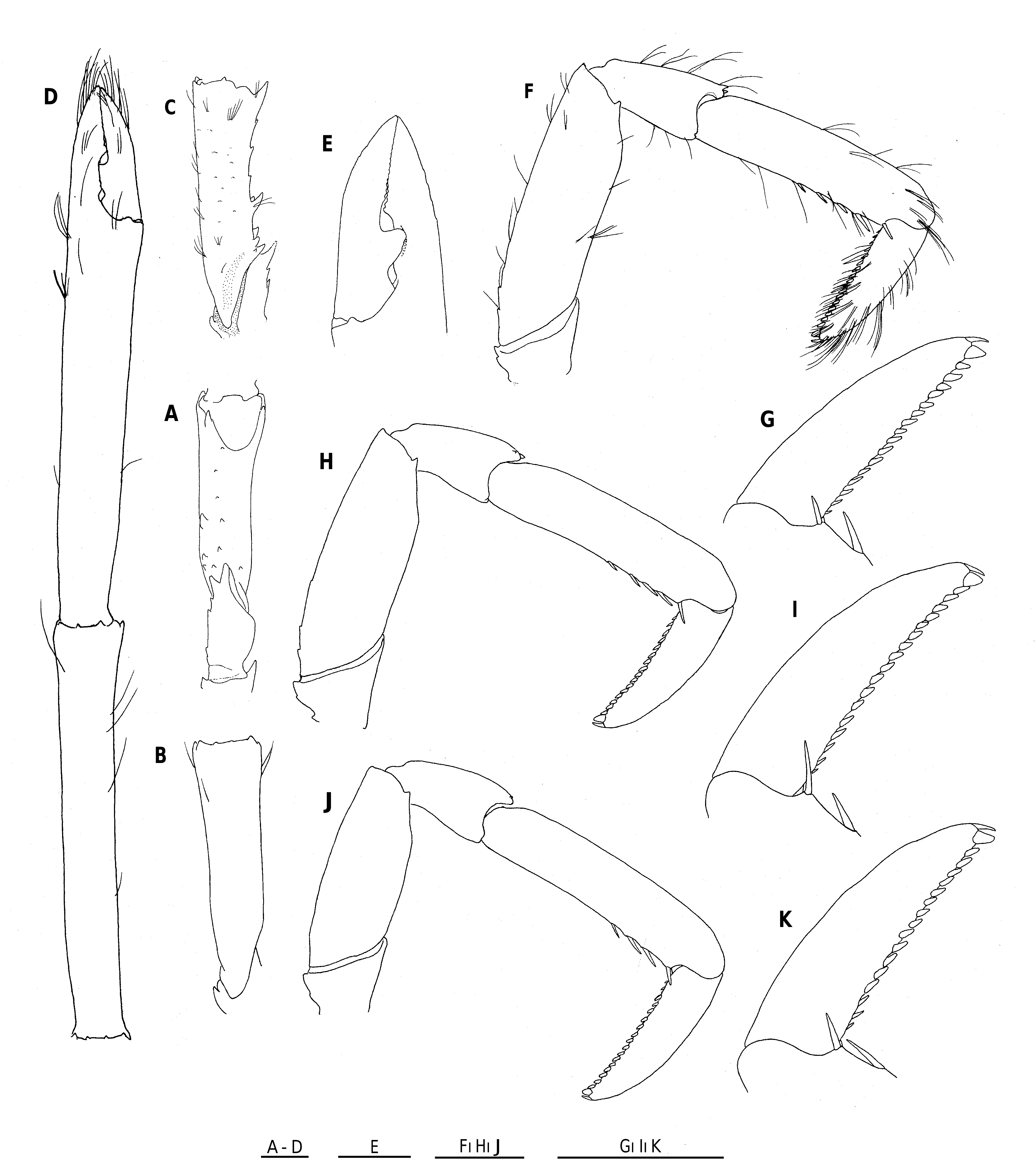 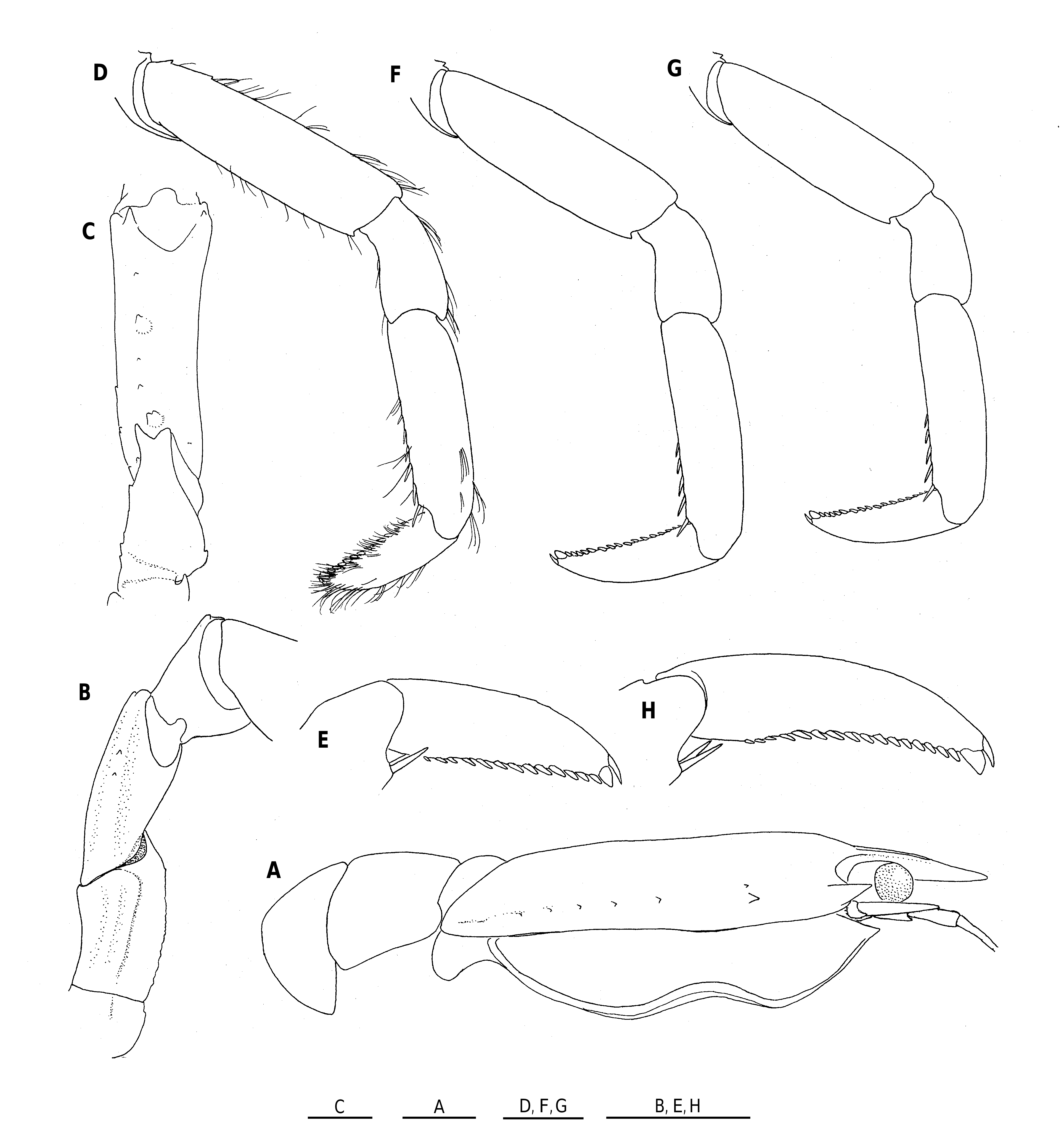