ETYMOLOGY„ From the Latin echinatus (spiny), alluding to the spiny propodi of the walking legs.

REMARKS — The new species resembles U. multispinosus Ahyong & Poore, 2004 (see below) in having small spines along the carapace lateral margin, the trifid apex of the rostrum, the antenna bearing a strong distomesial spine on each of articles 4 and 5 and the antennal scale overreaching article 5. However, U. echinatus is readily distinguished from that species by the following differences: the P 1 ischium bears a strong subterminal spine instead of being unarmed on the ventromesial margin; the flexor margins of P 2-4 dactyli bear strongly inclined, slender spines proximal to the pronounced penultimate spine, instead of proximally diminishing, somewhat inclined, subtriangular spines; and the extensor margins of carpi and propodi bear a row of spines instead of being smooth and unarmed. In addition, the carapace is thickly setose, instead of sparsely so.

The combination of the following characters links the species to U. alophus n. sp., U. karubar n. sp., U. longior Baba, 2005 , U. nanophyes McArdle, 1901 and U. tracey Ahyong, Schnabel & Baba, 2015 : the P 2-4 dactyli having the flexor margin with more than 10 closely arranged spines proximal to the pronounced penultimate spine, the P 2-4 carpi with a few to several extensor marginal spines, and the carapace lateral margin with at least six spines. Uroptychus nanophyes is readily distinguished from all the others by having a row of ventrolateral spines on the P 2-4 meri and by the antennal scale not overreaching the antennal article 5. Uroptychus echinatus differs from the rest of the species in having a very setose carapace with small lateral spines. 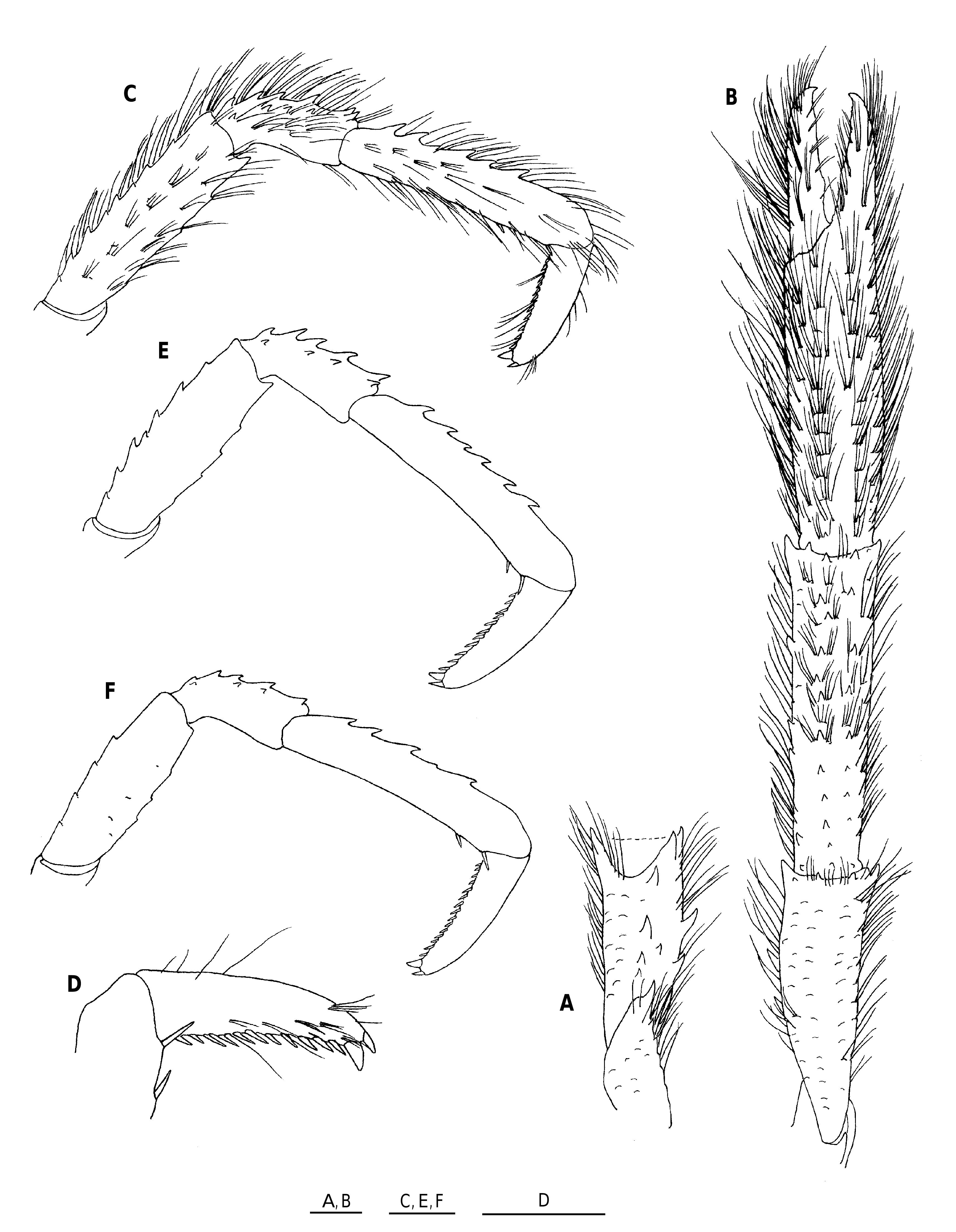