REMARKS — The carapace that is distinctly broader than long and posteriorly broadened, with well-developed anterolateral spines links the species to U. patulus Ahyong & Poore, 2004 from southeastern Australia. However, U. eratus is clearly different from that species in having: the sternite 3 anterior margin gently instead of strongly excavated; the eyes reaching nearly the apex of the rostrum instead of terminating in the midlength; the antennal article 2 bearing a distolateral spine instead of being unarmed; and the P 2-4 dactyli much shorter, at least half as long as the propodi instead of much more than so, with the flexor margin slightly curving instead of strongly so, and more noticeably bearing 9-11 instead of 20 closely arranged spines. In addition, U. patulus is a medium-sized species, the largest ovigerous female recorded being 12.6 mm (postorbital carapace length, 8.3 mm). 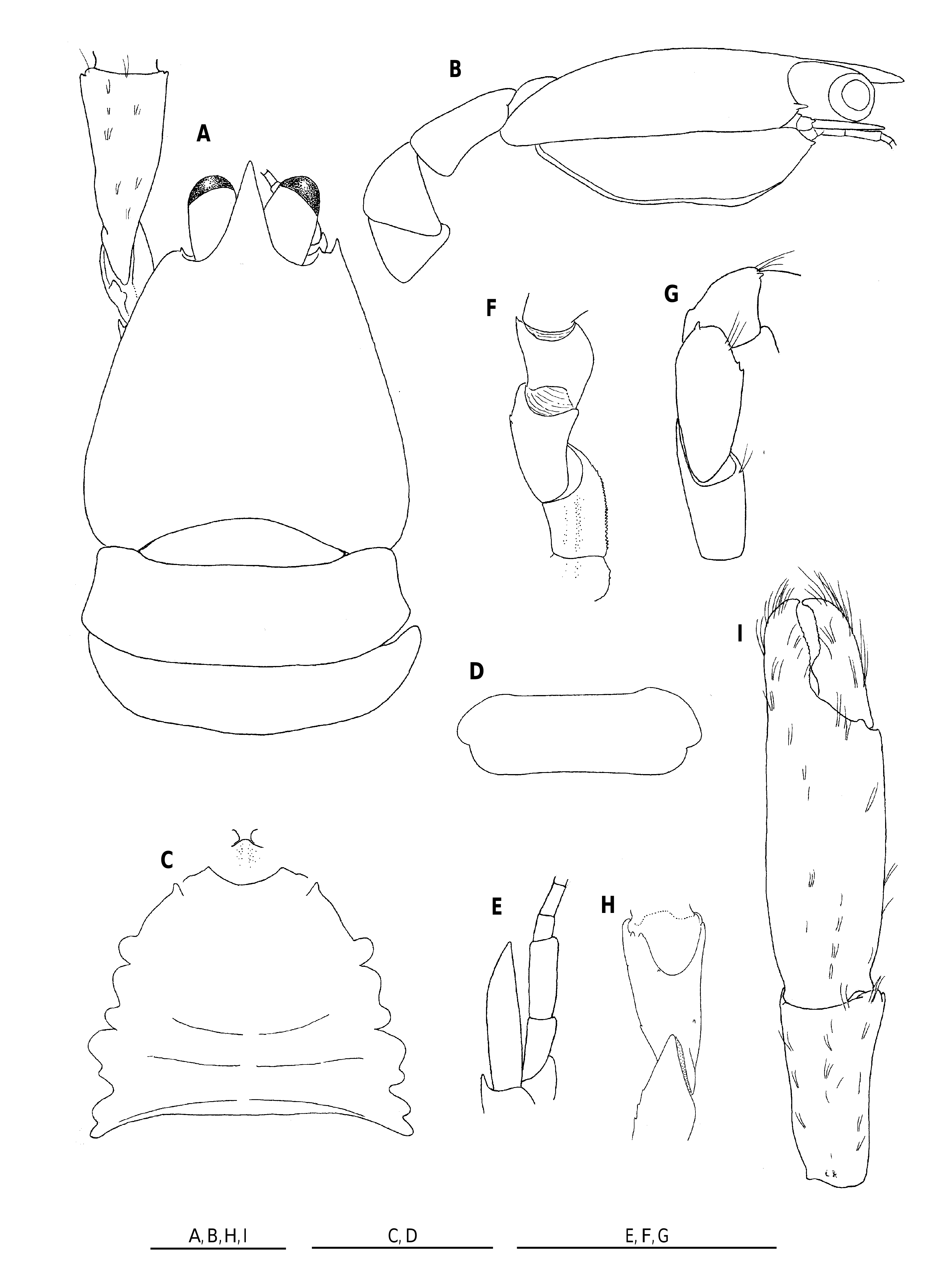 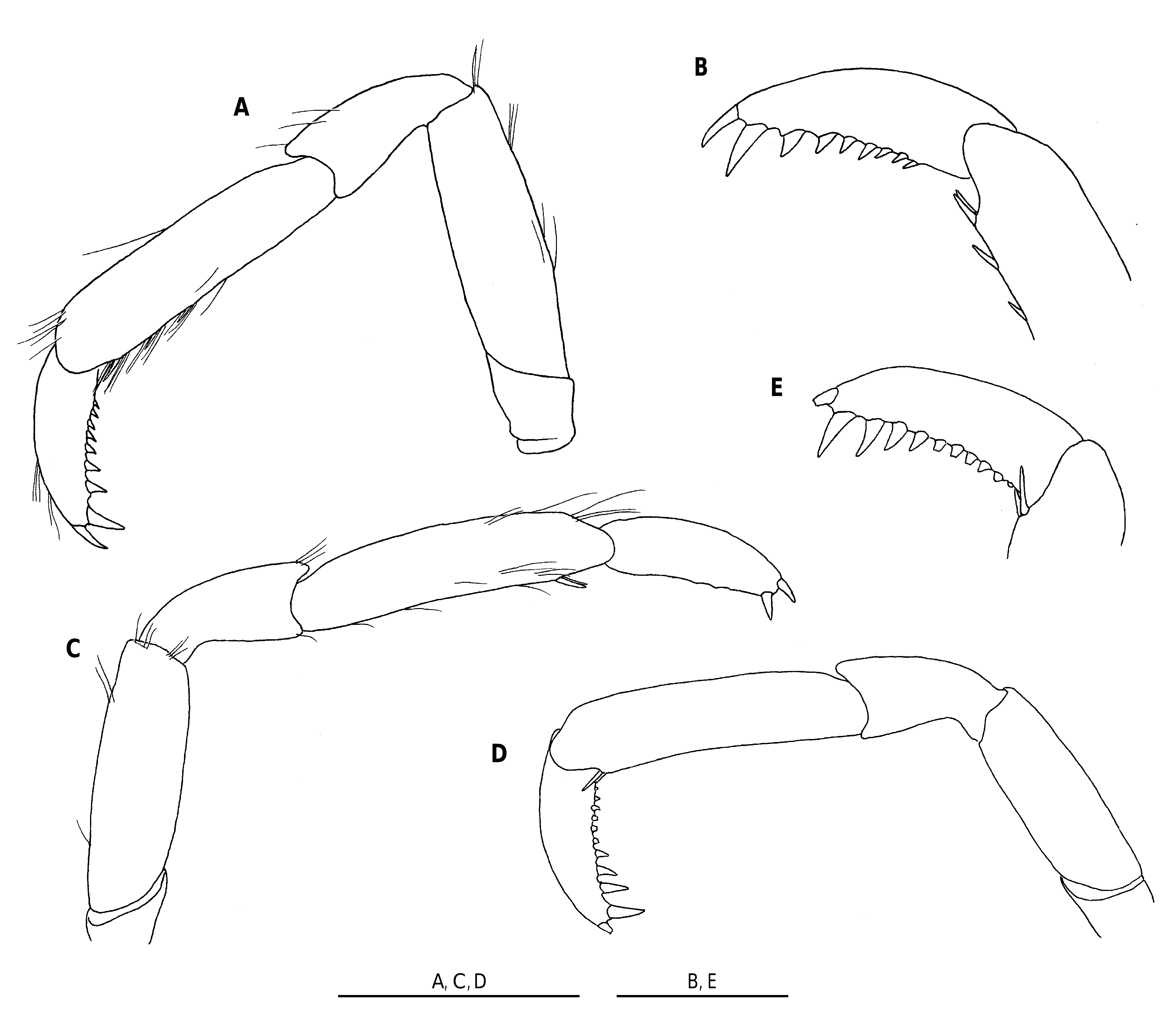