ETYMOLOGY„ From the Latin lacunatus (hollowed out), alluding to a deeply excavated anterior margin of the sternal plastron that separates the species from U. minor n. sp.

Eye: 1.6 × longer than broad, mesial and lateral margins subparallel, barely reaching apex of rostrum. Cornea not dilated, more than half as long as remaining eyestalk.

crossing when closed; opposable margins minutely denticulate, nearly straight along entire length of fixed finger, with prominent but low proximal process on movable finger; movable finger about half as long as palm.

REMARKS — The elongate carapace and relatively massive P 1 as displayed by the species are possessed by U. minor n. sp. Also, U. lacunatus resembles U. stenorhynchus n. sp. in having the elongate carapace and the anteriorly angular pterygostomian flap, in the shape of sternum 3, and in the spination of the P 2-4 dactyli. Their relationships are discussed under the remarks of those species (see below). 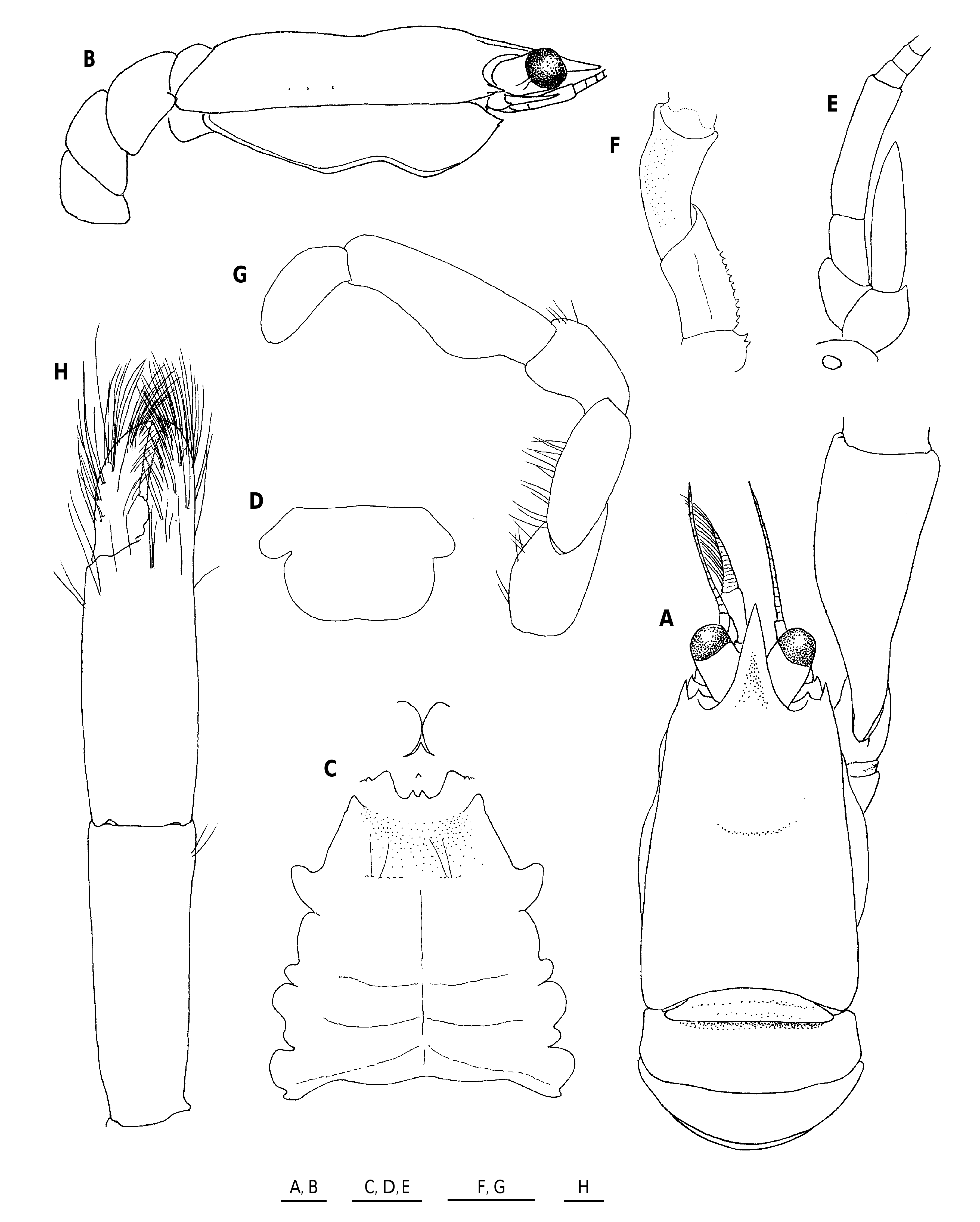 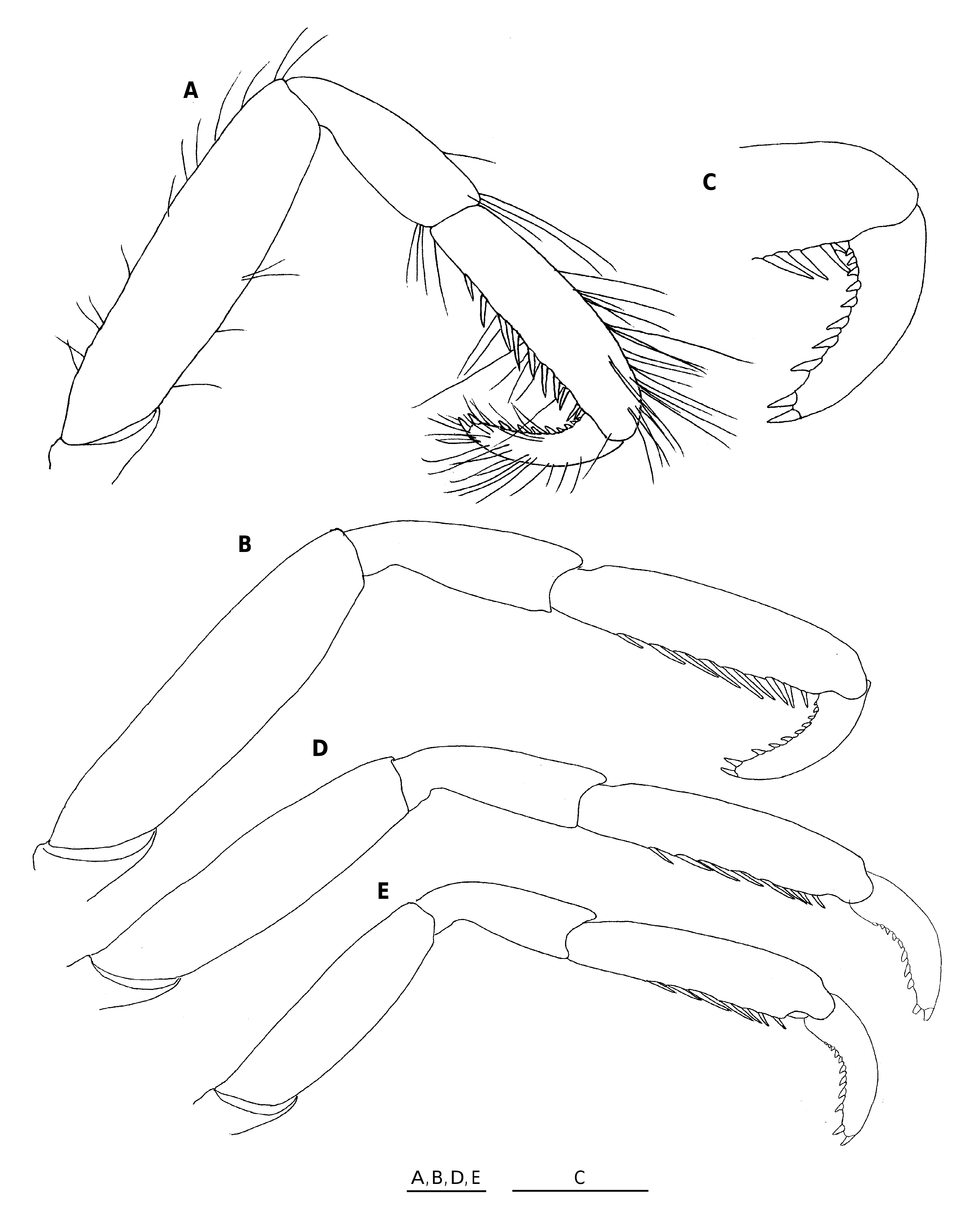