ETYMOLOGY„ From the Latin grandior (larger), alluding to the unusually large distal second spine on the flexor margin of the P 2-4 dactyli, one of the discriminating characters of the species.

Eye: Elongate, about twice as long as broad, distally narrowed, overreaching midlength of but barely reaching apex of rostrum. Cornea not dilated, less than half as long as remaining eyestalk.

REMARKS — Uroptychus grandior strongly resembles U. belos Ahyong & Poore, 2004 in the spination of the carapace and P 2-4 dactyli and in the elongate eyes. The two species each key out in a remotely different couplet (see under the key to species), due to the difference of length ratio of the anterolateral margin to the posterolateral margin of sternite 4. Uroptychus grandior can be distinguished from U. belos by the following differences: the eyes are distally narrowed instead of subequally broad proximally and distally; the dorsal crests of the P 2-4 meri each bear a row of spines instead of being unarmed; the flexor marginal spines of the P 2-4 dactyli are strongly oblique instead of gently inclined; and the antennal scale distinctly overreaches instead of terminating at most in the distal end of article 5. 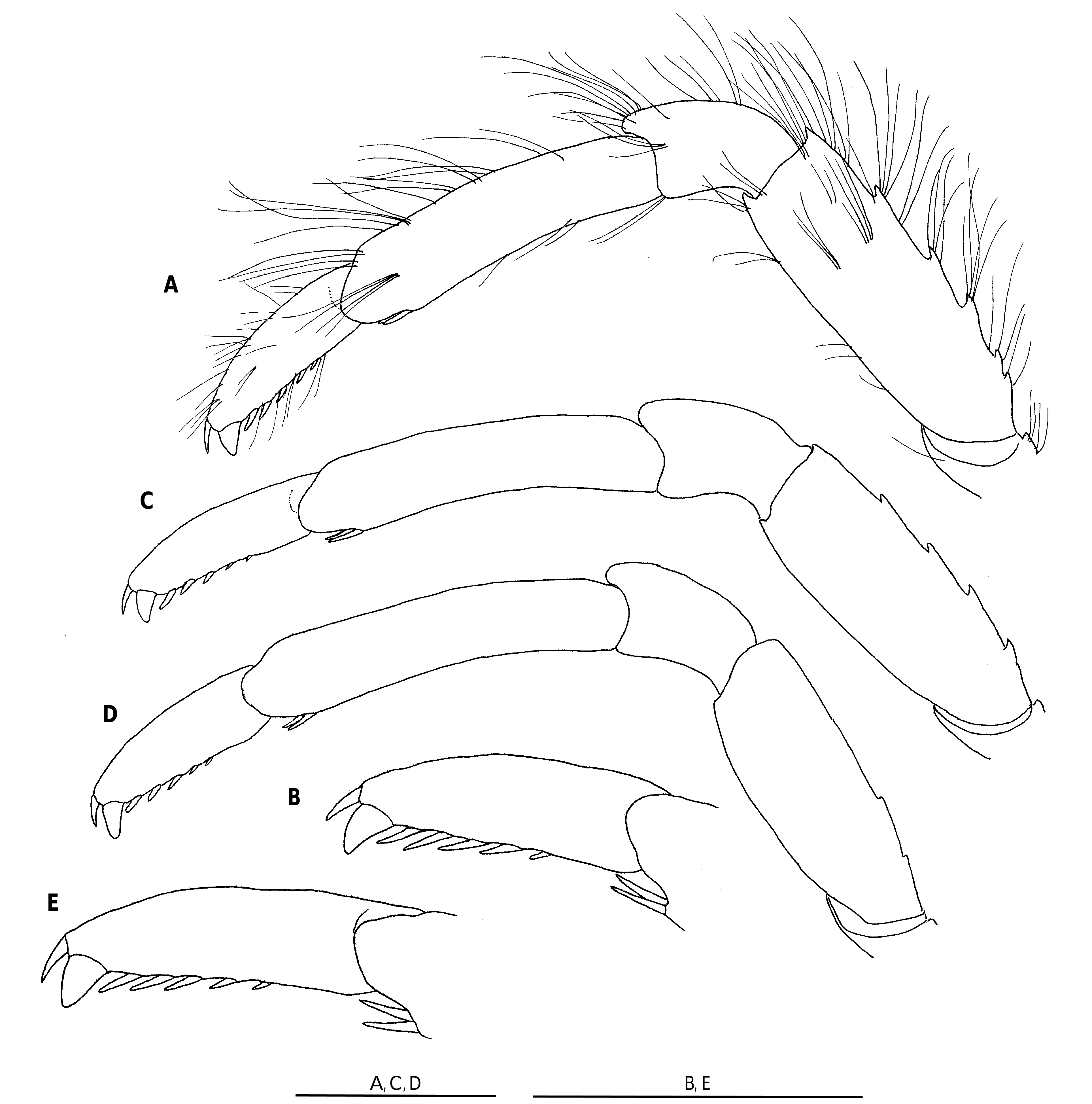