ETYMOLOGY — From the Latin inermis (unarmed), alluding to the P 1 ischium without subterminal spine, a character to separate the species from U. granulipes n. sp.

REMARKS — The new species strongly resembles U. maori Borradaile, 1916 in nearly all aspects. As is suggested by the specific name, U. inermis is readily differentiated from U. maori by lack of a subterminal spine on the ventromesial margin of the P 1 ischium. The combination of the following characters links the species to U. anacaena Baba & Lin 2009 and U. granulipes n. sp.: the carapace bearing a prominent anterolateral spine, the P 1 merus and carpus granulose, Mxp3 spineless on the merus and carpus, and the P 2-4 dactyli bearing proximally diminishing triangular spines. The most obvious differences that distinguish U. anacaena from the new species are: the antennal article 2 that bears a distinct distolateral spine, the carapace that is granulose on the entire surface, and the rostrum that is much less than half as broad as the the carapace measured along the posterior margin. Uroptychus inermis is distinguished from U. granulipes by the P 1 ischium that is unarmed instead of bearing a pronounced subterminal spine on the ventromesial margin, the antennal article 4 is unarmed instead of bearing a small but distinct spine, and the anterolateral spine of the carapace is situated distinctly posterior to instead of directly lateral to the lateral orbital spine. 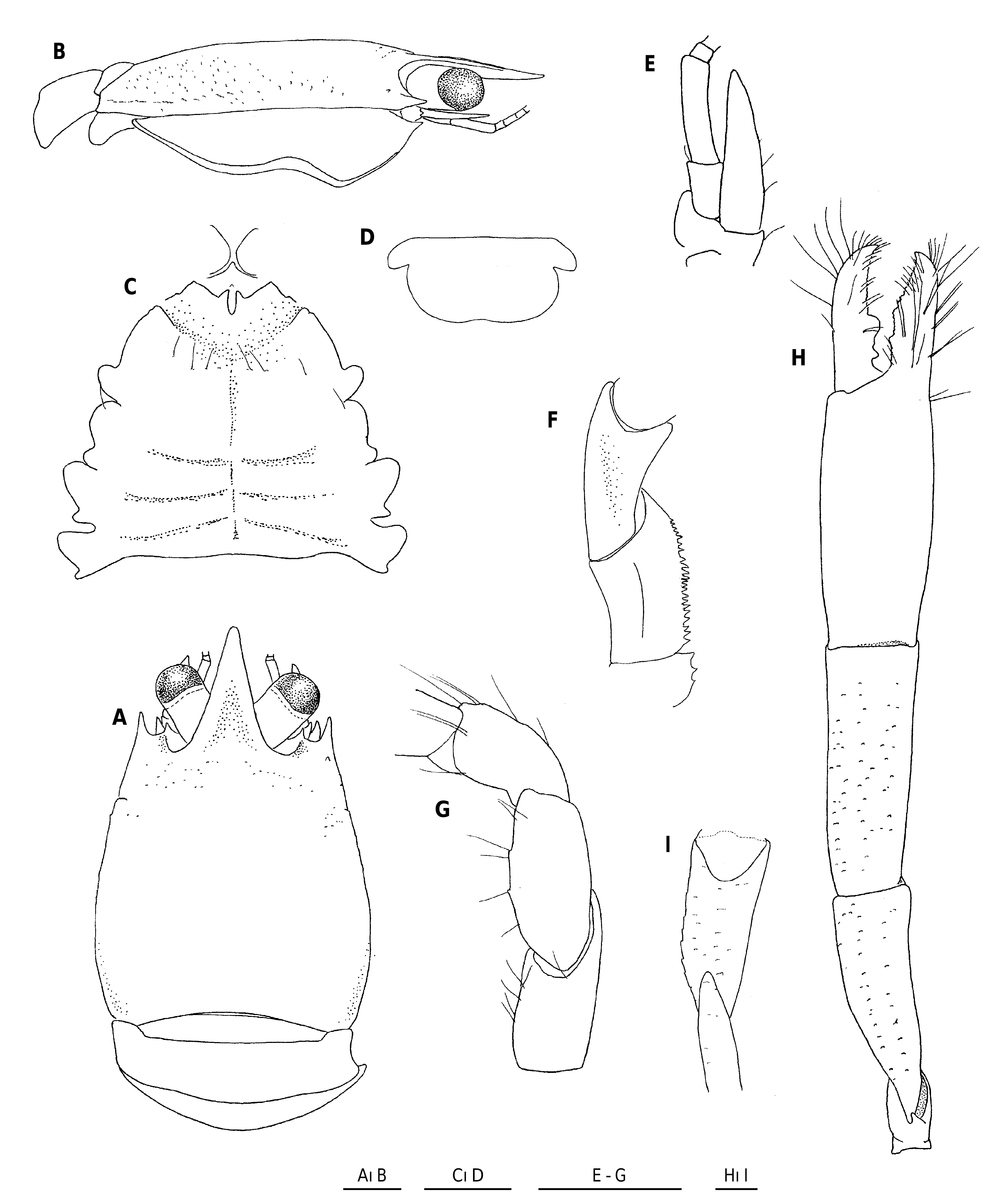 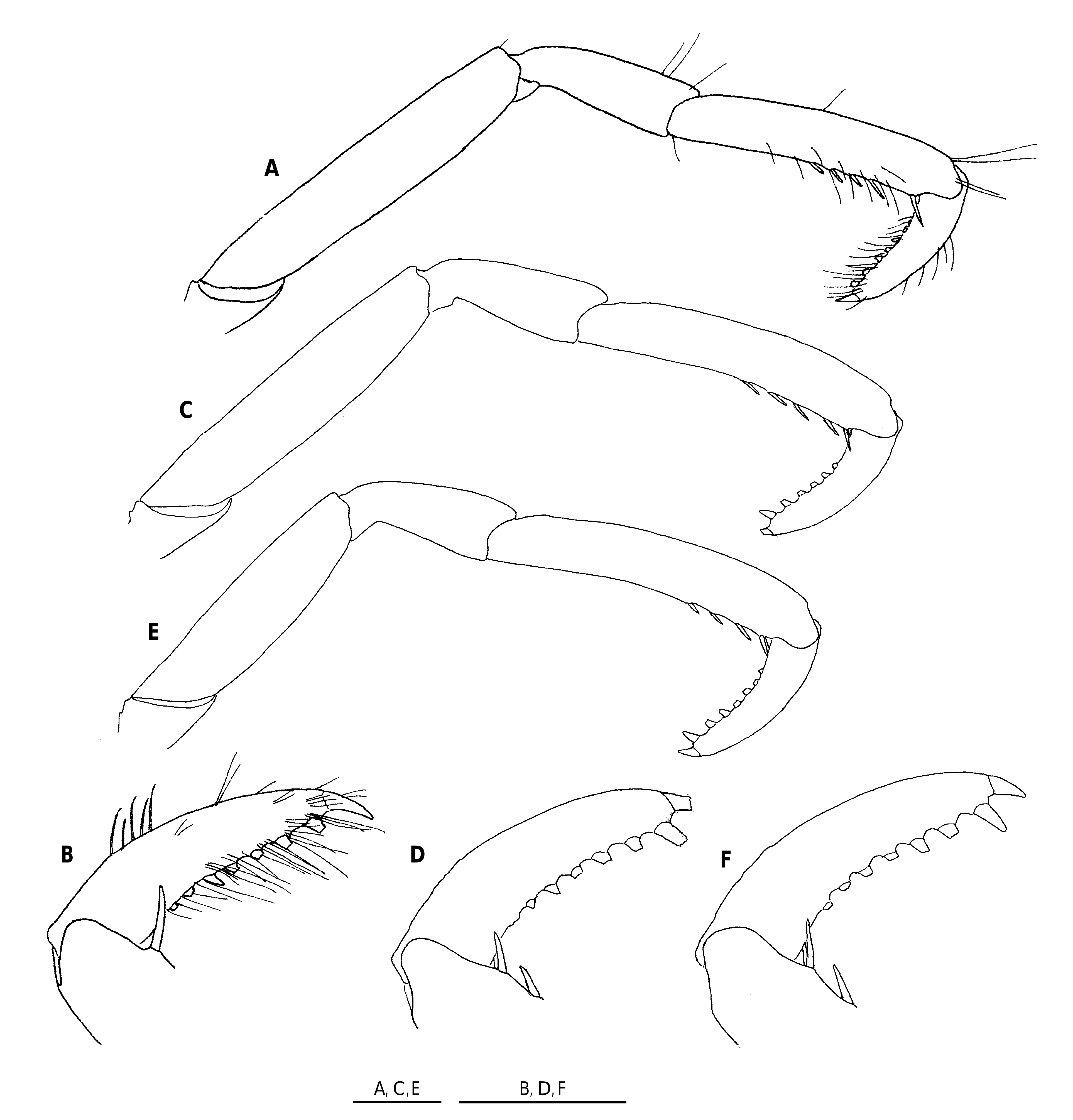