ETYMOLOGY„ From the Latin adnatus (joined to, united with), alluding to the antennal scale being fused with the antennal article 2, a character displayed by the new species.

Mxp: Mxp1 with bases close to each other, but not contiguous. Mxp3 relatively thick and not compressed mesiolaterally. Basis with 4-5 denticles on mesial ridge, distalmost larger than remainder. Ischium distally not rounded on flexor margin, crista dentata with 16 denticles. No spine on merus and carpus. Merus slightly more than 3 × longer than ischium, not crested but rounded along flexor margin.

REMARKS — This species is very similar in nearly all details to U. jiaolongae Dong & Li, 2015 from the South China Sea southwest of Taiwan. They differ only in the antennal scale, which is fused with article 2 in U. adnatus , but articulated in U. jiaolongae . The same difference also discriminates between U. scandens Benedict, 1902 and U. articulatus n. sp., its validity being supported by molecular evidence (see below under U. scandens ). Uroptychus adnatus and U. jiaolongae were taken at depths of more than 1000 m, but from disjunct localities, and the latter was found in a cold seep community. Although molecular data are not available, I believe U. adnatus can be regarded as a distinct species.

Uroptychus adnatus and U. remotispinatus Baba & Tirmizi, 1979 share the short antennal scale, sternite 4 with no strong lateral spine, relatively long P 2-4 carpi, and the P 2 dactylus with remotely separated proximal and distal groups of spines. Uroptychus adnatus differs from U. remotispinatus in having a pair of epigastric spines, in having the branchial lateral margin with a distinct spine instead of being unarmed on the anterior end, in having the P 2-4 propodi with the distalmost of the flexor marginal spines close to instead of considerably remote from the juncture with the dactylus, and the antennal scale fused with article 2. 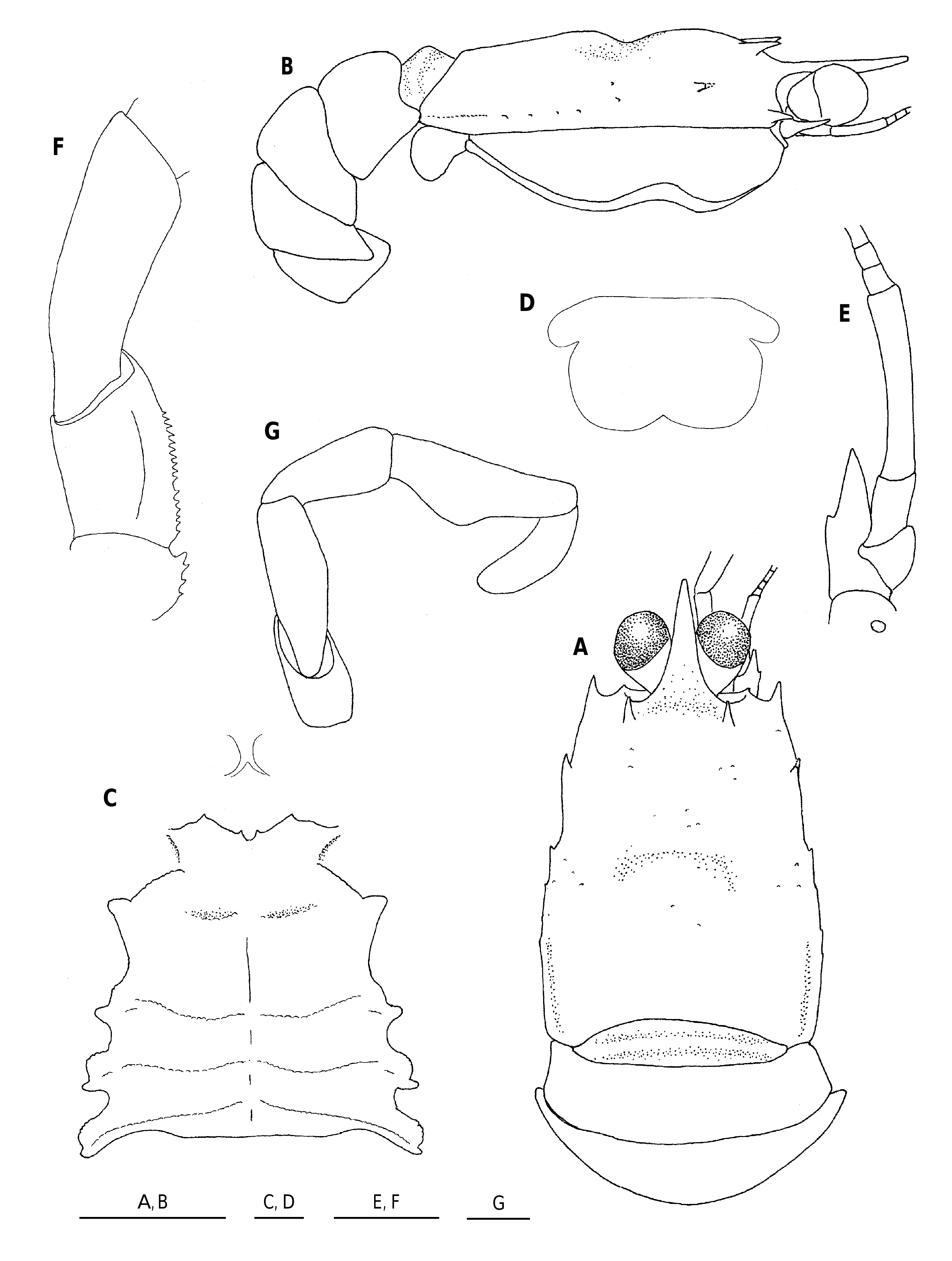