Leaf mine. ( Figs. 42, 43View FIGURES 34–45) On Carex pseudocyperus  , elongate and whitish, on the upper leaf surface. The mine from which the adult emerged contained a single larva and was formed along the leaf margin; an associated mine contained two larvae and was formed in the center of a leaf. No frass was evident to the naked eye, with minute, fine strips visible in transmitted light under magnification (and with a small cluster of thicker particles near the puparium). Frick (1959) reared this species from both leaf and stem mines on Juncus xiphioides  but gave no further details.

Comments. This is the first record of a species of Cerodontha (Icteromyza)  from Carex  . Besides Juncus  ( Juncaceae  ), the only other confirmed host for the subgenus is Eriophorum  L.; there is also an unconfirmed record from Fimbristylis Vahl  (both Cyperaceae  ) ( Boucher 2012). Frohne (1938, 1939) reported C. longipennis  as a stem miner on Schoenoplectus acutus (Muhl. ex Bigelow)  Á. L̂ve & D. L̂ve var. occidentalis (S. Watson) S.G. Sm.  and S. americanus (Pers.) Volkart ex Schinz & R. Keller  ( Cyperaceae  ) in Michigan, but these records require confirmation. He stated that the larvae mine downward, forming “varicose elongated blotch mines” that often end below the water level. When mature, they are green and about 7 mm long; puparia are about 5 mm by 2 mm. Since our C. longipennis  puparia are only 2.5 mm long, we are skeptical that his observations refer to the same insect. In our experience puparium length of agromyzids is roughly equal to wing length, and Boucher (2012) reported wing lengths of 1.9–3.1 mm for C. longipennis  based on examination of 449 specimens. 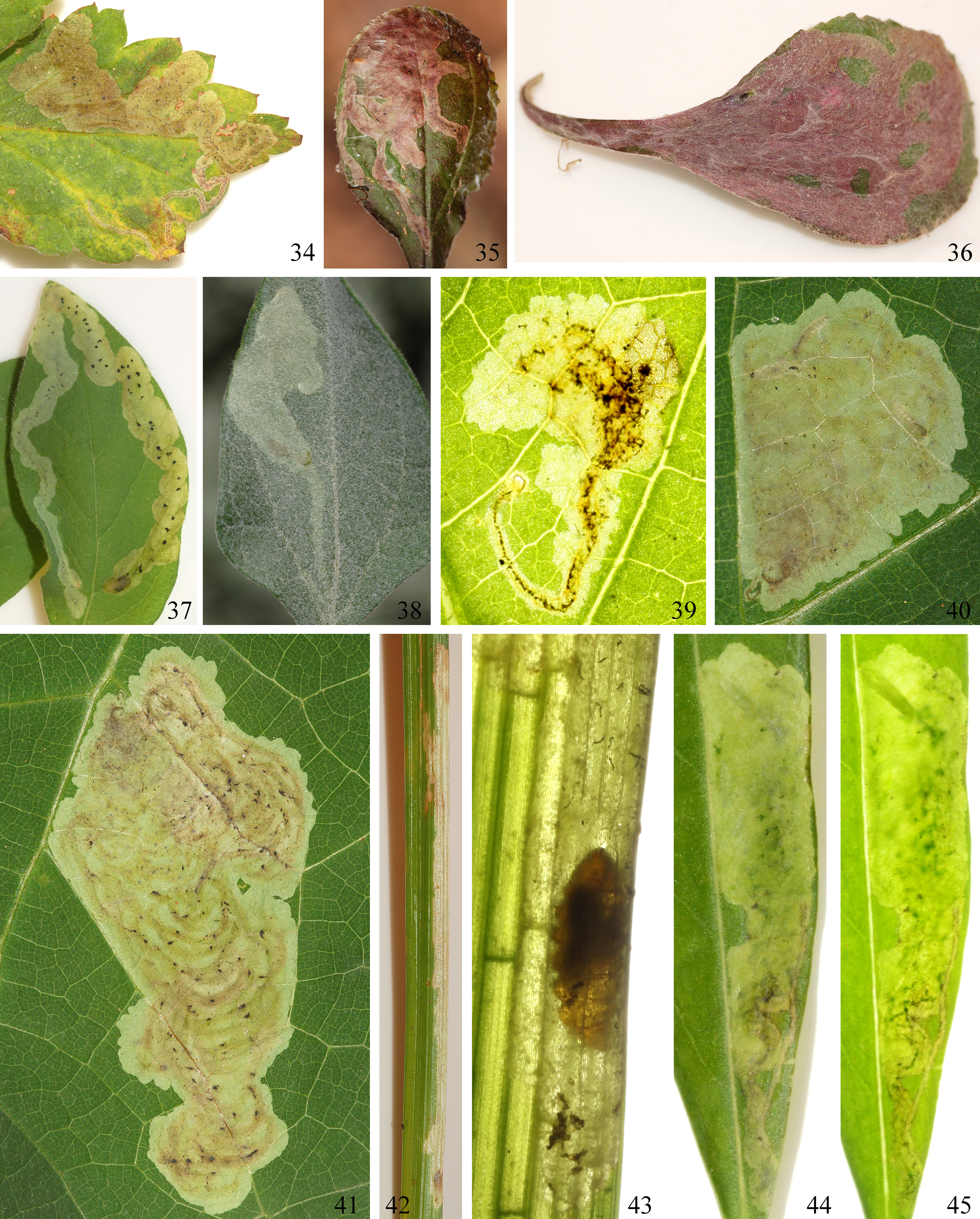