Etymology. The specific epithet combines the genus of the host plants, Salvia  L., with the genitive plural ending - arum.

Leaf mine. ( Fig. 63View FIGURES 57–63) A serpentine linear mine on the upper surface; brown with narrow whitish margins, becoming greenish at the end as it transitions to the lower surface. The black frass is deposited in grains and strips.

Puparium. ( Fig. 33View FIGURES 27–33) Whitish; formed within the leaf, on the lower surface, with the anterior spiracles projecting through the epidermis.

Comments. Phytomyza salviarum  is sister to P. verbenae Eiseman & Lonsdale  , a species of uncertain placement that also feeds on a host in the order Lamiales  : Verbena  ( Verbenaceae  ). The tubercle-like setae on the posteromedial margin of the epandrium and the underlying pointed lobe are unique. Also characteristic are the following: a light yellow head with a black antenna and transverse black stripe on the lunule and face, a dark abdomen that is widely light yellow laterally, two long apical setae on the male cercus, a band-like dorsal arm on the pregonite, and a highly derived phallus—the phallophorus is reduced on the ventral margin and strongly produced along the right lateral surface of the shaft; the plates of the basiphallus are medially bowed; the hypophallus has one pair of sclerites that are converging and apically flattened; the paraphallus is small, linear, fused to the basiphallus and with an illdefined sclerotized extension on the large, empty apical membranous chamber; the distiphallus is narrow, directed distoventrally, apically flared and with a curved dorsobasal T-shaped plate-like extension above the insertion point of the ejaculatory duct.

Phytomyza verbenae  differs from its sister taxon in being slightly larger (2.3 mm ³, 2.7 mm ♀), and in the fol- lowing characters: there are two ori, the female first flagellomere is enlarged, there is a setula-like fifth dorsocentral anteriorly, the phallophorus is fused to the right plate of the basiphallus, the apex of the lateral sclerite of the hypophallus is broadly swollen and rounded, the paraphallus is quadrate with the distal sclerotization irregular and pitted, and the apical membranous lobe on the phallus is narrower. 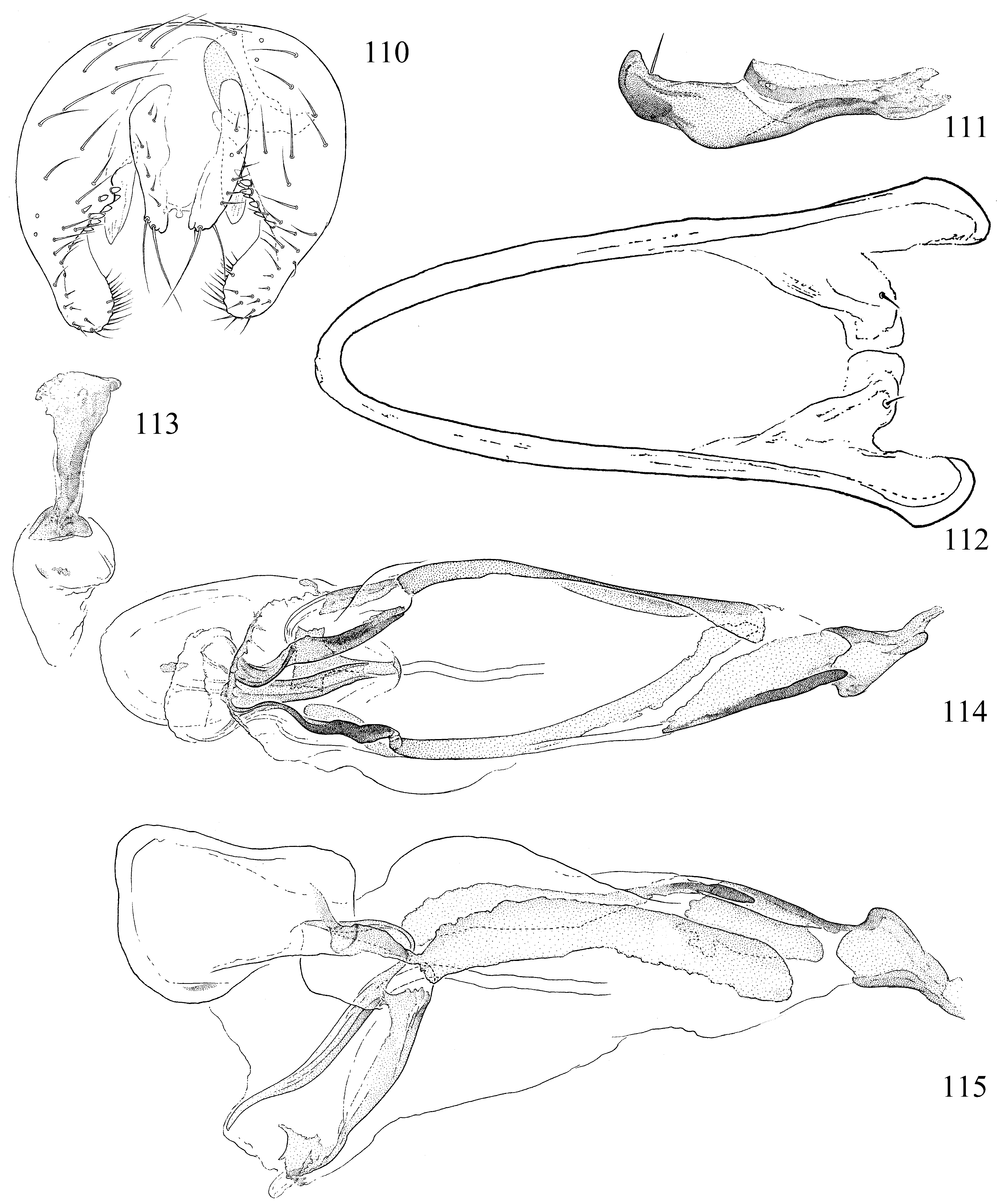