Etymology. The specific epithet honors the late Professor Io Chou, for his contributions to the knowledge of the stonefly fauna of China. Coincidently, the trip when the new Haploperla was collected was part of the conference organized in 2012 in memory of his Centennial Celebration.

Diagnosis. This species is characterized by the head mostly dark and pronotum disc dark and the abdominal terga 2 – 7 each with a quadrate medial marking forming a continuous longitudinal strip ( Figs. 1 – 4 View FIGURES 1 – 6 ). The aedeagus has a subapical band of dense setae and a pair of sharp ventrolateral styli apically ( Figs. 5 – 10 View FIGURES 1 – 6 ).

Remarks. The adults of the other three known Chinese species, H. lepnevae , H. valentinae , and H. ussurica , are not as darkly pigmented and lack a spinous posterior lobe on tergum 9 and the basal triangular indentation of the epiproct as found in H. choui . The epiproct outline of the new species is more similar to that of H. valentinae with an obtuse tip, but the dorsal surface of the former species is mostly bare and absent of the patch of setae and sutures (Stark & Sivec 2009, figs. 9 – 10). The details of the aedeagus are not described for H. valentinae and H. ussurica .

When compared with other Asiatic species ( H. japonica Kohno, 1946 ; H. lepnevae Zhiltzova, 1971 ; H. longicauda Zwick 1977 ; H. maritima Zhiltzova & Levanidova, 1978 ; and H. zwicki Stark & Sivec, 2008 ), H. choui apparently seems related to H. longicauda , a species known from Kingdom of Bhutan, sharing similar terminalia and two sharp styli on the aedeagus. Dr. P. Zwick kindly provided the authors an English translation of the original German description of H. longicauda . The head of this species is pale with brown macula on vertex and, a small spot on clypeus. The pronotum has a brown longitudinal band. Additionally, the abdomen has a wide brown middorsal stripe on terga 1-8. The dark color pattern of H. choui easily distinguishes it from H. longicauda . Also aedeagus of H. longicauda processes a pair of sclerotized lateral bars and lacks a full transverse band of dense setae (Zwick 1977, figs. 105-106). In addition, the posterior area of the tergum 9 is almost straight and less produced as in H. choui that forms an extended brown lobe. 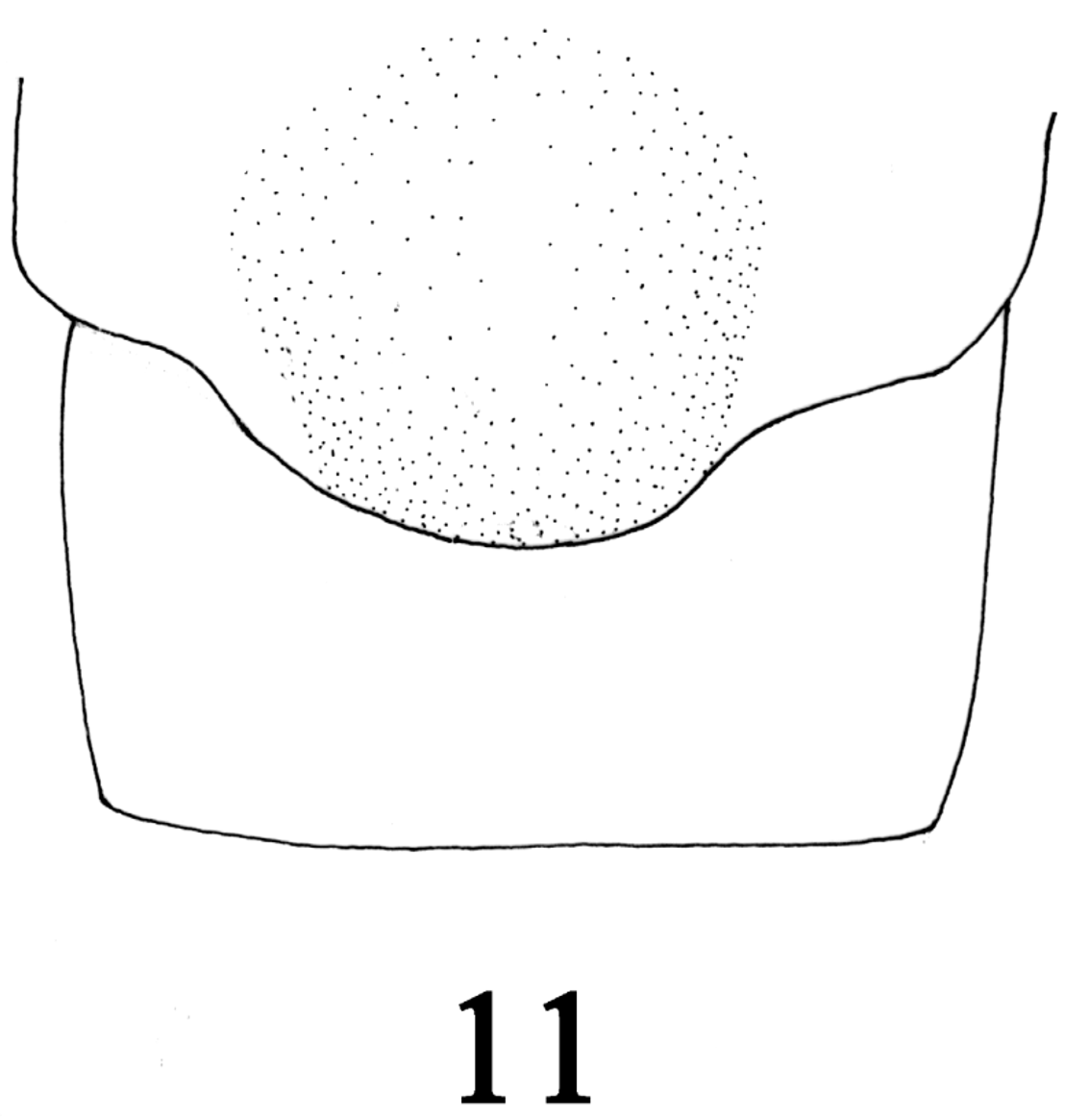 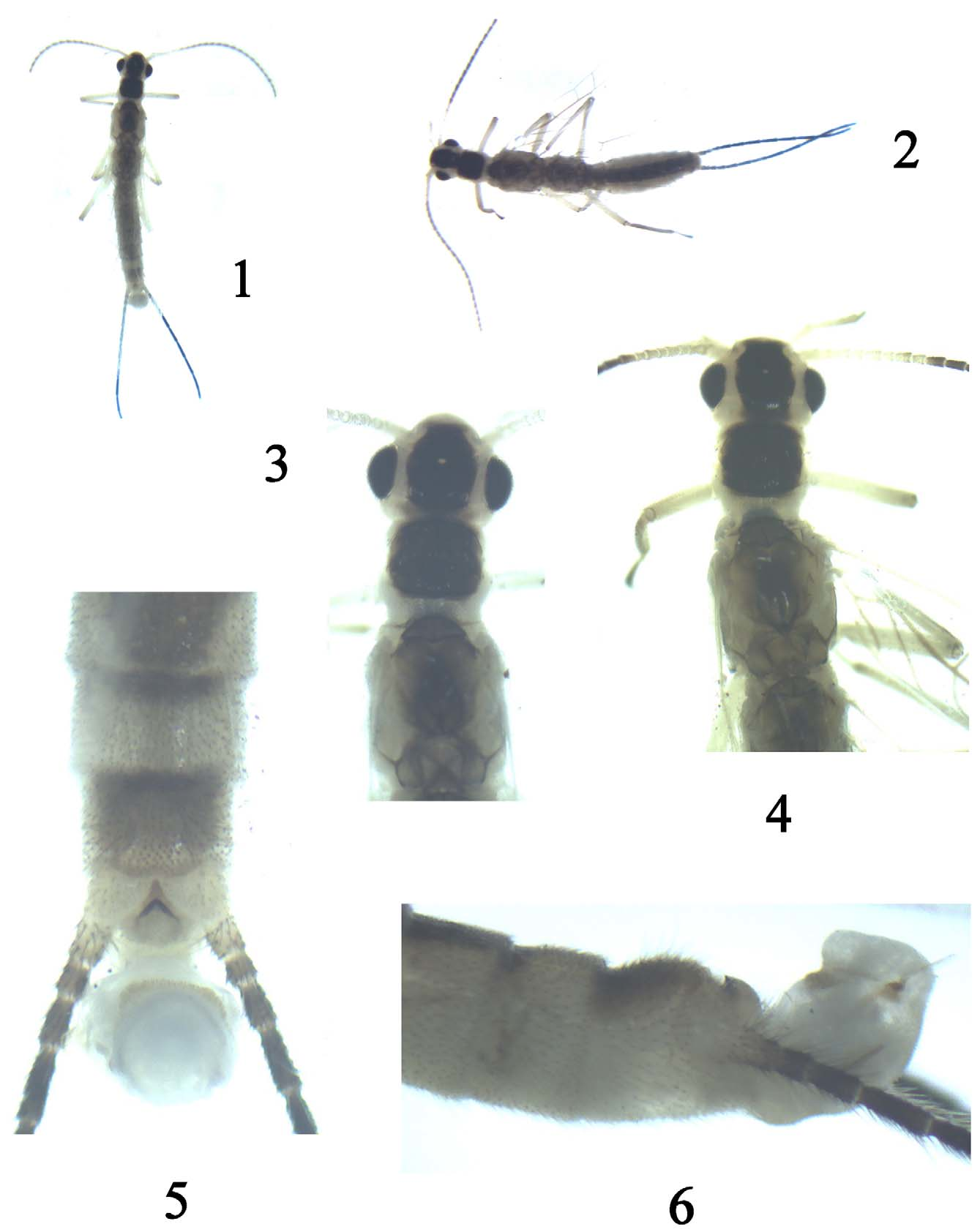