Diagnosis.— Relationships between Glyphidocera cenae  and its congeners are difficult to determine because of the unique combination of features possessed by the former that include male abdomen absent of sex scales in male, a valva with a long falcate costal furca, and vesica of aedeagus with an apical cornutus with a bulbous base.

Distribution ( Map 20View MAP 20): Glyphidocera cenae  is known from one collecting site in northcentral Costa Rica, inland from the Caribbean Sea near the border of Nicaragua.

Etymology: The species epithet cenae  is derived from the Latin “cena,” meaning dinner. 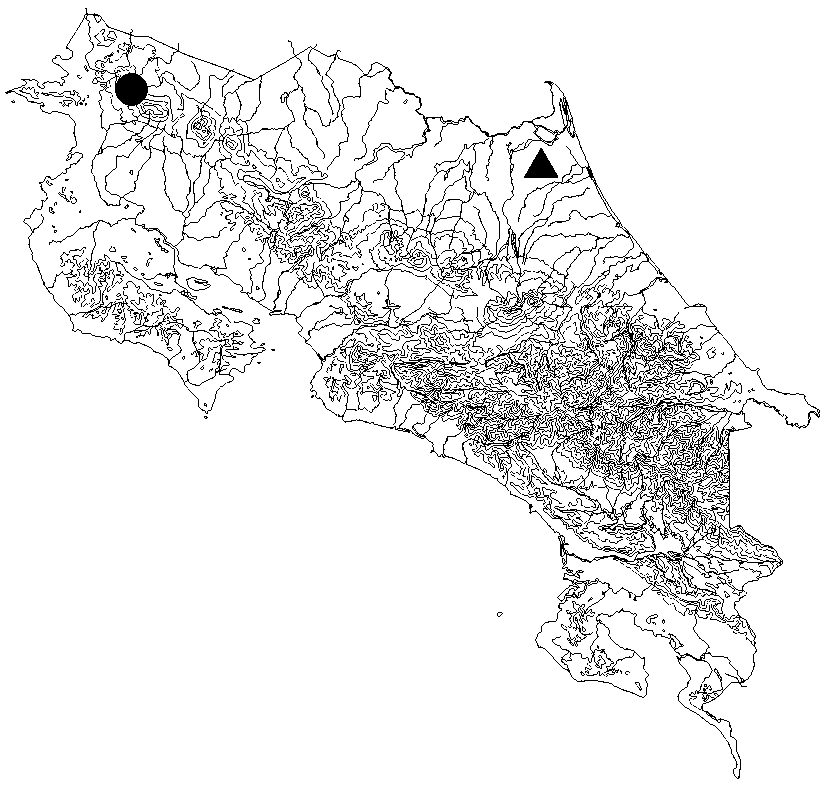