Members of this rather uniform group are of small to medium size and blackish; the nominate species has a subtle bluish tint to the elytra. A diagnostic combination of the adults of the truquii speciesgroup includes the following: labrum slightly depressed medially with rounded anterior lateral margin and slightly emarginate apex; antennae of males with antennomeres more or less subequal in length (except short pedicel); that of females with antennomere 8 short, slightly less than half the length of 7, antennomeres 9–11 half the length of 3-7. Antenna of normal length, reaching level of middle coxa, not markedly short and robust nor long and markedly thin. Head behind eyes moderately elongate, broadly rounded posteriorly in female, slightly tapered to neck in male; elytral interneurs each a series of large, coarse, variously separated punctures; elytral apex nearly perfectly truncated, laterally with a small, broadly acute tooth, sutural corner rounded; legs and tarsi normal, not markedly modified; male metasternum moderately setigerous, abdominal sterna III–V bilaterally setigerous, setae long and numerous, simply sparsely setiferous on female; male phallus ( Fig. 3B View Fig ) broadly arrowshaped, tip rounded.

Three species are currently recognized in the species-group:

Derivation of Specific Epithet. The epithet “ wickhami ” is an eponym based on the family name of H. F. Wickham, Coleopterist and Paleoentomologist of the late 19 th and early 20 th centuries, who collected the adult holotype of this species somewhere in or near Brownsville, Texas.

Diagnosis. Agra wickhami has all the attributes of the genus and species-group as described above and is large for the truquii species-group. Adults with black integument; appendages darkly infuscated; antennomeres 6–11 bicolored. Frons and occiput moderately domed, smooth, mostly glabrous, with less than 10 scattered setae in addition to fixed supraorbital setae. Pronotum with linear rows of large, coarse punctures from apex to base. Elytral interneurs each with large coarse puncture; apex truncate with small, obtuse dent apicolaterally.

Dispersal Potential. These beetles are macropterous and probably capable of flight; they are swift and agile runners.

Way of Life. See A. rileyi above for general information. Specimens of A. wickhami were taken at lowland elevations along the Rio Grande Valley in southeastern Texas, where sabal palms and sugar hackberry grow. Adults are active in the late rainy season in the Yucatán of Mexico. See Wickham (1897) for descriptions of the vegetation at Brownsville at the time of his collecting the holotype.

Geographic Distribution. This species is currently known from the type locality and the Yucatán peninsula of Mexico ( Fig. 5 View Fig ) . 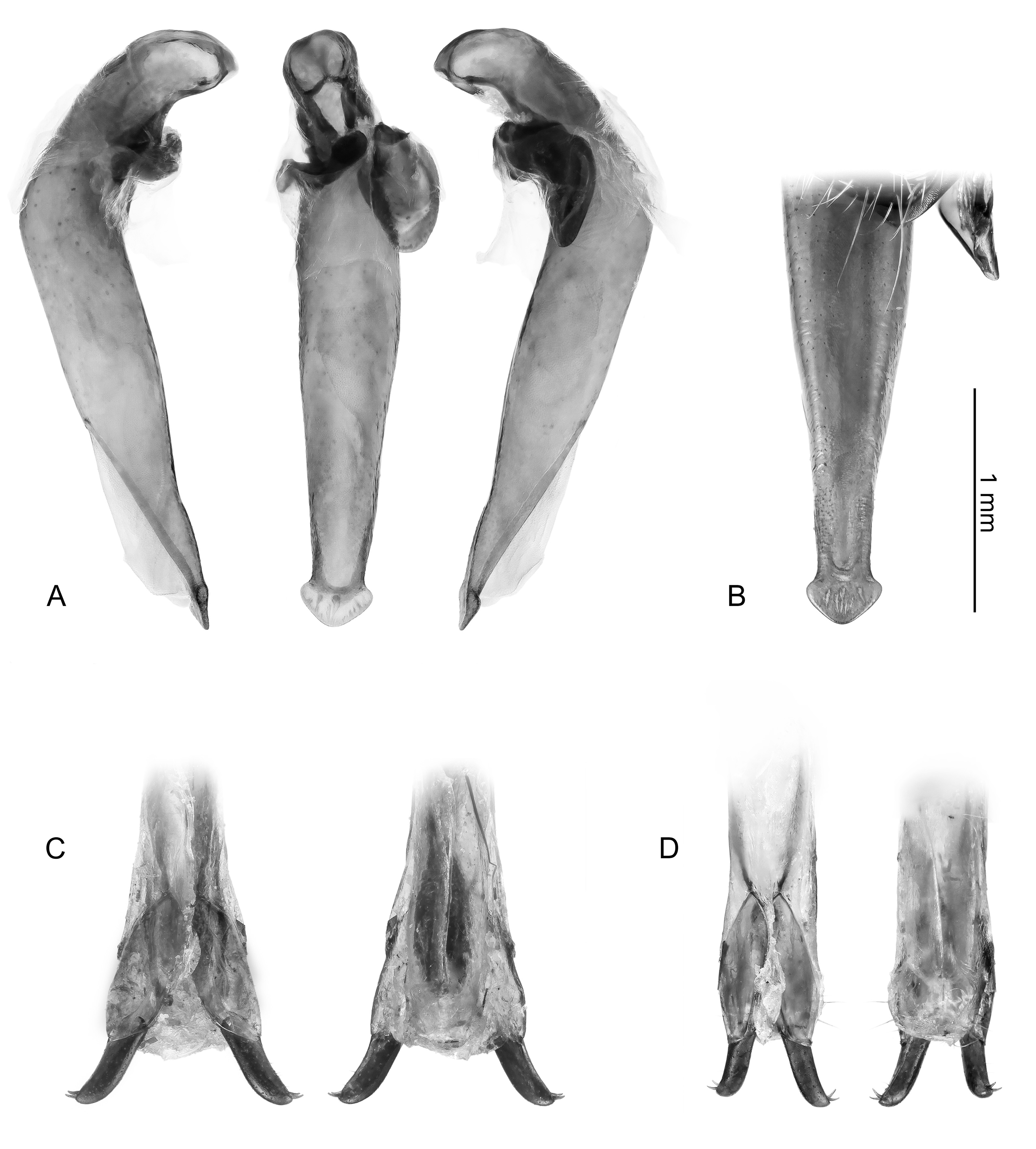 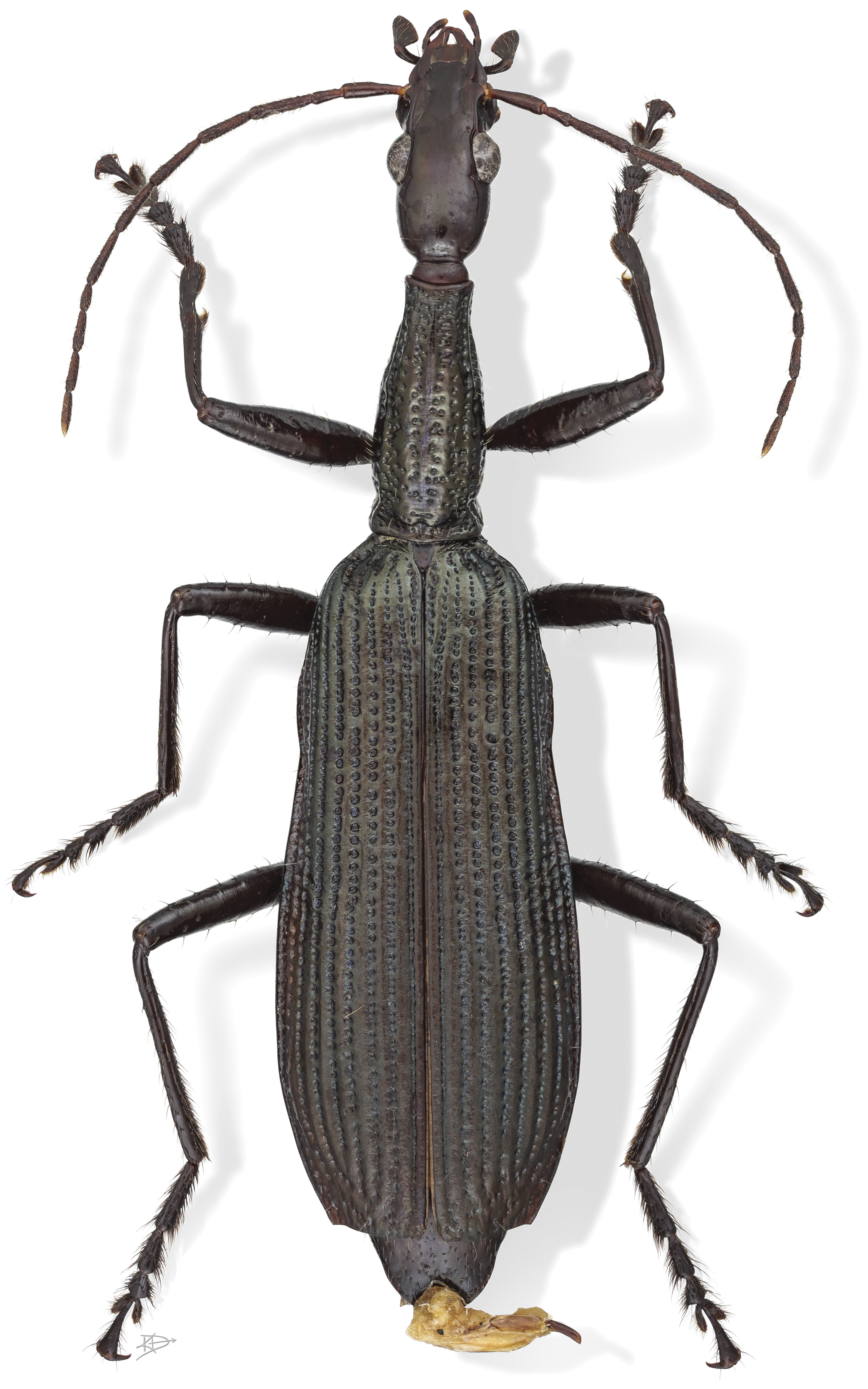 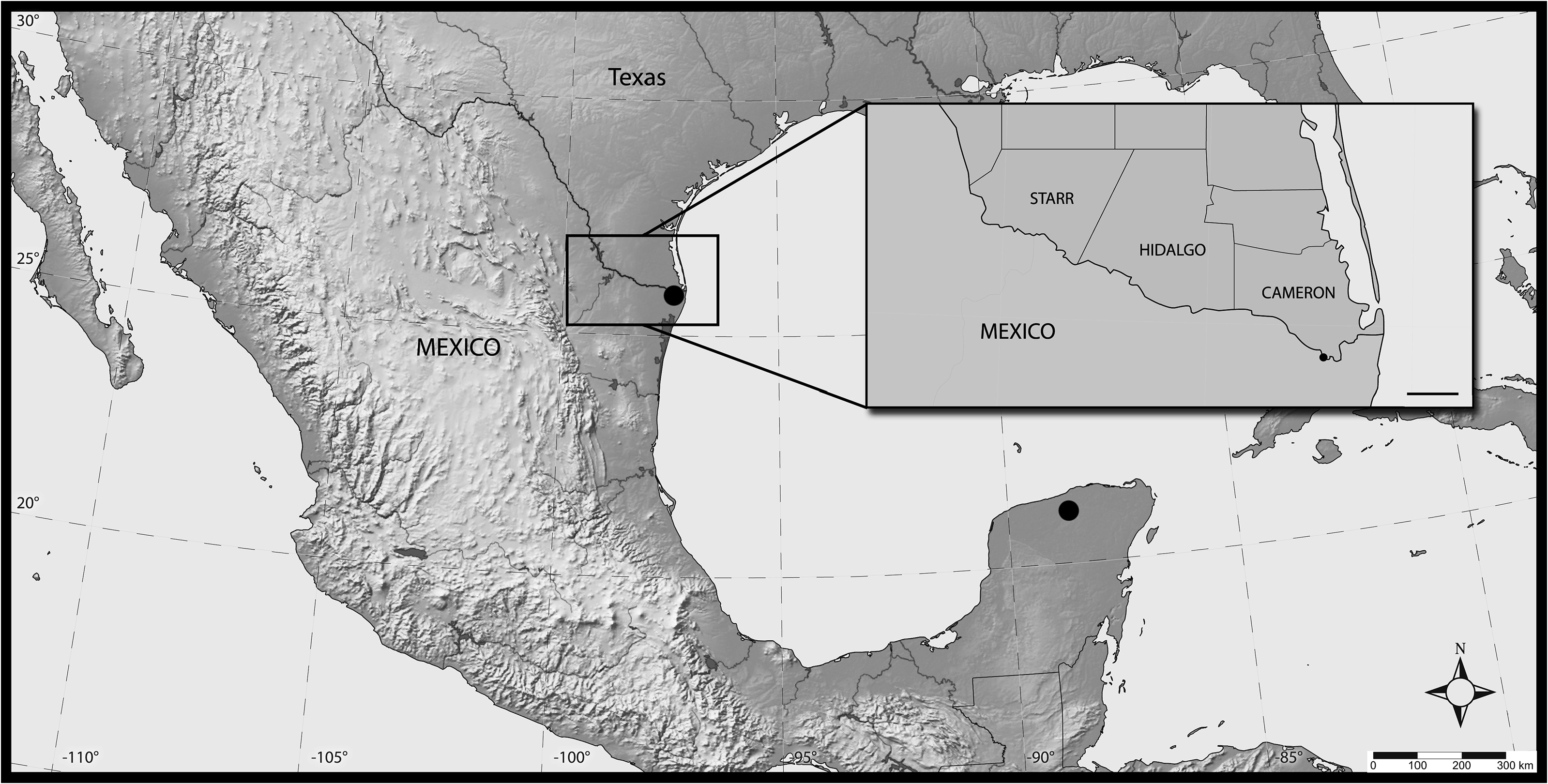