Derivation of Specific Epithet. The epithet “ rileyi ” is an eponym based on the family name of the Texas Coleopterist, Edward G. Riley, at Texas A&M University, who collected adults of this species near and at the type locality.

Diagnosis. This species has all the attributes of the genus and species-group as described above and is small for the oblongopunctata species-group. Adults with brown integument, elytra slightly aeneous with a subtly greenish tint at bottom of punctures in interneurs; head behind eyes and prothorax dark brown. Frons and occiput slightly domed, without punctures, with scattered fine setae. Pronotal disc with 4 rows of longitudinal punctures, 2 rows of larger punctures adjacent to midline each side, and a row of smaller punctures along each lateral margin; a few randomly spaced, very small punctures on smooth areas. Elytral apex obliquely truncate, lateral corner slightly obtuse, not dentate, sutural corner rounded. Interneurs with rounded or slightly elongate punctures, without even spaces between puncture.

Dispersal Potential. These beetles are macropterous and capable of flight; they are attracted to UV light. They are swift and agile runners. They ‘sleep’ in the daytime under curled or dry leaves, aligned with the mid-rib of the leaf.

Way of Life. Adults of other Agra species are found in the canopy of rainforest trees; larvae of species in this genus are found under the bark of these trees ( Arndt et al. 2001), however, they must also roam on the surface during the night, as they have been collected by insecticidal fogging techniques in the very early morning before first light. Members of A. rileyi occur at lowland elevations along the Rio Grande in southeastern Texas where sabal palms and sugar hackberry grow. Adults are active in the spring, summer, and fall, mostly in the rainy season of September and October.

Geographic Distribution. This species is currently known from the type locality area in Cameron County, and the nearby Texas counties of Hidalgo and Starr ( Fig. 4 View Fig ) .

Notes. This species, one of many in the oblongopunctata pecies-s group, represents the northern limit of the entire Agra distribution pattern. At the southern end, a few species occur in northernmost Argentina. The greater species richness of the genus straddles the equator, decreasing with distance from the equator. 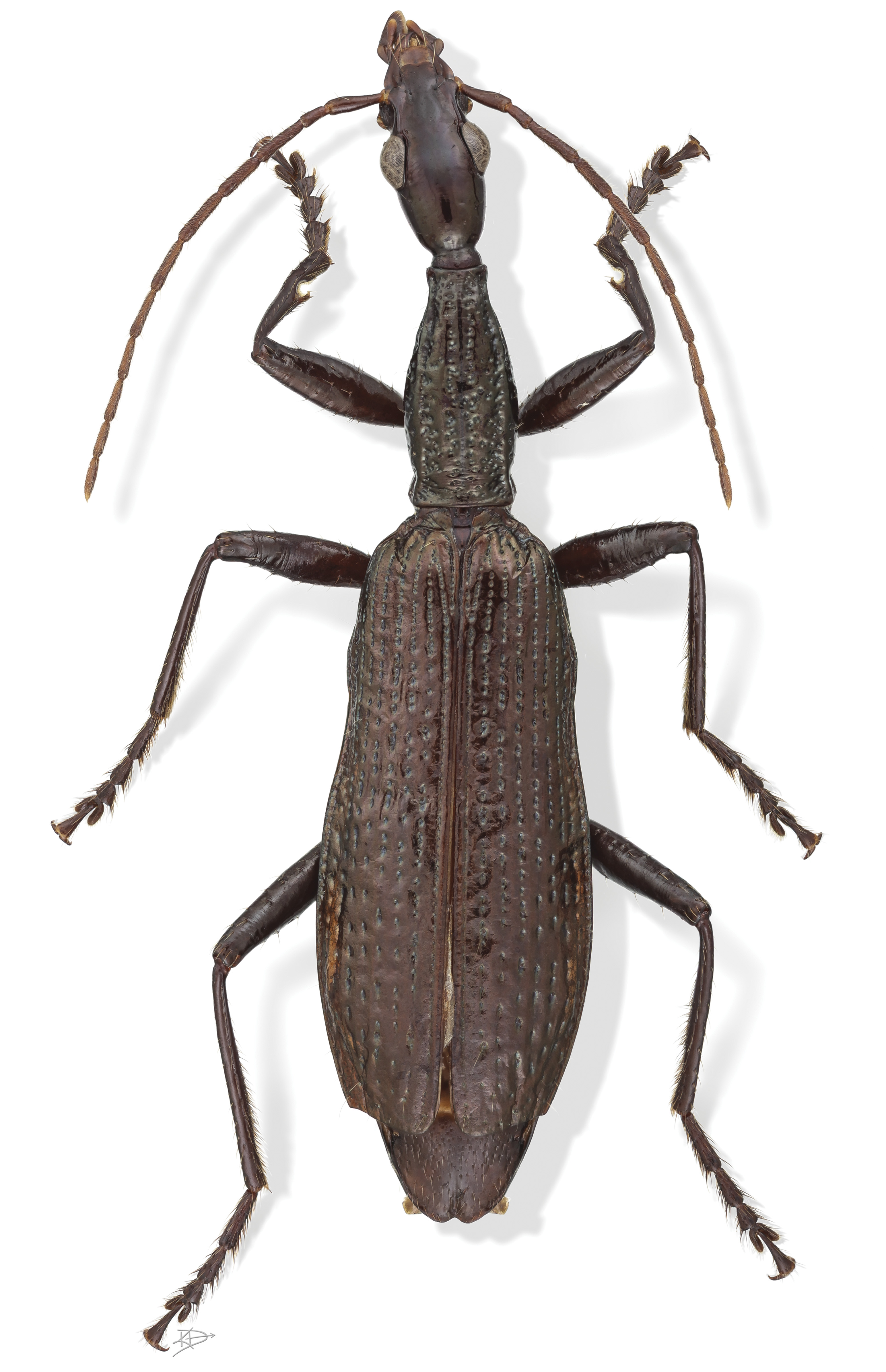 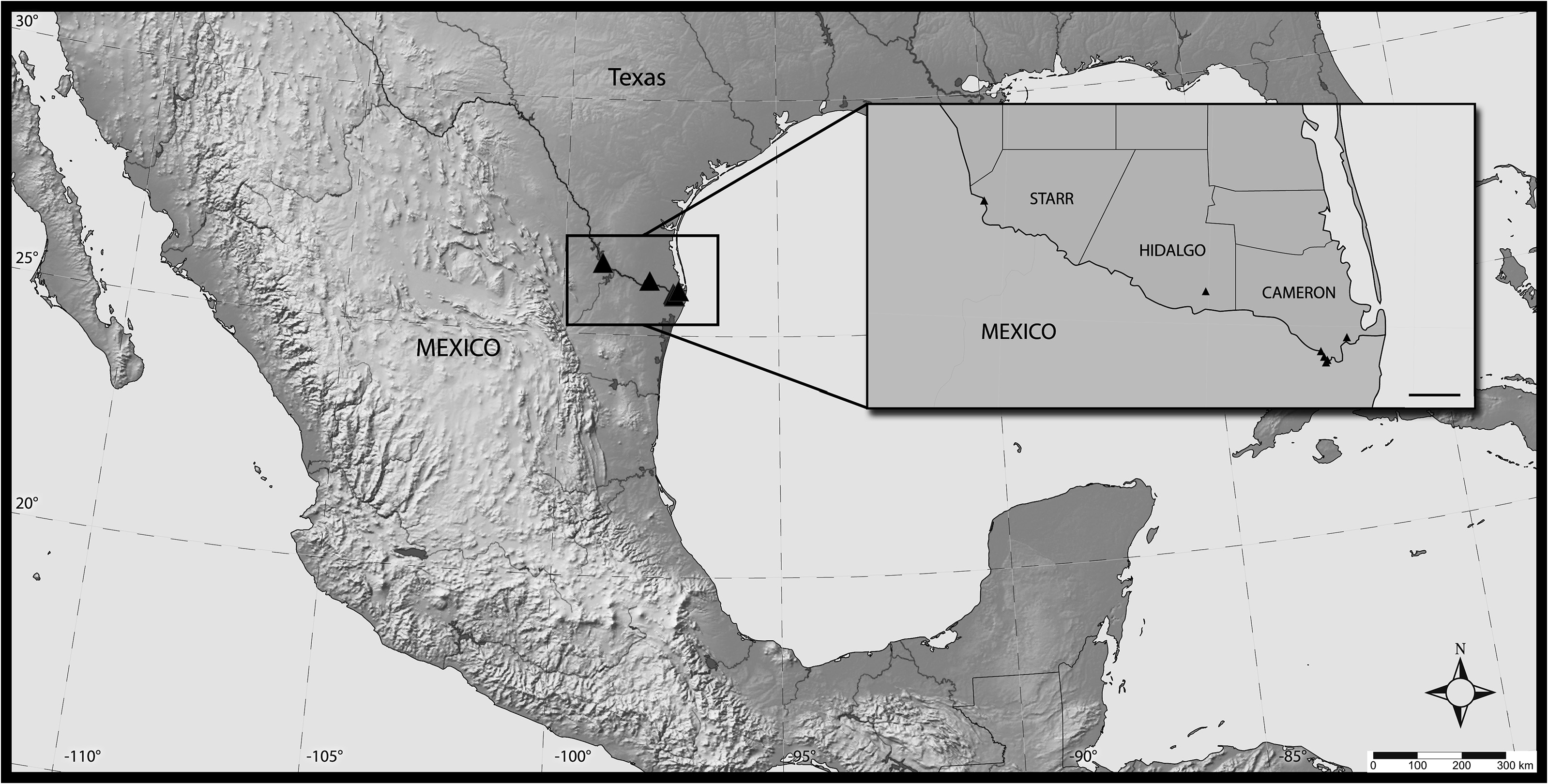