Type material. HOLOTYPE: Male (with its associated pupal exuviae and cocoon) in 80% ethanol, reared from a pupa collected from a river (width 5–6 m, 23.0˚C, shaded, elevation 200 m), moderately flowing in a forest, Mainit, 10 km north of Brooke’s Point, Palawan, Philippines, 21-IX-2009, by H. Takaoka & V. F. Tenedero  . PARATYPES: Three females and one male, same data as those of the holotype.

Etymology. The species name mainitense  refers to the locality name, Mainit, where this new species was collected.

Remarks. This new species is assigned to the S. tuberosum  species-group by having the female scutum not striated, claw simple, ovipositor valve triangular, male ventral plate nearly quadrate when viewed ventrally, style with a basal round protuberance having spines, and pupal gill with six thread-like filaments. This new species is further placed in the S. nitidithorax  subgroup, defined by Takaoka (2017), by lacking a pair of clustered stout hairs on the sternite 7 of the female abdomen and a pair of pit-like organs on the pupal thorax.

This new species is similar to S. sabahense Smart & Clifford  from Sabah and Sarawak ( Smart and Clifford 1969; Takaoka 2008) in many characters including the number of male upper-eye facets, and thoracic integument with round tubercles, but is distinguished from the latter species by the relative length of the anterodorsal trichomes on the pupal thorax against the trichomes on the frons (1.1 in this new species versus 0.7 in S. sabahense  ) and length of the gill filaments (longest 2.0– 2.2 mm and shortest 1.0– 1.3 mm in this new species versus longest 1.4–1.7 mm and shortest 0.7–1.0 mm in S. sabahense  ).

This new species is similar to S. aeneifacies Edwards  from Sabah ( Edwards, 1933; Takaoka, 2008) by having the female sensory vesicle of medium length and pupal gill of similar length and arrangement. It is distinguished from the latter species in the male by the smaller number of upper-eye facets in 14 vertical columns and 15 or 16 horizontal rows (in 16–18 vertical columns and 17–20 horizontal rows in S. aeneifacies  ) and in the pupa by the relative length of the anterodorsal trichomes on the pupal thorax against the trichomes on the frons (1.1 in this new species versus 0.7–0.8 in S. aeneifacies  ).

This new species is distinguished from the four other species of the S. tuberosum  species-group from Sabah and Sarawak by the following characters: from S. alberti Takaoka  and S. masilauense Takaoka  by the female sensory vesicle of medium-length (much elongated in the other two species), and from S. keningauense  and S. lunduense  by the dorsal surface of the pupal thorax covered with round tubercles (cone-like tubercles with sharply pointed apices in the latter two species).

Simulium nitidithorax Puri  from India is distinguished from this new species in the female by the fore femur yellow on the basal half and blackish on the rest; in the male by the white pruinose anterolateral spots on the scutum connected near the base of the wing to the large posterior spot, and the relative width of the hind basitarsus against the hind tibia (0.7); and in the pupa by the gill with six filaments in three sessile pairs and about 1.7 mm long, and two filaments of the ventral pair subequal in width to each other ( Puri 1932). 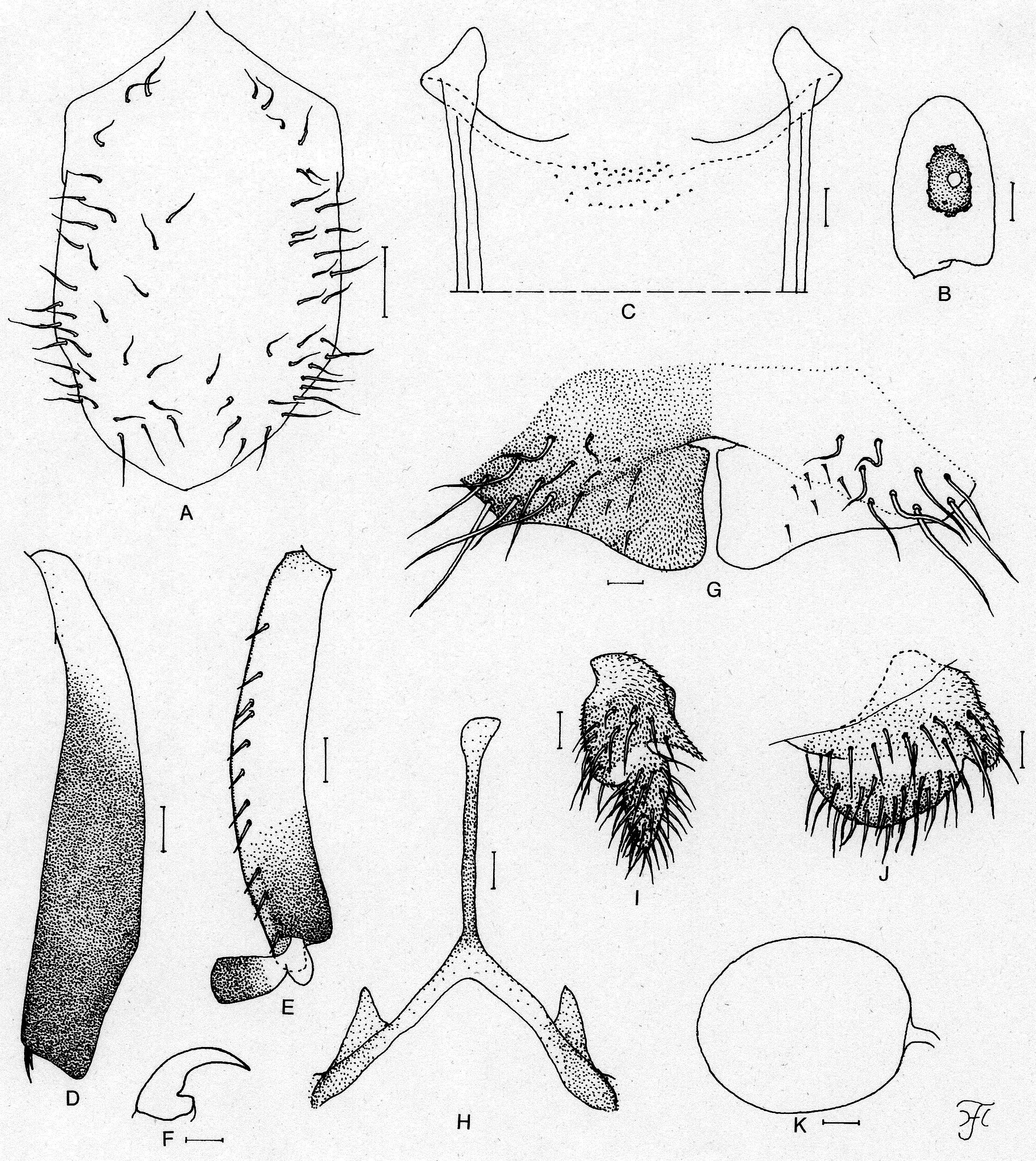 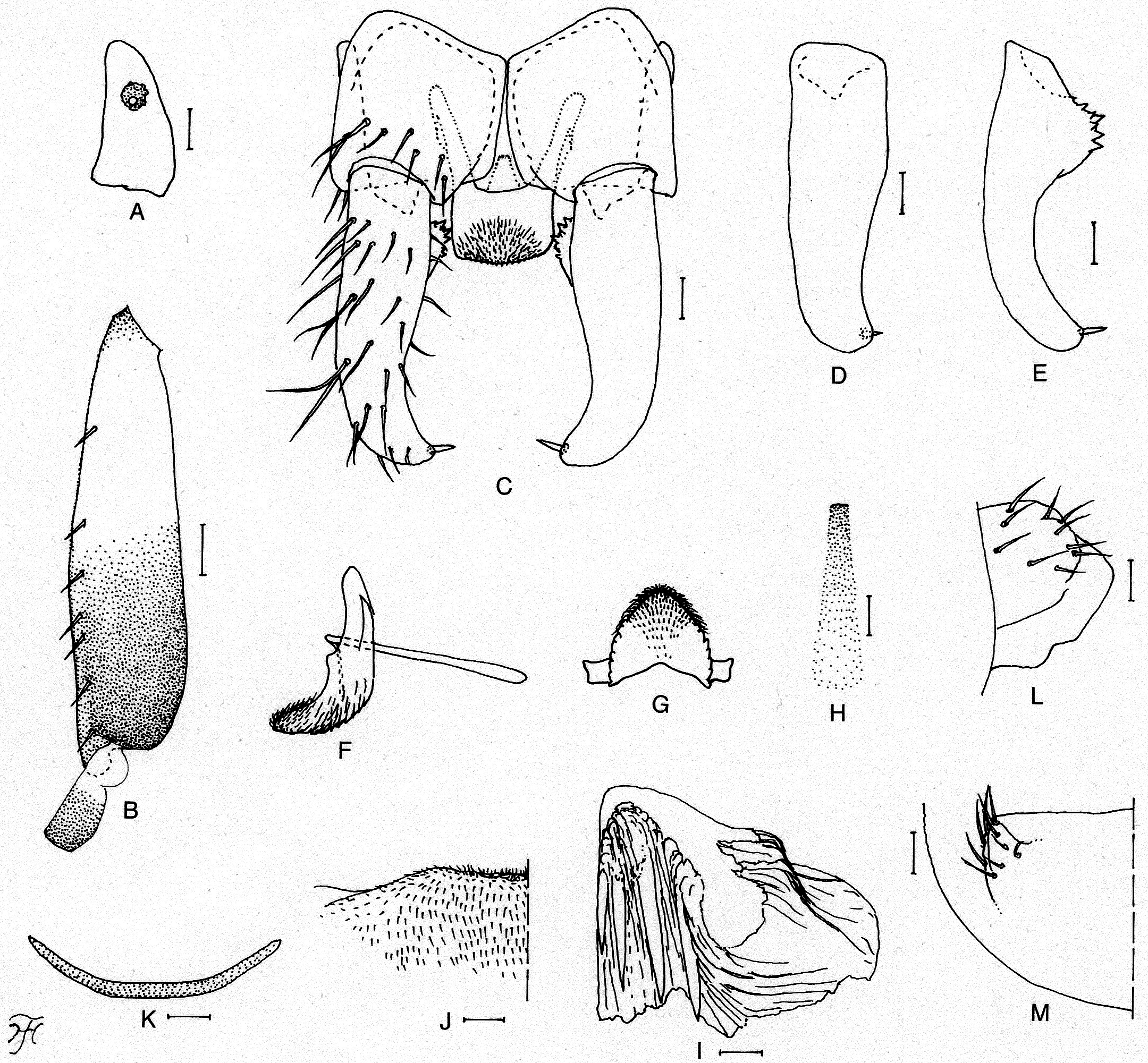 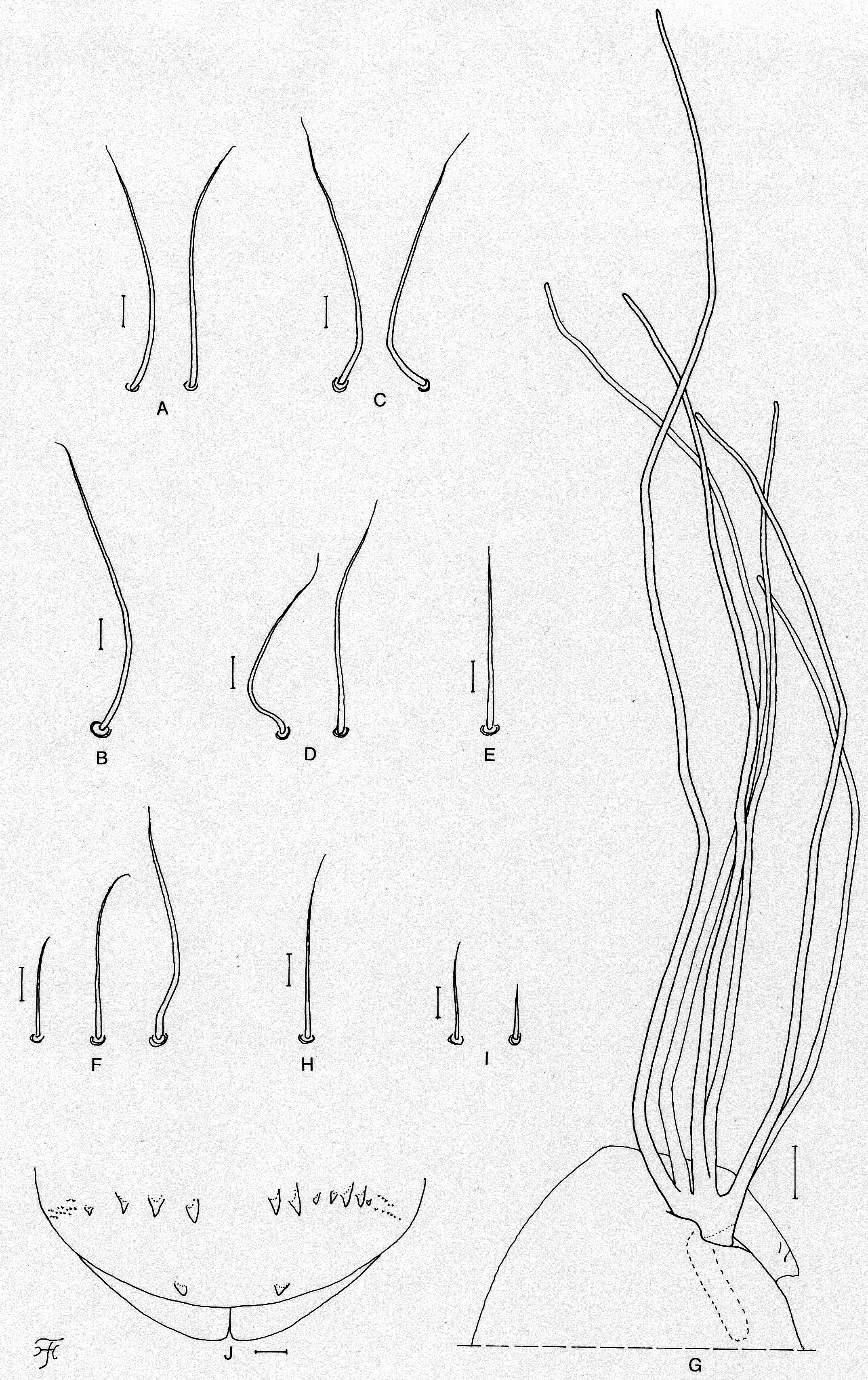