Diagnosis: Yellowish to light reddish brown; rostrum not tumescent above antennal insertion, dorsally punctulate; scrobe not projected beyond antennal socket; basal portion of basal plate of sternum 9 subrectangular, T-shaped; tegminal apodeme as long as the aedeagal length. Azotoctla aecuatorialis shares with A. anerunca and A. gottsbergeri the presence of spine-like endophallic sclerites that extend basad of the aedeagus, as well as a subcontiguous ramus and collum of the spermatheca. However, A. aecuatorialis can be distinguished from the latter two species by the antennal scrobe not projected beyond the antennal socket, and by the lack of sclerites on the pedon of the aedeagus.

Variation: Little variation is apparent amongst the examined specimens. The single available female has a longer funicular antennal segment I than observed in males.

Etymology: Named after the country of Ecuador, i.e. the region of the type locality and only country where A. aecuatorialis has so far been found.

Natural history: Azotoctla aecuatorialis is known only from the western lowlands of Ecuador ( Fig. 36 View Figure 36 ) on the western flange of the Andean Cordillera, where it is sympatric with A. femorata and A. angustacra . The specimens were collected at the Río Palenque Biological Station, located along the Santo Domingo- Quevedo corridor, between 100 and 200 m. These habitats are characterized by intermixed tropical humid forest and cultivated areas of African palms and other trees, and are rather isolated from other forests in the western Ecuador. The purported occurrence on ‘palm flowers’ (label information) is probably a misidentification. 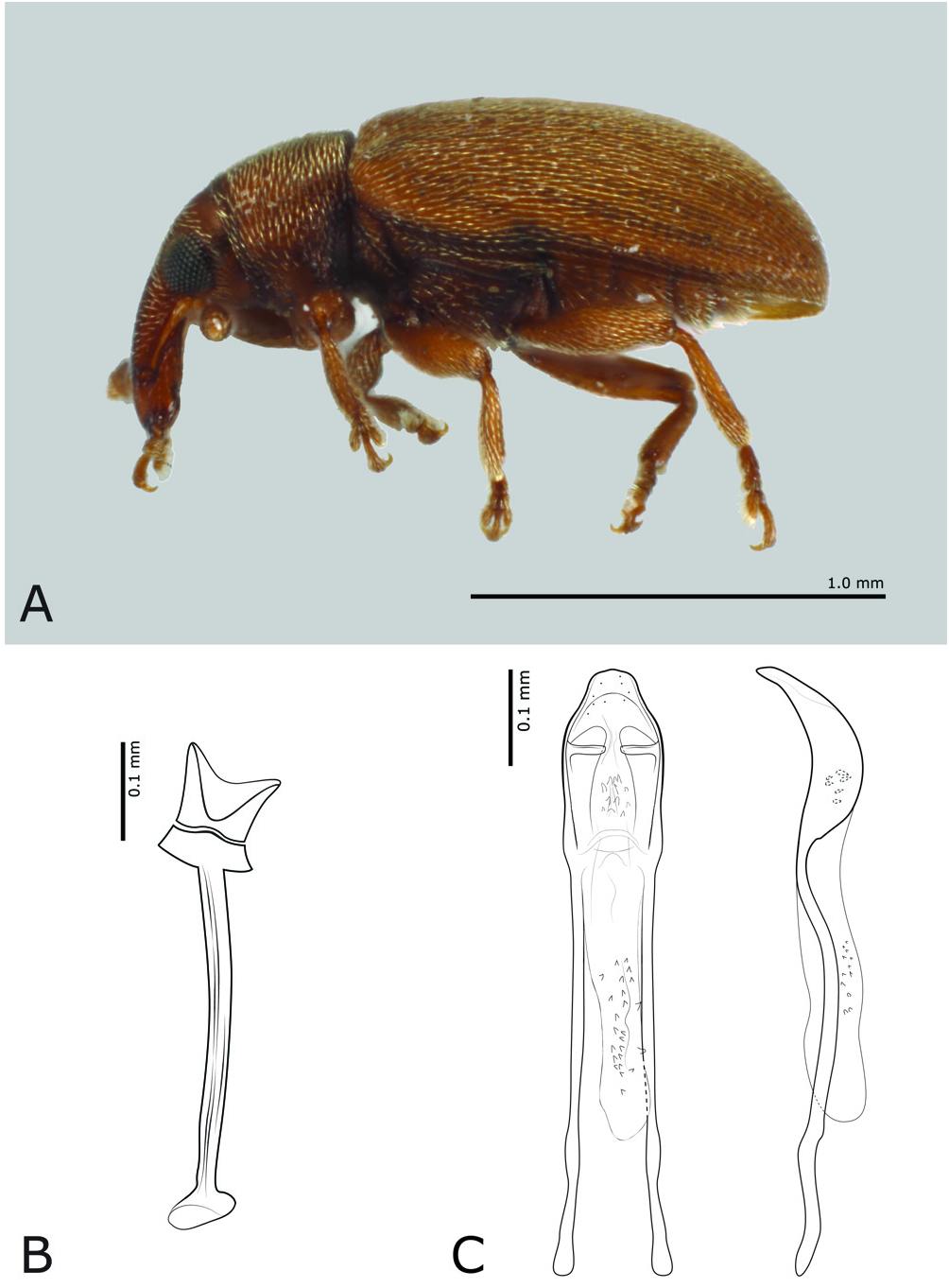 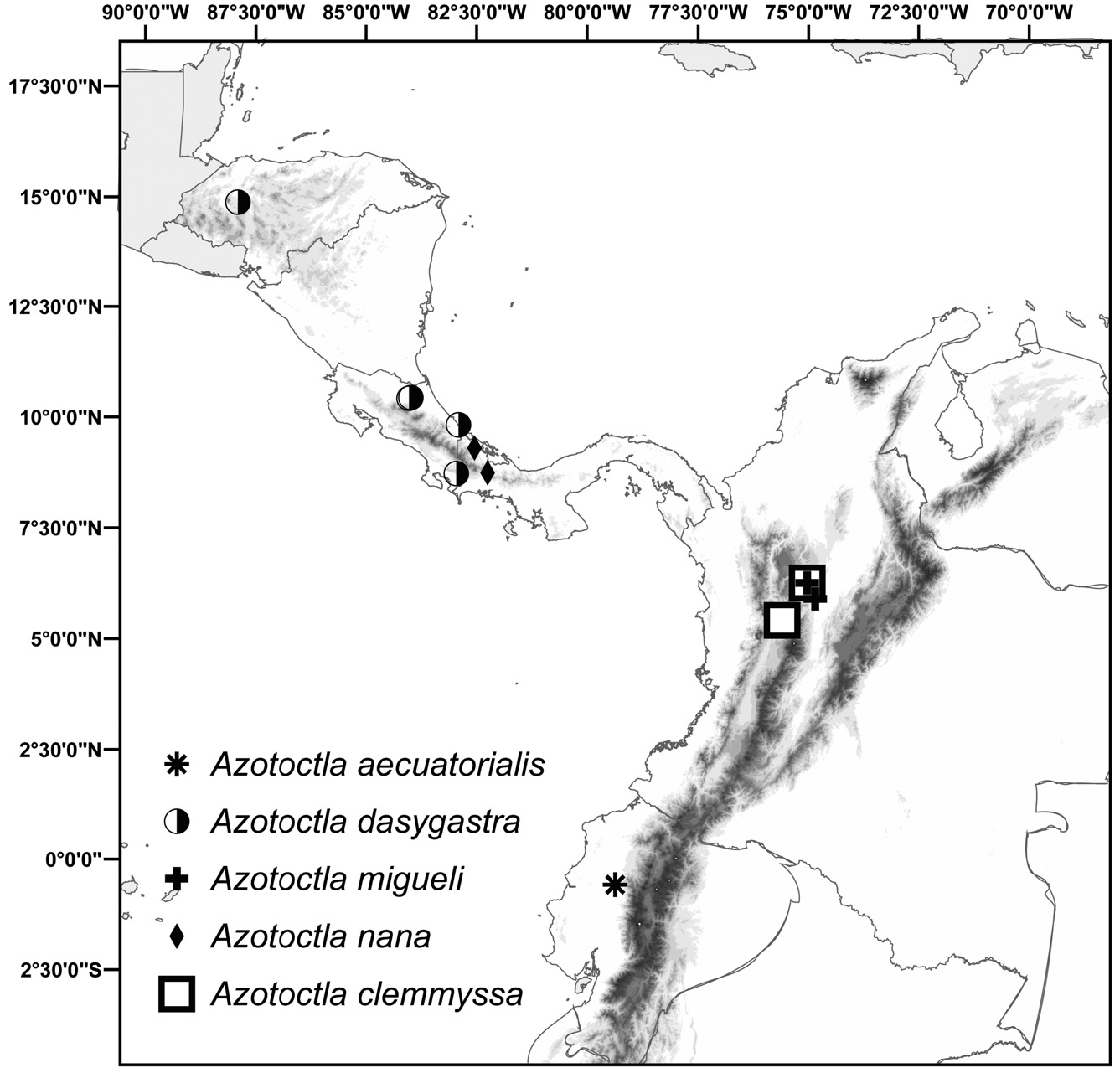