Comments. The species was described using 15 pairs obtained in Venezuela and Colombia. The holotype is labeled “ Kolumbien, Hagua". According to Frey’s (1975) key this species is superficially similar to P. pachypyga Burmeister, P. nigrofusca Moser, and P. rorulenta Burmeister described from Venezuela, Colombia, and Peru, respectively, but the metatibial spur is fused with the tibial margin, allowing this species to be separated from the first two of the above group, also, the form of the distal end of the parameres is different to that in the latter.

The locality, “Hagua” is not mentioned in the Diccionario Geográfico de Colombia (Instituto Geográfico Agustín Codazzi 1996) however, it may refer to “Valle de Dagua”, located on the road from Cali (capital of the Department of Valle del Cauca) to the port of Buenaventura on the Colombian Pacific coast. It is possible that the holotype was collected in the Municipality of Dagua, from where it was sent to Bogota, to the Apolinar-María collection. 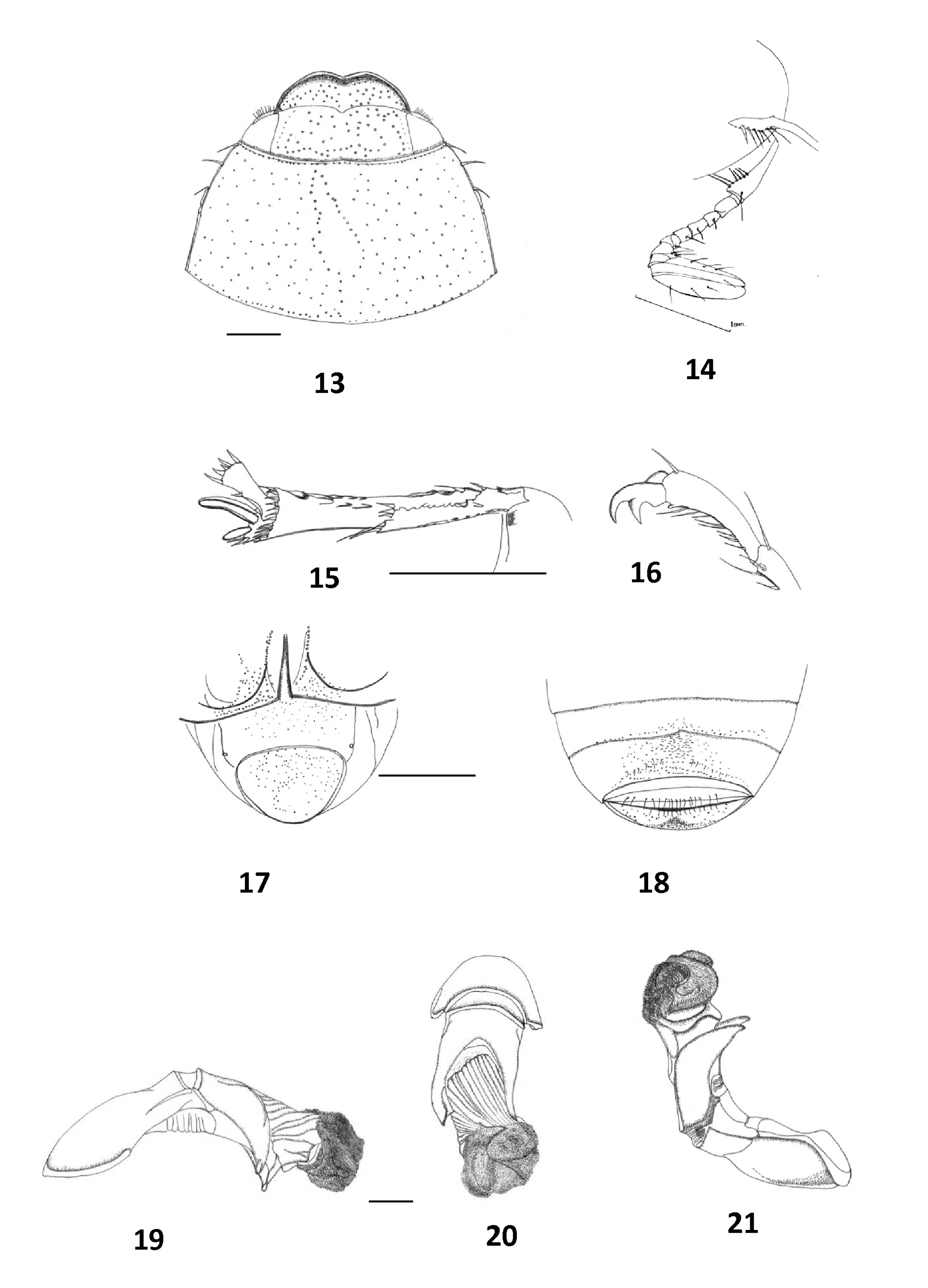