Description. Colony. Coenenchyme bright yellow and connects polyps in expanding colonies as stolons across the surface of P. japonicum  ; 75–100 % of polyps observed as singletons in colonizations of 16–95 ( Reimer et al. 2008 a).

Marginal musculature of C. tsukaharai  defies simple classification and is apparently novel. Observation of any single longitudinal section through the muscle would be interpreted in 80 % of the sections as a transitional marginal musculature ( Fig. 2View FIGURE 2 A), such as is reported for Savalia ( Ocaña et al. 1995)  . When examining all of the longitudinal serial sections through the marginal muscle, attachment points appear to be a cyclic continuum of mesogleal, transitional (lacunae and pleats), and endodermal forms ( Figs. 1View FIGURE 1 A, 1 B, & 2 A).

The usual justification for similar observations (that an endodermal muscle will occasionally appear mesogleal when muscle must traverse the mesentery where the mesentery abuts the margin; e.g., Carlgren 1913) seems improbable because the muscle is mesogleal at three regular intervals (as an observer proceeds through the serial sections) for 5–15 times the width of the mesenteries of similar species. Although the mesenteries of C. tsukaharai  could not be measured here, width of mesenteries in two closely related unnamed Corallizoanthus ( Swain 2010)  are insufficient (4–10 Μm) to explain mesogleal portions of the marginal muscle (50–60 Μm; Fig. 2View FIGURE 2 A). If this was an endodermal muscle that appeared mesogleal where the muscle traversed the mesentery (essentially an artifact of the serial sectioning), the mesogleal portions would: (1) be randomly located along the length of the muscle (as the microtome blade imperfectly sectioned the diminutive diameter of the mesenteries), (2) rarely occur as all or most of the attachment points within a single section (only when a mesentery was perfectly parallel to the plane of the microtome blade), (3) approximate the diameter of the mesentery (because the mesoglea of the mesentery, and not the margin, is being observed), and (4) occur at irregular intervals (only visible when the section happened to capture the mesentery). These artifacts of serial sectioning of endodermal marginal musculature are not observed in the C. tsukaharai  paratype ( Fig. 2View FIGURE 2 A). 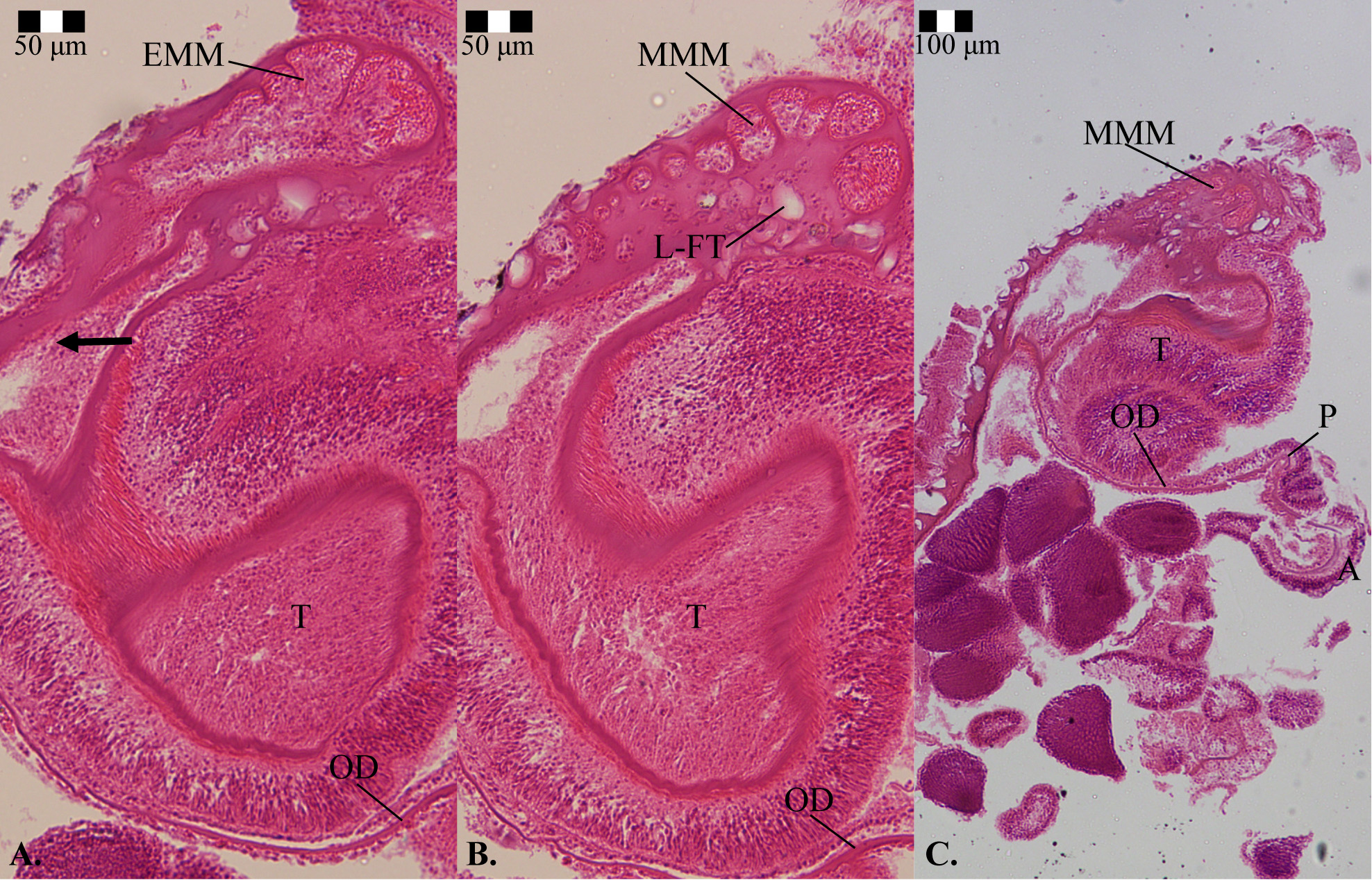 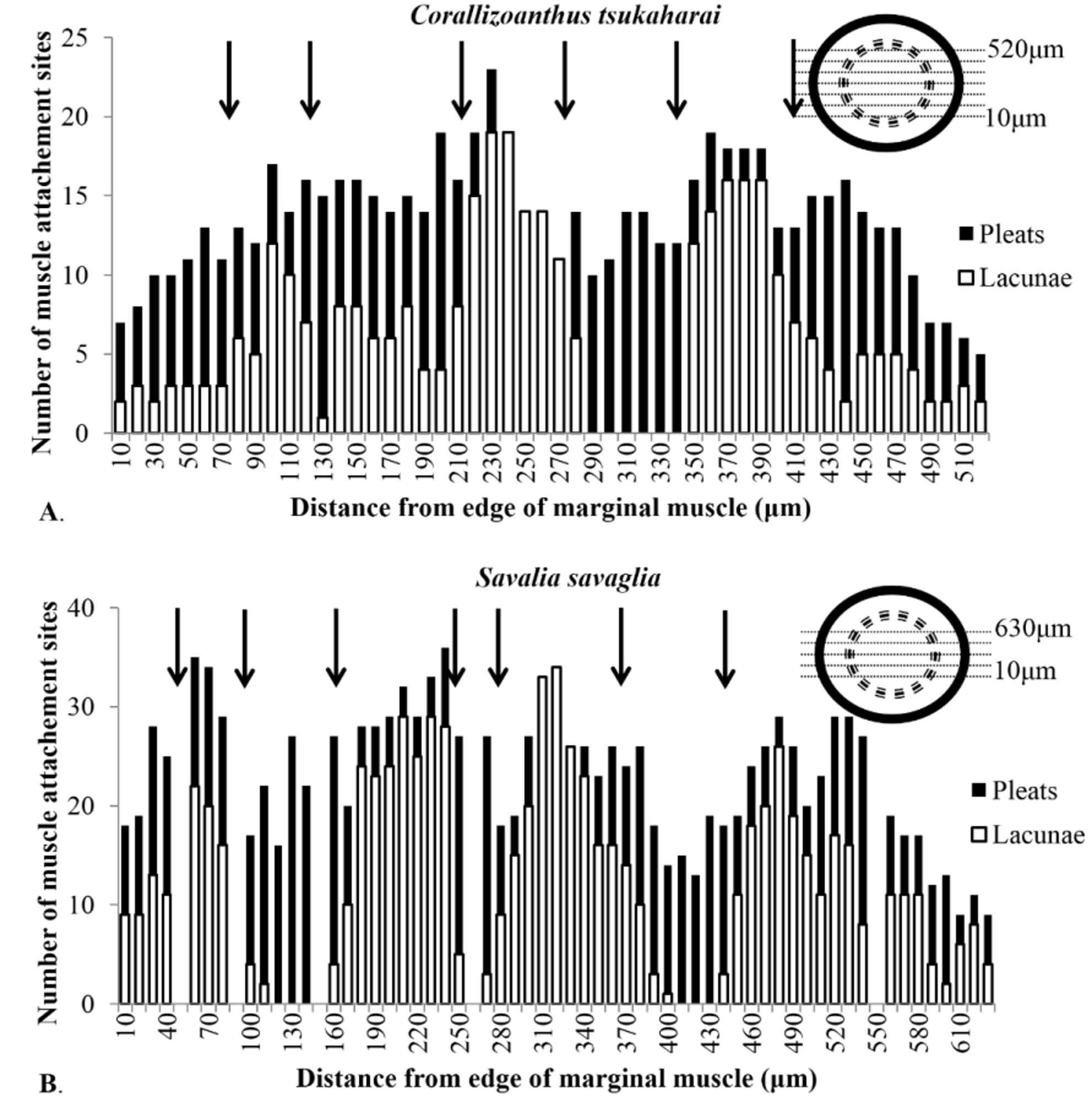