Remarks. Our specimens from Santa Marta concur with the type material (also compared with a SEM spicule plate kindly sent by R.W.M. van Soest, pictured in van Soest et al. 2013: fig. 30). This species can be separated from other thinly encrusting, red to orange to scarlet Greater Caribbean Clathria   by the presence of acanthostyles in a wide range of sizes (perhaps in two distinct categories). From the various spicule combinations, C. minuta   seems rather similar to C. (Microciona) campecheae Hooper, 1996   [new name for Greater Caribbean C. affinis ( Topsent, 1889)   (see also van Soest 1984), preoccupied by C. affinis Carter, 1880   from the Indian Ocean (see Hooper 1996)], especially in the similarly sized and shaped toxa. The latter species can be distinguished by having a single category of larger etosomal tylostyles and the acanthostyles not reaching such large sizes. We have not yet found C. campecheae   in Colombian waters, although it has been listed as C. affinis   from Santa Marta by Rozemeijer & Dulfer (1987) and Aerts & van Soest (1987), whose material was identified by R.W.M. van Soest himself. van Soest et al. (2013) described sister species Clathria (Thalysias) minutoides   from NW Africa, distinguished from C. minuta   by having the apices of the toxa finely spined.

The record of Rhaphidophlus cf. minutus   by Kobluk & van Soest (1989) from Bonaire caves needs to be confirmed as these authors mentioned that their specimen differs from the type in the shape of the toxa, being straight-angled instead of softly to deeply curved. Brazilian records of Clathria (Thalysias) minuta   (listed in Muricy et al. 2011: 147) are all from checklists. In contrast to Santa Marta material, Bahamas specimen had distinct star pattern of the canal system and oscules (see Zea et al. 2009). 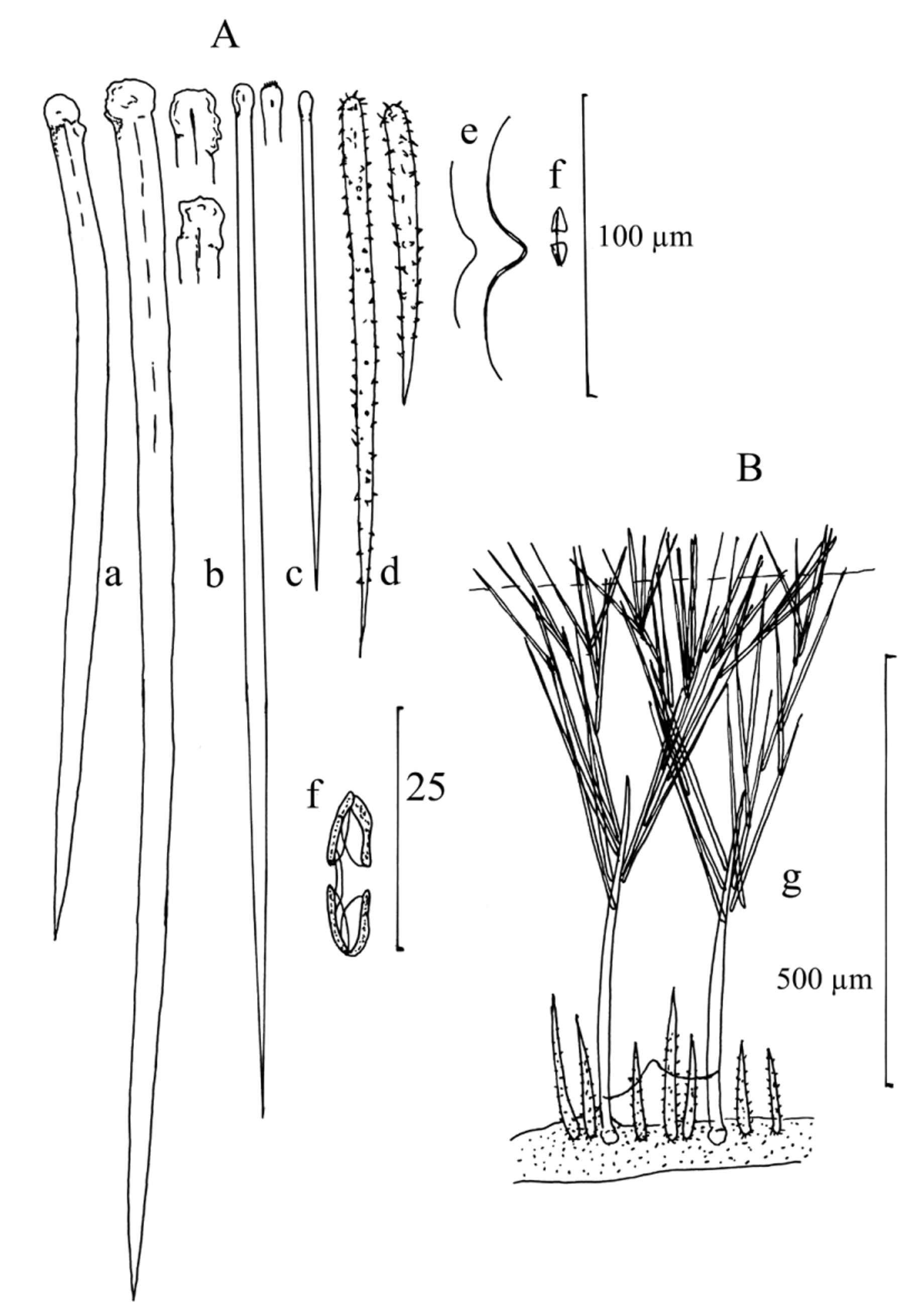 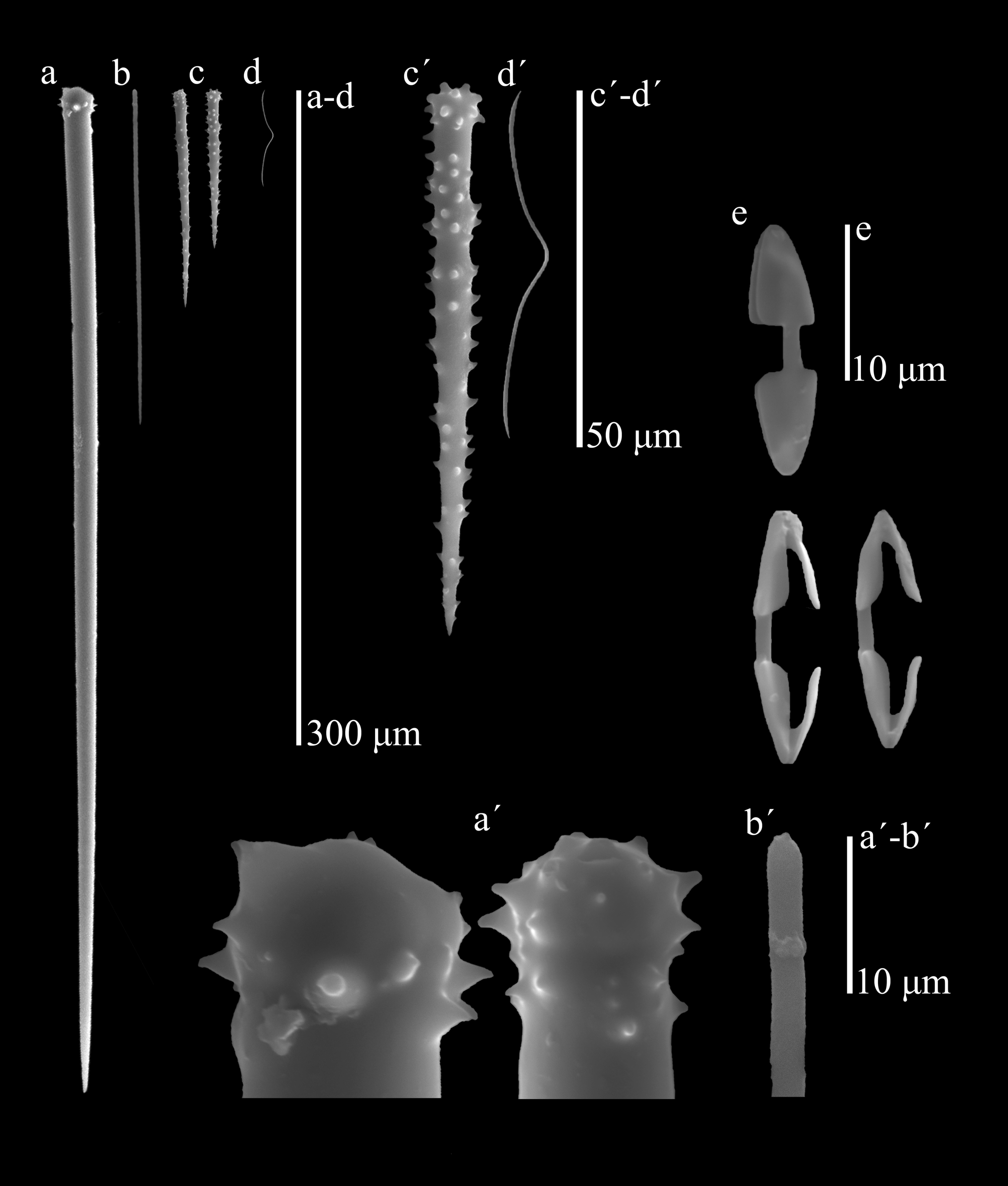