One female was not included in the type series, it was dissected and used for the preparing of figures of the body parts: same data as the holotype ( CS).

Comparative notes. Based on the coloration, general shape of the elytra and aedeagus, A. consanguineum  sp.n. is similar to Himalayan A. jaegeri  sp.n., from which it differs by the markedly wider pronotum and details of both internal and external characters of the aedeagus.

Distribution. The species is known from several localities in the Gaoligong Shan and Diancang Shan ranges in Yunnan, China ( Fig. 55View FIGURE 55).

Etymology. The specific epithet (Latin adjective: related) refers to the similarity of this species to A. jaegeri  sp.n.

FIGURE 55. Distribution of Anthobium consanguineum (black circles) in China and A. jaegeri (black square) in Nepal. 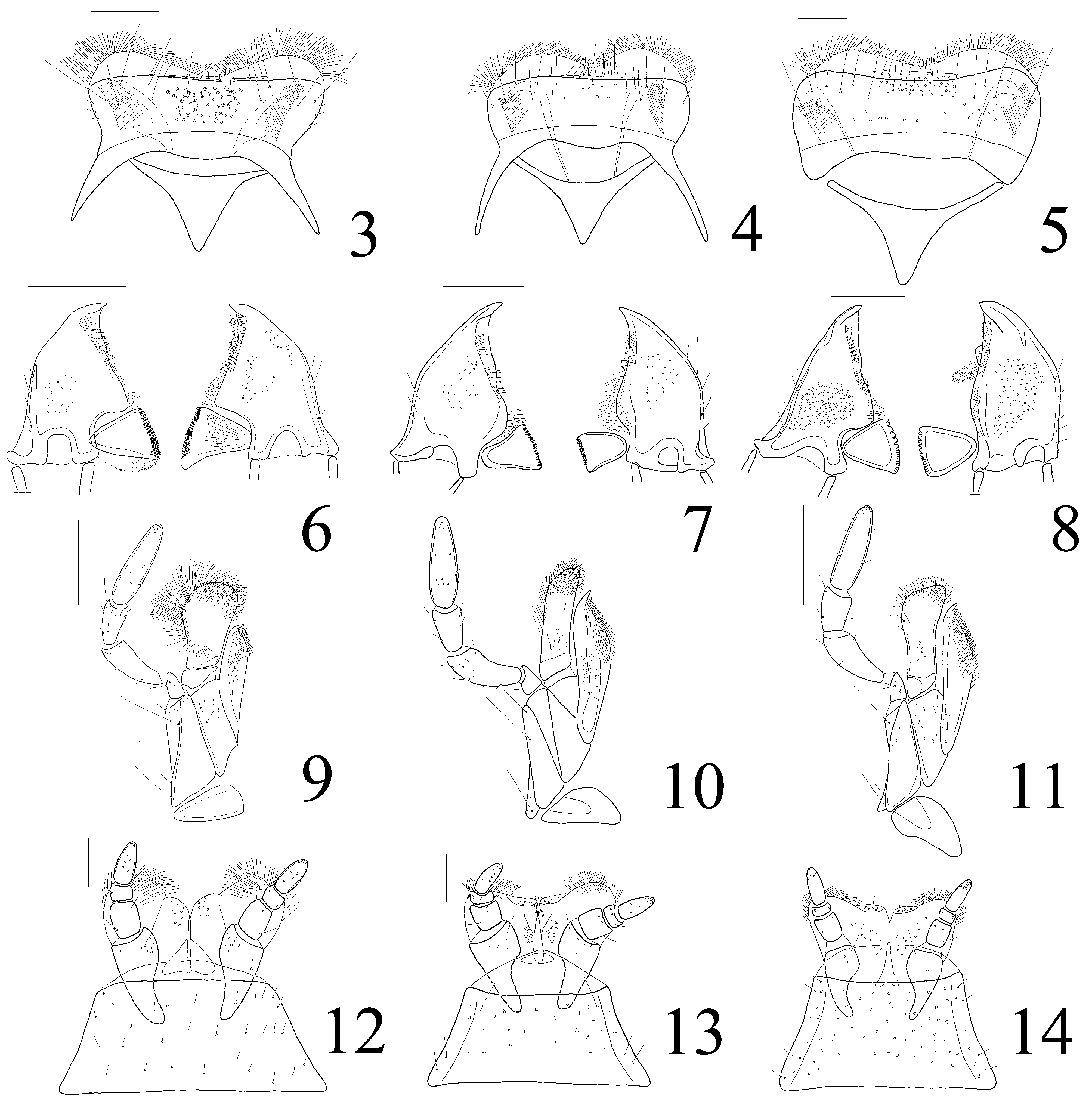 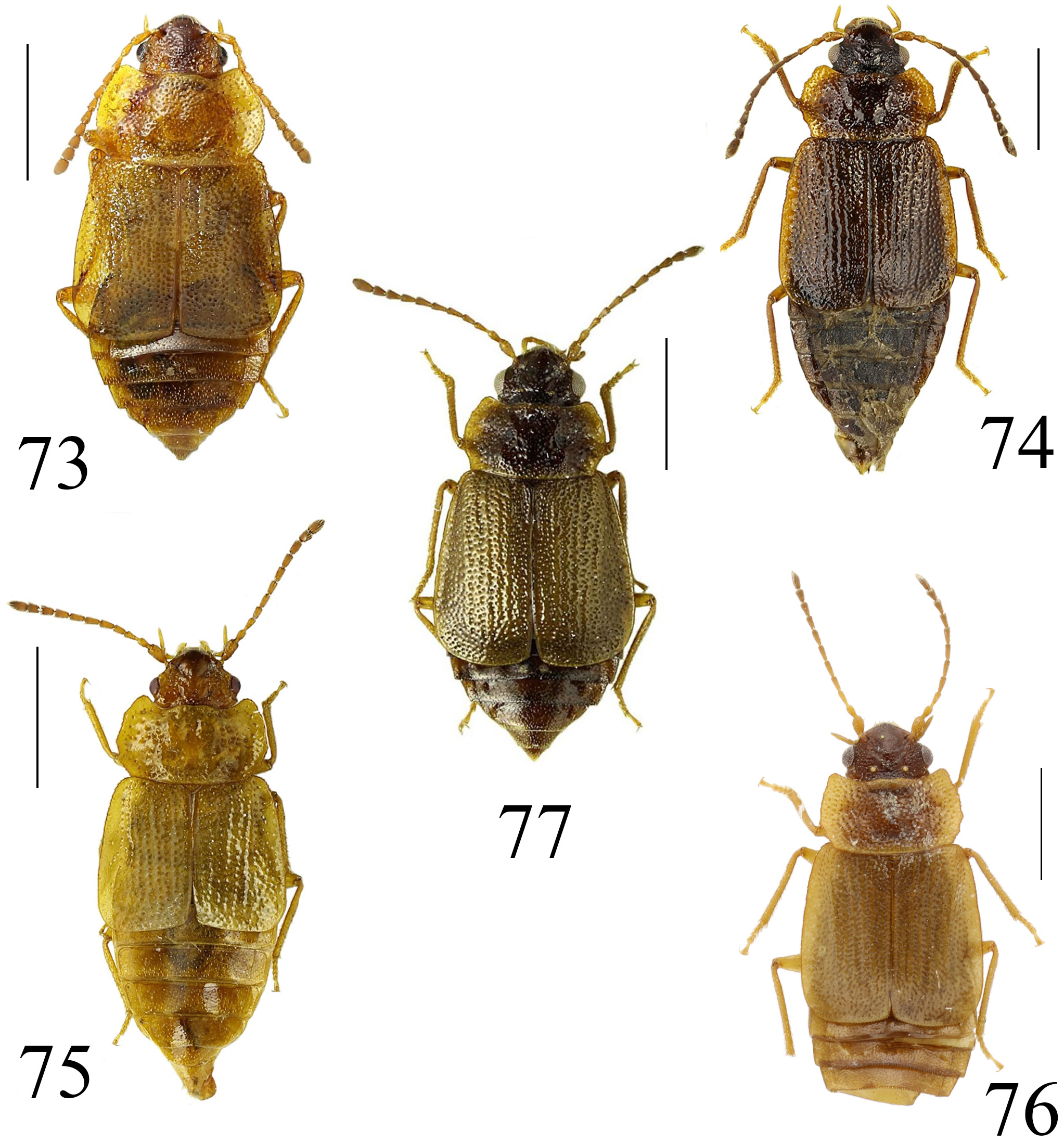