Internal genitalia ( Fig. 25View FIGURES25–29): vagina stout, with diverticulum and spermatheca situated at apex, median oviduct at basal one-third part of ventral side; diverticulum moderately long and thick sac-shaped, slightly shorter than vagina, distinctly expanded at apical half part, about twice as long as maximal width, rounded at apex; spermatheca short sac-shaped, distinctly shorter than diverticulum, distinctly expanded apically and rounded at apex, and provided with a moderately long and thin accessory gland at base; diverticulum and spermatheca surrounded with a strongly sclerotized ring at base, which is confluent in middle and extending to median oviduct on ventral side, the opening of spermatheca arising from middle of the sclerotized ring on dorsal side. 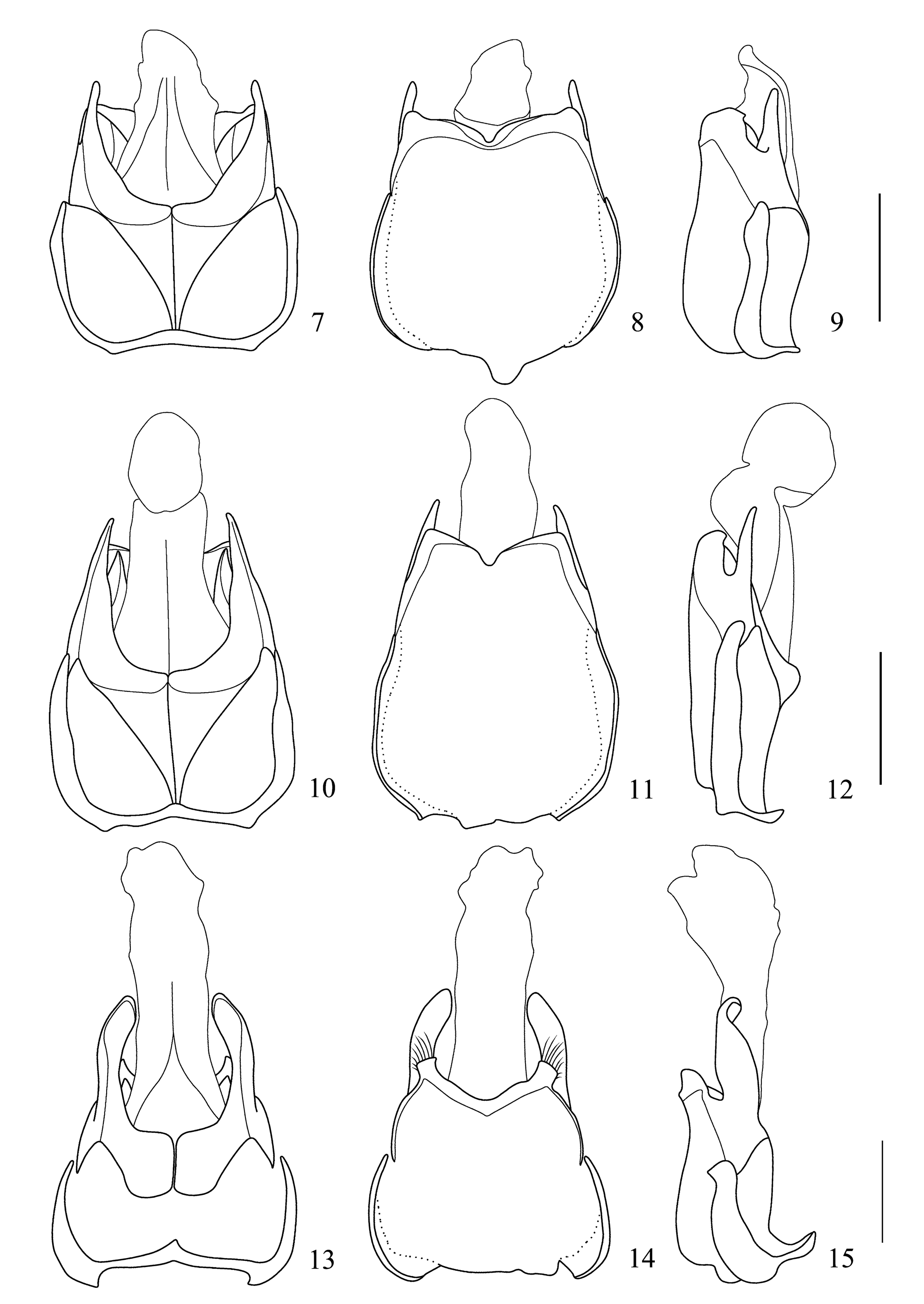 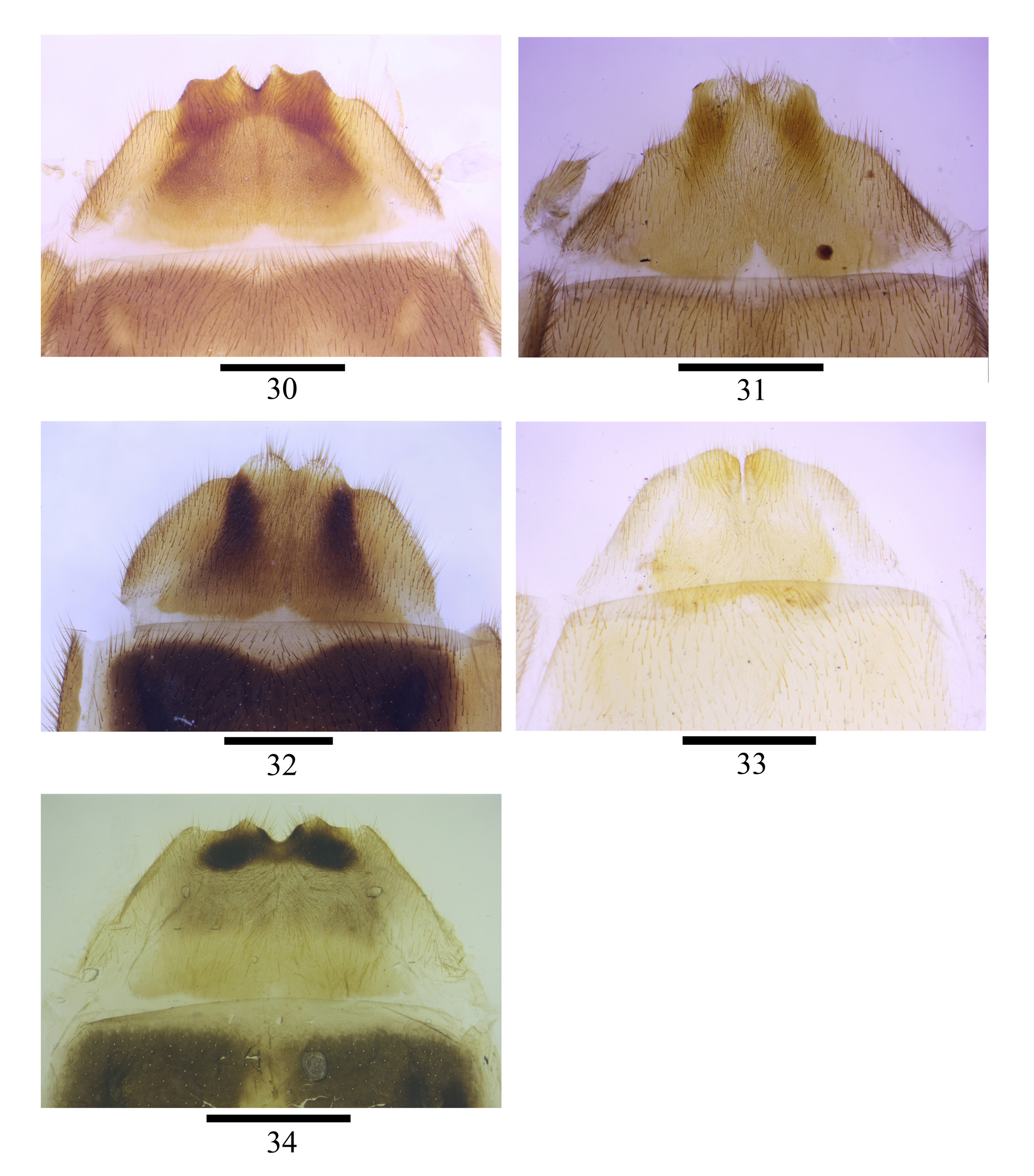