Notes. Mello-Leitão (1943) described this species under the genus Cyrtognatha Keyserling, 1881  and did not present any illustrations of the specimen he described. Dimitrov & Hormiga (2009) redescribed this species, giving modern illustrations and ascribed it to Tetragnatha  . However, its chelicerae apparently belong to an immature specimen ( Fig. 16AView FIGURE 16) and the vulva illustrated by Dimitrov & Hormiga 2009 (fig. 65A) does not seem to belong to a fully grown female. This specimen is small and with a pretty small, undeveloped chelicera bearing only a few teeth at both rows, all characters compatible with a juvenile spider. The spermathecae and central sac are very small and seem not completely developed, suggesting a subadult female. Besides, we examined hundreds of Tetragnatha  specimens from all over Rio Grande do Sul and nearby localities and have not found any other compatible adult specimen. Summing up, we are not able to identify this species and consider it a nomen dubium. 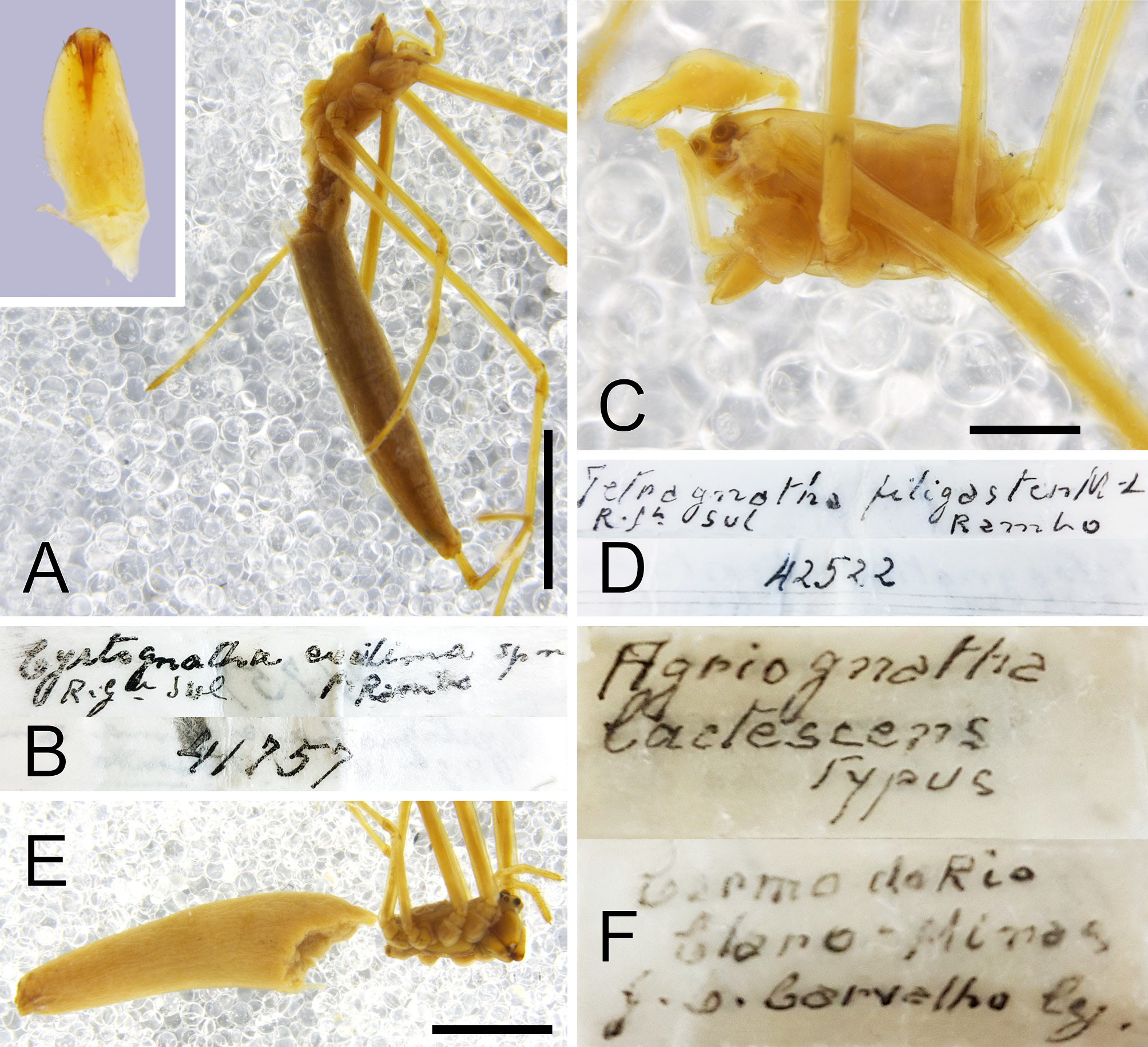