Diagnosis. The head of this species is yellowish-brown and most often immaculate. Its has two pairs of prothoracic marks that are narrow and distinctly separated, the anterior pair curving laterally at a right angle. The male 10 th tergite is rounded in caudal view, having a long, strongly incurved ventral process.

Thorax yellowish-brown; pronotum with two pairs of narrow and widely separated black vittae near lateral margins, anterior pairs sometimes curved laterally; meso – and metanota laterally pale brown. Thorax with pilous yellow setae that are much longer on meso – and metathorax than on prothorax. Legs pale yellowishbrown with yellowish short dense setae; tibiae and tarsi mostly blackish-brown; tarsal claws reddish-brown. Wings pale greyish-brown with several yellowish marks. Forewing with numerous brownish stripes on costal cellules; proximally with one irregular mark, medially with four to seven suboval marks, two or three of which much larger, and with one round mark at distal 1 / 3. Hindwing slightly paler than forewing, immaculate on basal half, with one round mark at distal 1 / 3. Veins brown but slightly paler proximally. Rs 10 to 11 – branched, last branch bifurcate or trifurcate; 7–10 crossveins between R 1 and Rs; M 1 + 2 5 to 8 –branched, M 3 + 4 2 to 4 –branched; 1 A 3 –branched.

Remarks. The new species appears to be closely related to P. guangxiensis   in having the similar dark legs, but it can be easily separated from it by virtue of its nearly immaculate head, by its narrower and widely separated prothoracic marks, and by the male 10 th tergite with the ventral process being strongly curved medially. In P. guangxiensis   , the vertexal marks consist of three pairs, the prothoracic marks are broad and nearly fused at the middle, and the male 10 th tergite possesses a slightly medially curved ventral process. 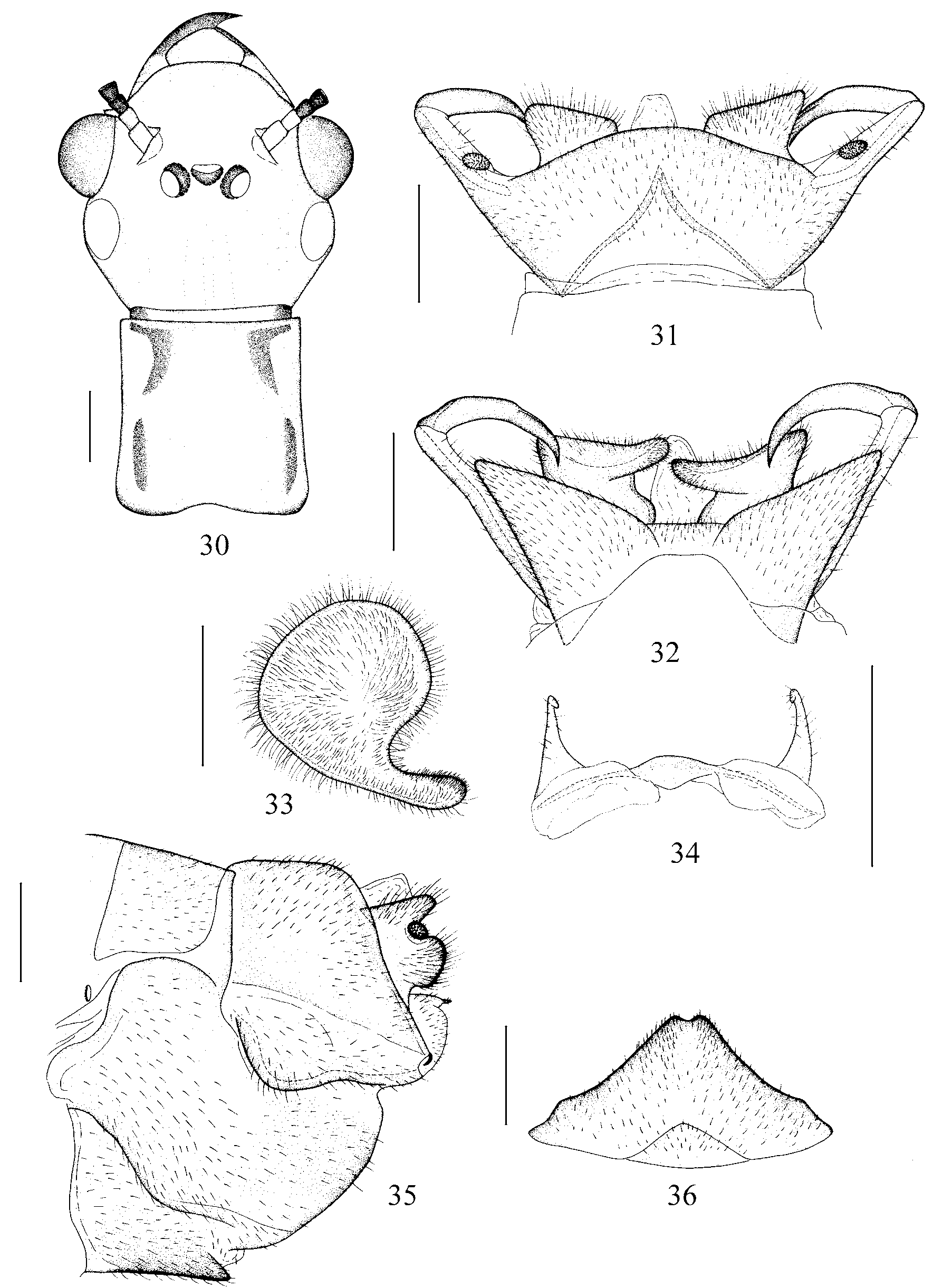