Diagnosis. This species is characterized by three pairs of black marks on its yellow head and by two pairs of pronotal vittae that are nearly fused at midlength. The male 10 th tergite is suboval in caudal view, with a long and slightly incurved ventral process.

Thorax yellowish-brown; pronotum with two pairs of wide black vittae near lateral margins, anterior and posterior pairs somewhat connected at midlength; meso- and metanota laterally with pair of brown marks. Thorax with pilous yellow setae that is much longer on the meso- and metathorax than on the prothorax. Legs dark except for coxae, trochanters, and bases of tibiae pale yellow, with yellowish short dense setae; tibiae and tarsi nearly black; tarsal claws reddish-brown. Wings pale greyish-brown with several yellowish marks. Forewings with numerous brownish stripes on costal cellules; proximally with an irregular mark, medially with several suboval marks mainly along Cu 1, and with a round mark at distal 1 / 3. Hindwing paler than forewing, immaculate on proximal half, with two or three marks at middle and a round mark at distal 1 / 3. Veins pale brown except for yellowish veins on yellowish marks and anal areas. Rs 9 to 10 -branched, last branch bifurcate; 10–12 crossveins between R 1 and Rs; M 1 + 2 6 to 7 -branched, M 3 + 4 2 to 3 -branched; 1 A 3 -branched. 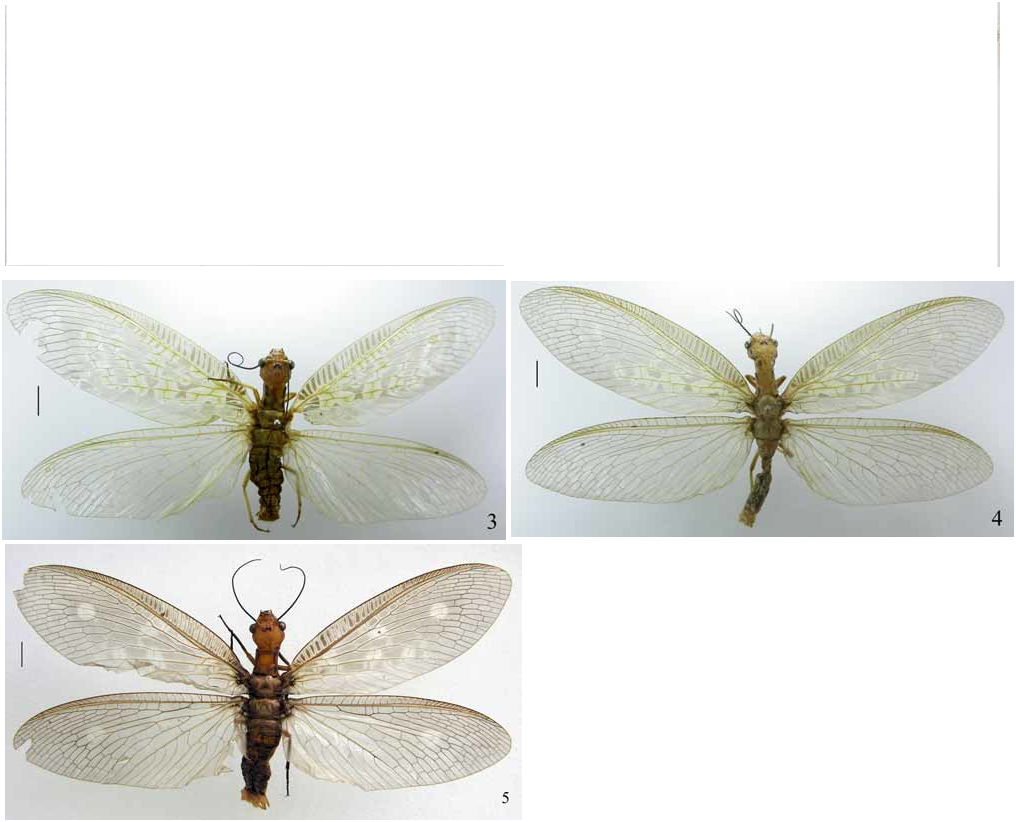 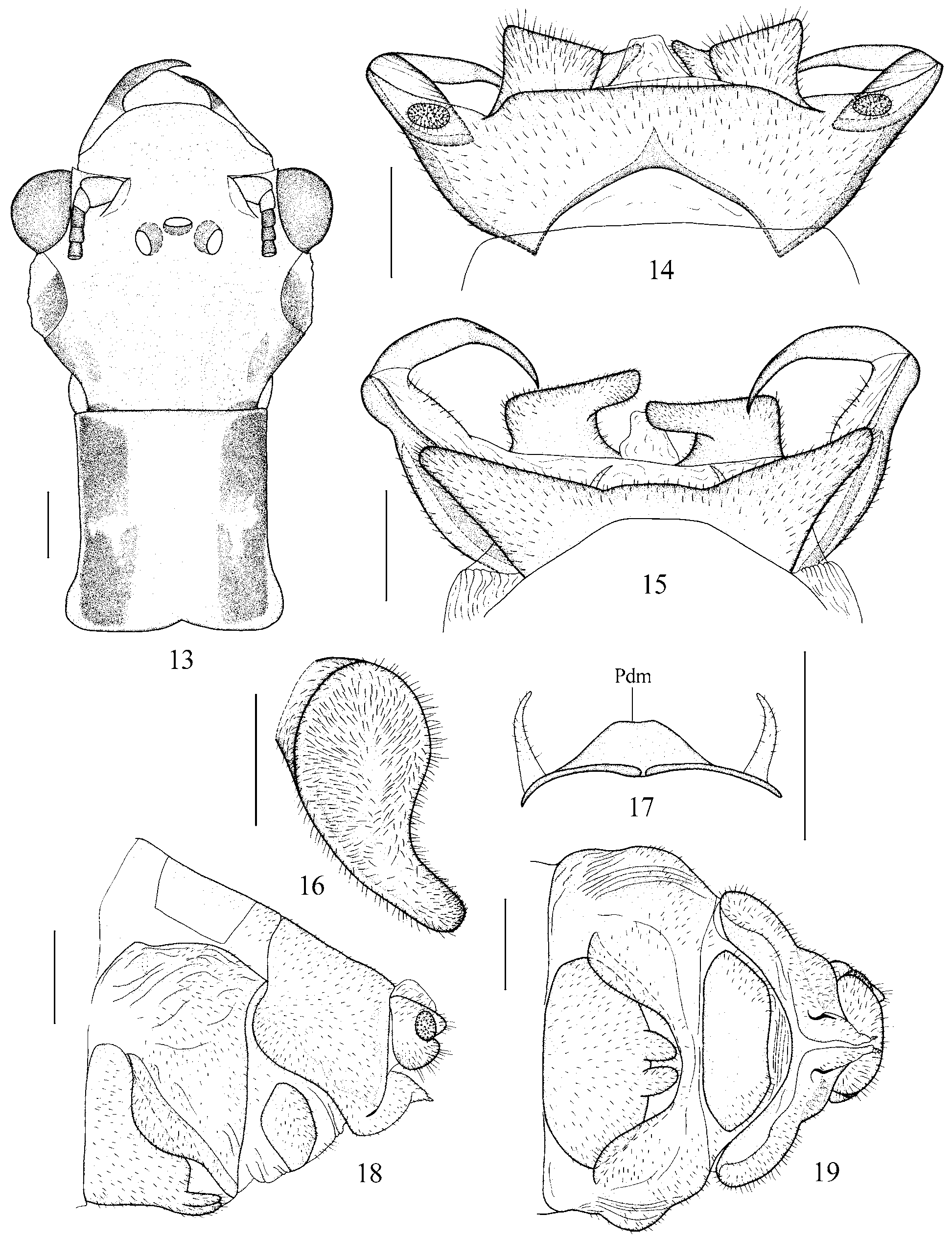