Diagnosis. Ctenanthidium  can be defined by the juxtantennal carina strong and laminated; female with apex of labrum with hairs; margin of pronotal lobe with lamina interrupted on lateral edge; arolia well developed in both sexes; S 4 -S 5 of male with lateral projections; sixth sternum with a transverse integumentary fold. The genitalia is characterized by having a gonocoxite longer than wide and gonostylus curved on the apical half ( Fig. 26View FIGURES 22 – 26). Additionally, an important character indicated by its generic name, is the third sternum of the male with a comb of coarse black setae on the distal margin medially. 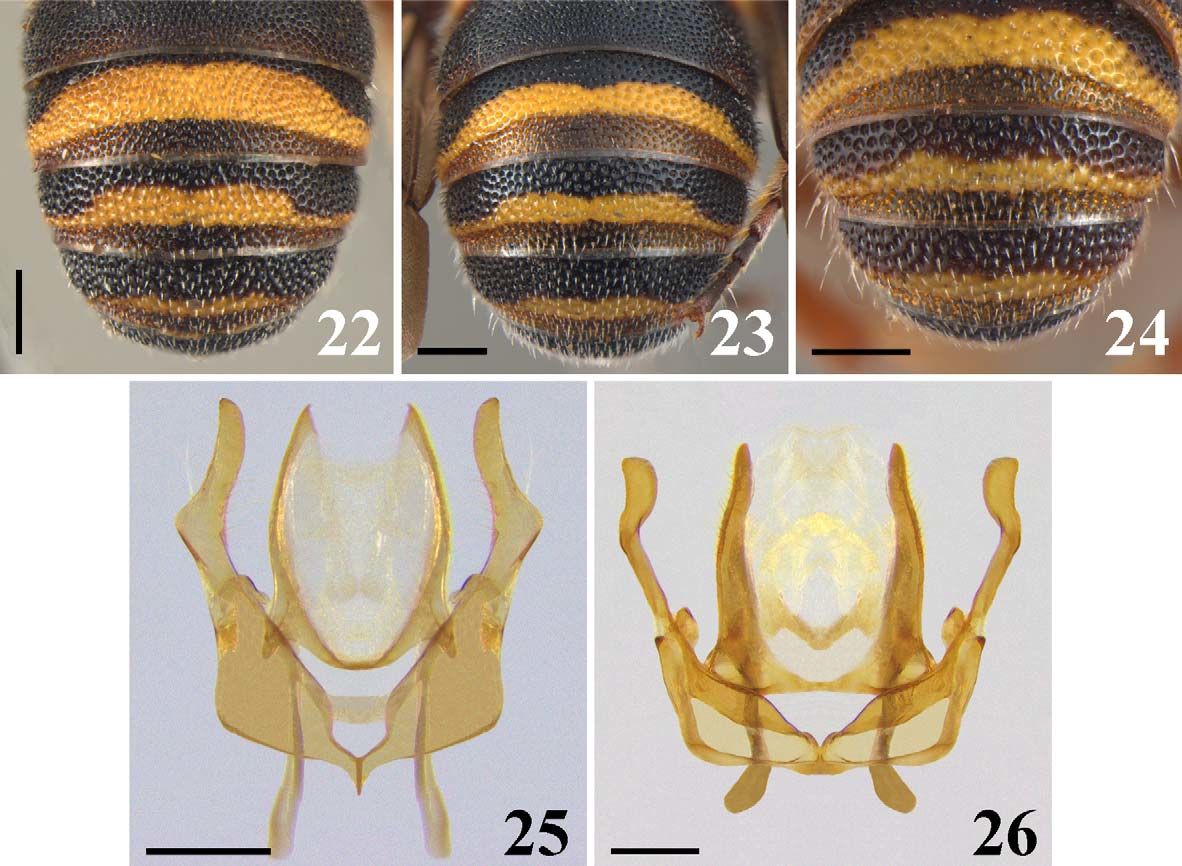