Diagnosis. This southwestern Nearctic species is characterized by striking metallic bluish-white colour on the thorax and abdomen, and male terminalia with a broadly lamellate surstylus. The male is similar to the southwestern Nearctic species C. bertae  , except for differences in colour and terminalia that are indicated in the key to species. Callomyia arnaudi  has similar male terminalia to the western Nearctic species C. gilloglyorum  , but the ventral process of the broadly lamellate surstylus is shorter in C. arnaudi  , as well as the apical projections and basoventral lobe of the hypandrial process. The female of C. arnaudi  is similar to C. velutina  , from eastern and western North America, because of its similar thoracic and abdominal colour pattern, but can be distinguished from this species by differences in colour (metallic bluish-white versus silver-blue, and pale orange on tergites 1 and 2 versus yellow on tergites 1−3). The coloured abdominal segment interrupted by a median dorsal dark band is on tergite 4 in C. arnaudi  as opposed to tergite 5 in C. velutina  . The female abdominal colour pattern of C. arnaudi  is also similar to that of C. gilloglyorum  with light colouration on tergites 1, 2, 4, 6 and 7, and dark drown to black on tergites 3 and 5. However, the actual abdominal colour between the females of these species differs (pale orange versus silver-grey on tergites 1 and 2, and metallic blusih-white versus silver-grey on tergites 4, 6 and 7).

Legs brown with trochanters, base and apex of femora, and base of tibiae brownish-yellow; coxae metallic bluish-white dusted. Mid tibia with median dorsal seta absent.

Geographical distribution and seasonal occurrence ( Fig. 71View FIGURE 71). Callomyia arnaudi  is only known from the type series collected in July from McKinley County and Sandoval County in New Mexico.

Etymology. This species is named after Dr. Paul. H. Arnaud Jr. of the California Academy of Sciences, who collected most of the type specimens.

Remarks. Callomyia arnaudi  is closely related to the Nearctic species C. gilloglyorum  and the Palaearctic species C. dives  and C. saibhira Chandler  , as shown in the strict consensus tree ( Fig. 79View FIGURE 79). The male terminalia of C. arnaudi  are most similar to the terminalia of C. saibhira  (comparison based on description and figures of C. saibhira in Chandler (2001, figs 238−240)  and Tkoč & Roháček (2014, fig. 10 )). However, the thoracic and abdominal colour patterns and shape of the hypandrial process differ between these two species. 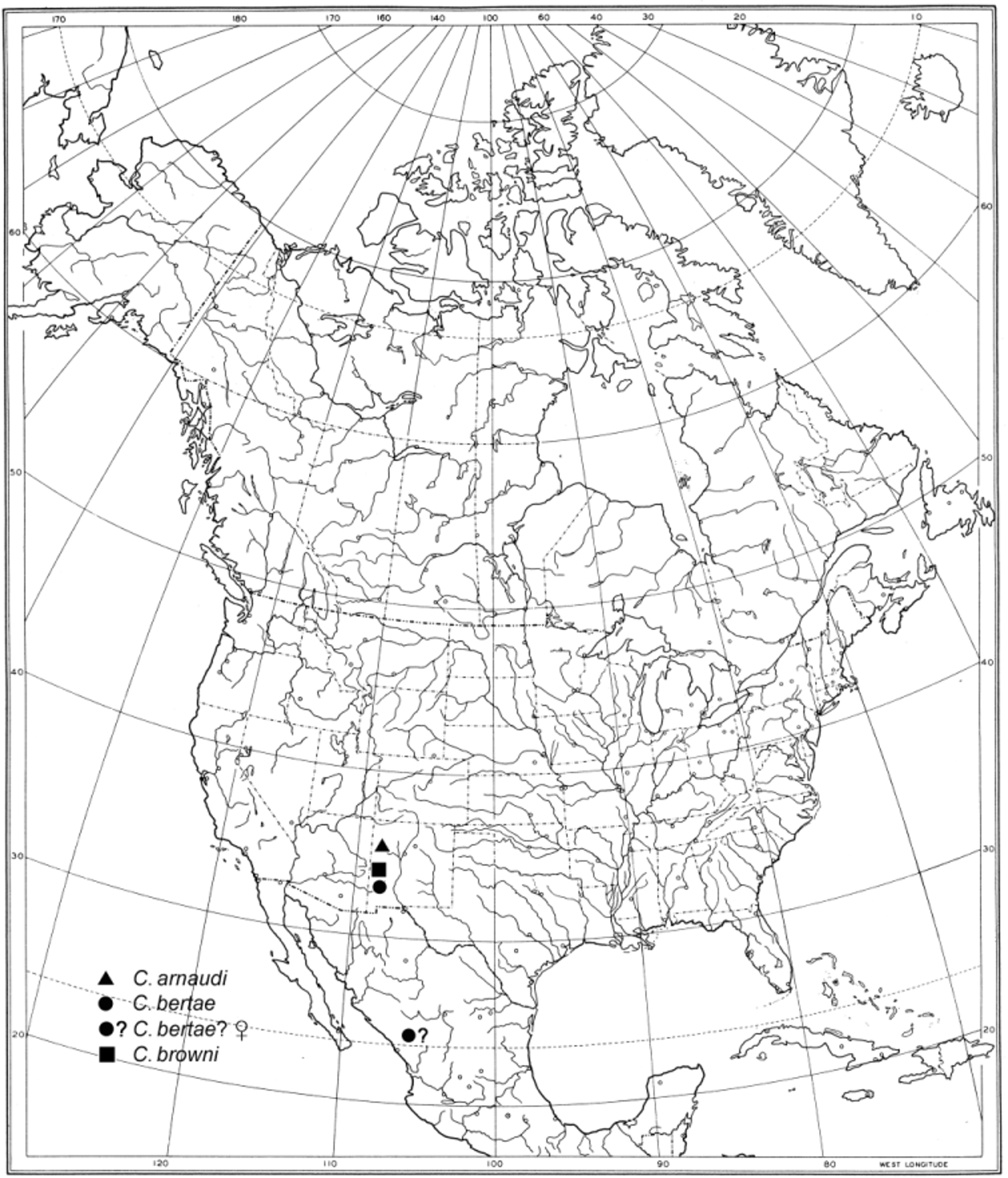