Abdomen 10 -segmented. Segments 1–8 transverse, similar, gradually narrowing to the apices and with one pair of dorsolateral annular spiracles on each segment. Segment 9 very short, without urogomphi; segment 10 reduced, distal, and bilobate at apex.

Remarks. The larvae of the described species of Nilioninae are very similar in general aspect, and differ mainly by the pattern of coloration of the body and pilosity. Costa et al. (1988) redescribed the larva and pupa of Nilio (L.) varius , and in this species the larval body is distinctly large and the mesothoracic spiracles are elliptical. In Nilio (L.) lanatus the larval body is elongate and the mesothoracic spiracles are annular ( Fig. 14 View FIGURES 11 – 14 ). According to Gil-Santana & Marques (2008), Nilio (Micronilio) barthi has only three stemmata arranged in a semicircular row near antennal insertion; Nilio (L.) lanatus has three, corresponding stemmata arranged in a semicircular row, but a fourth small stemmatum is present, widely separated, near the ventral region.

Biological notes. The observations were made in Atlantic Forest, in the Parque Nacional do Itatiaia, Rio de Janeiro ( Brasil). Five larvae and 15 pupae of Nilio (Linio) lanatus were observed ( Fig. 19 View FIGURES 15 – 19 ) on a tree trunk, possibly indicating a gregarious habit. Two larvae and three pupae were collected and fixed in 70 % ethanol. One larva and three pupae were collected and kept alive in the laboratory; the larva was observed to scrape the surface of the branch and fix itself in the rugosities of the bark, by means of the tarsungulus of the three pairs of legs. After the ecdysis, part of the pupa remains inside the last larval exuvium ( Fig. 17–18 View FIGURES 15 – 19 ), and this explains how the pupae can remain fixed on a vertical trunk ( Fig. 19 View FIGURES 15 – 19 ). The duration of the pupal stage was nine days.

Similar biological observations were made by Ihering (1914) with Nilio (Nilio) brunneus, Jorge (1974) with Nilio (Linio) varius , and Gil-Santana & Marques (2008) with Nilio (Micronilio) barthi . All these species are gregarious and feed on fungi on the surface of branches, and part of the pupa remains inside the last larval exuvium. The pupal stage of N. (L.) varius lasted 7 days. 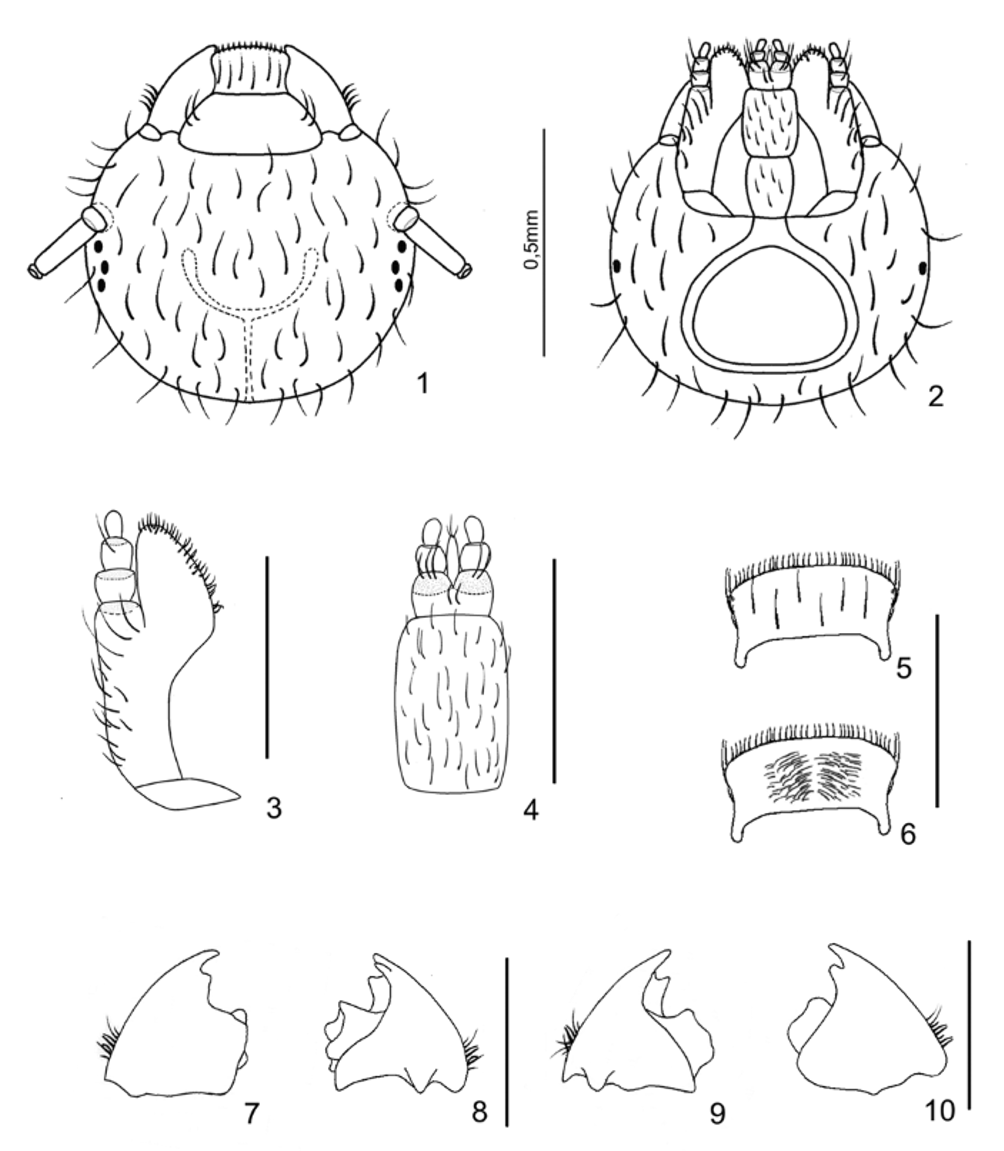