with dark blue line on interior and outer edge or gill

This species was originally described as a species of Chromodoris  distinct from both C. pulchella (Rüppell & Leuckart, 1828)  and Chromodoris annulata Eliot, 1904  ( Gohar & Abu-Ela, 1957). Rudman (1987) maintained the distinctness of the three species but transferred C. pulchella  and C. ghardaqana  to Risbecia  . Johnson & Gosliner (2012), based on molecular phylogeny, showed that species of Risbecia  are nested in Hypselodoris  and that maintenance of Risbecia  creates a paraphyletic Hypselodoris  . They also demonstrated that C. annulata  should be considered as a species of Goniobranchus  . Hypselodoris ghardaqana  was not included in their analysis but was hypothesized to be a member of the Risbecia  clade of Hypselodoris  . A surprising result of the present study is that H. ghardaqana  is not a close relative of the members of the Risbecia  clade, but rather is sister to H. bollandi  . Hypselodoris  nigrolineata is sister to both H. ghardaqana  and H. bollandi  . The colour pattern of H. bollandi  is similar to that of H. ghardaqana  in that both species have a white body colour with yellow spots. The rhinophores and gill of H. ghardaqana  are ornamented with dark blue pigment, whereas they are ornamented with red in H. bollandi  . Hypselodoris bollandi  also has dark brown pigment on the notum. In all three species, the middle lateral teeth bifid cusps have a characteristic shape, with an elongated inner cusp and a short outer cusp, with numerous denticles below the outer cusp. The colour pattern of H. ghardaqana  is remarkably convergent with that of its sympatric congener, H. pulchella  . 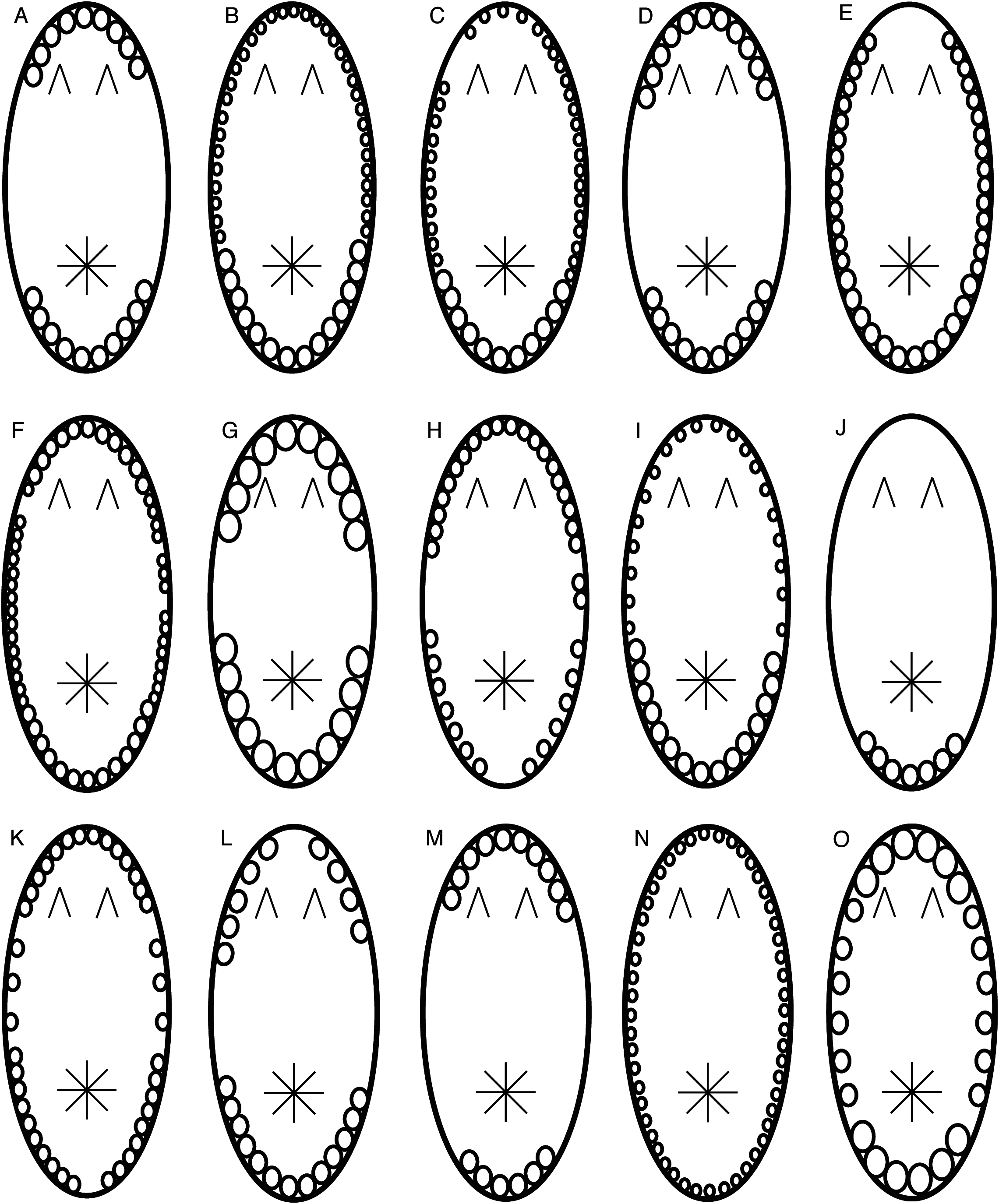 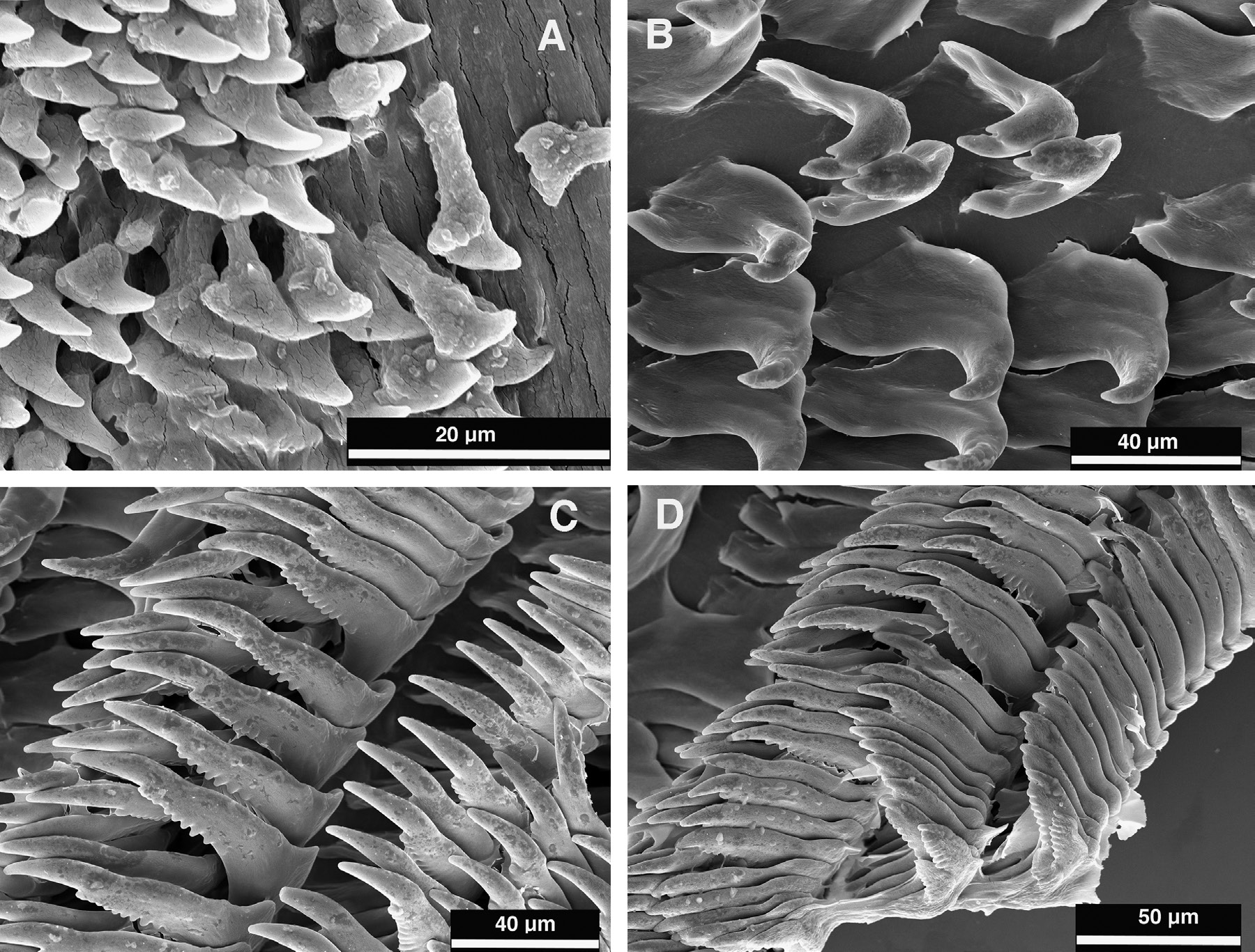