Scrambling shrubs or lianas, occasionally medium -sized trees ( Mezoneuron kauaiense ) to 12 m, usually armed with recurved prickles on stem and leaves, rarely unarmed. Stipules very small, often caducous. Leaves alternate or occasionally opposite, bipinnate, ending in a pair of pinnae; pinnae opposite to sub-opposite, in (1-)2-18 pairs; leaflets opposite to alternate, in 1-15 pairs per pinna, elliptic, oblong, suborbicular to occasionally subrhombic, the base oblique, the apex obtuse to acute. Inflorescences terminal or axillary racemes (often aggregated into panicles); bracteoles small. Flowers bisexual, zygomorphic; calyx comprising a hypanthium and 5 imbricate sepals, the lower sepal cucullate, and overlapping the other 4 in bud; petals 5, free, usually yellow with red markings on the median petal, or occasionally red, pink or cream, the median petal somewhat modified (either with a fleshy ligule or a patch of hairs on the inner surface between the blade and claw, or the petal bilobed); stamens 10, free, filaments alternately longer and shorter, usually all 10 pubescent or villous on lower half, or one or all glabrous; ovary glabrous to hairy, 1-many ovuled, stigma cupular, funnel-shaped, terminal or laterally placed, glabrous, or the rim fimbriate with papillate hairs, not peltate. Fruit laterally compressed, indehiscent, chartaceous, coriaceous or woody, venose, longitudinally and often broadly winged along the upper suture, the wing 1-18 mm wide. Seeds 1-13 per pod, ± transversely arranged in seed chamber, compressed, endosperm lacking.

From meso - (Greek: middle) or meizon (Greek: greater) and neuron (Greek: nerve), the upper suture of the fruit is bordered by a usually broad longitudinal wing so that the suture appears as a prominent sub-central nerve or vein.

The genus has recently been revised by Clark (2016), who provides full synonymy, a key to species, and a list of fossil taxa associated with this genus. 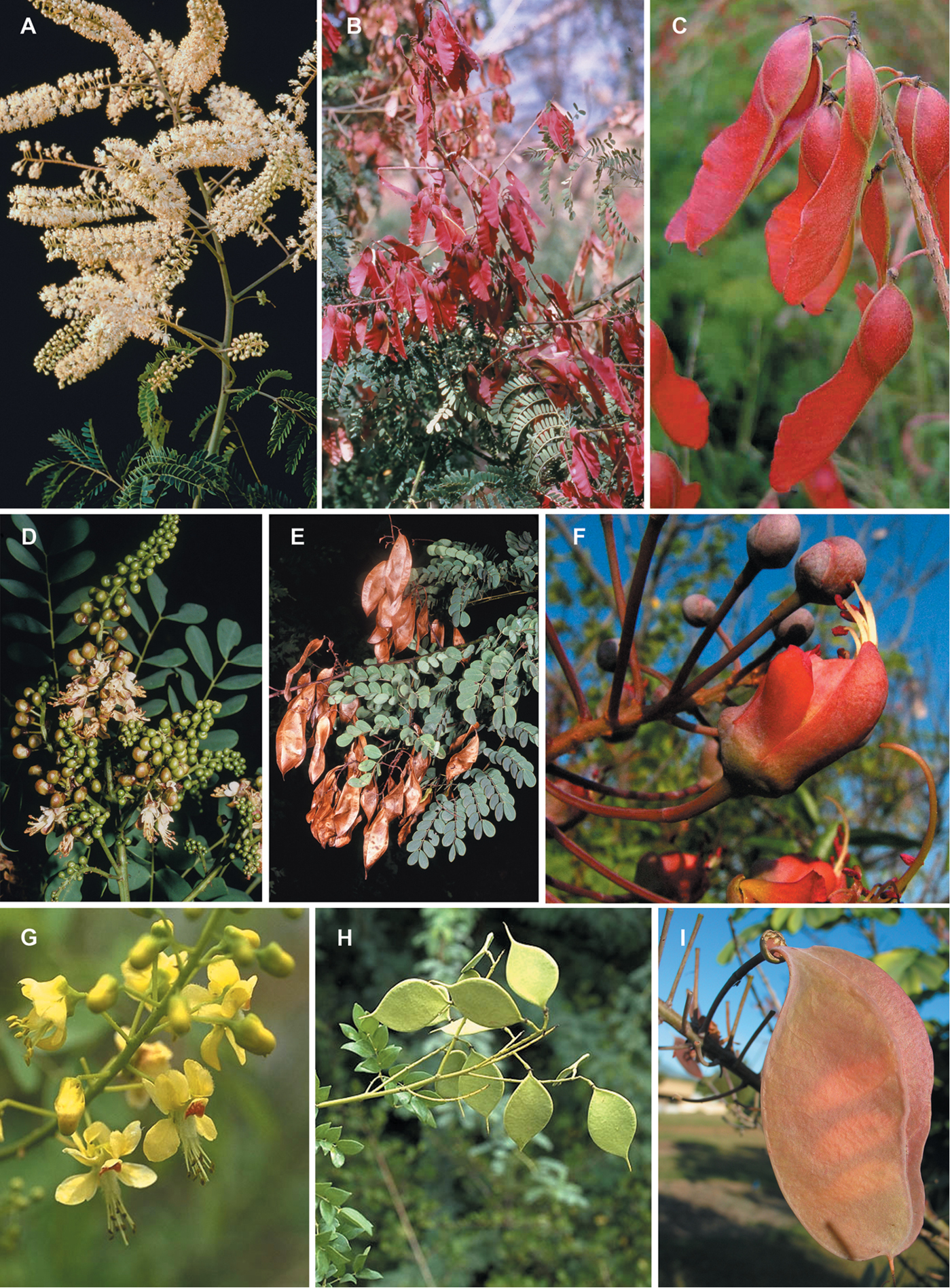 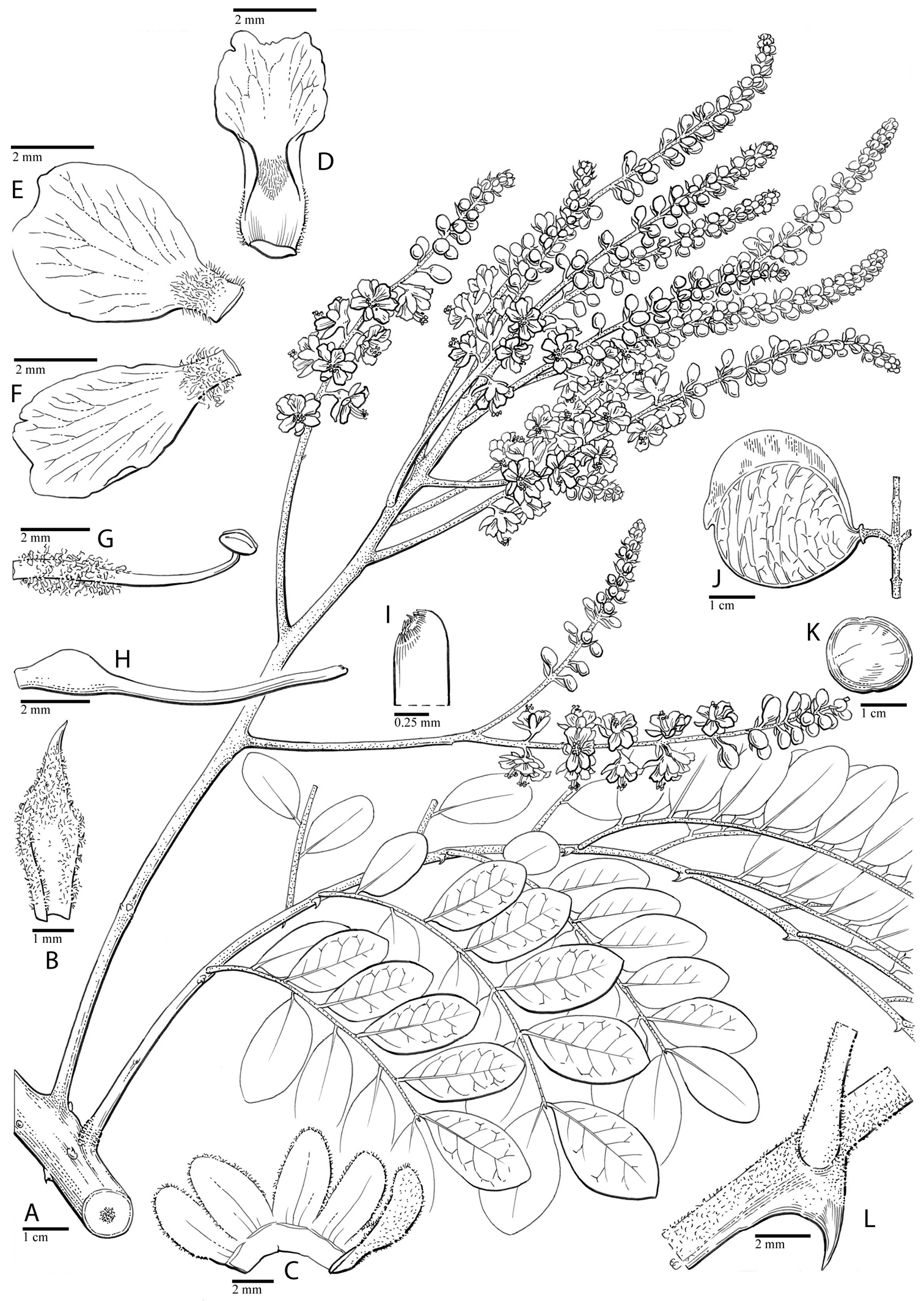