In the dissected males of T. caucasica   from Iran, there is some variation in the shape and length of the horn-like appendages of the juxta. Based on the results of this study, the apex of the longer pair of juxtal appendages is not always bifurcated. In some of the examined males, both appendages have bifurcated tips (Fig. 2A, F View Figure 2 ); while in some others the shorter one has simple and longer one has bifurcated tip (Fig. 2B, D, E View Figure 2 ). This has also been illustrated by Klasiński et al. (2020: 15, figs 15, 21-23), although without any explanation of the variation. Moreover, as we revealed in this study, the longest appendage of the juxta if bifurcated apically, the two branches are either assymetrical or symmetrical (Fig. 2A, B, D View Figure 2 , -F).

According to Klasiński et al. (2020), the two very long horn-like processes of juxta are bent basally; however, as we discovered in this study, the shorter one is always bent at its distal two-thirds, but the longer process is usually curved internally (Fig. 2A-F View Figure 2 ). Additionally, the anterior tip of the triangular ventral plate of vinculum varies from narrow (Fig. 2A View Figure 2 ) to relatively wide (Fig. 2B, D View Figure 2 ).

In the genitalia of examined females, as described by Klasiński et al. (2020), the antrum has a weakly sclerotized anterior margin with a unique membranous part, and the shortest prela has a wide base (Fig. 3A-D View Figure 3 ); however, the corpus bursae is not always heavily folded longitudinally (Fig. 3A View Figure 3 ).

Leafmines of T. caucasica   cannot be separated from those of T. ekebladella   . Moreover, the larvae of these two species are indistinguishable externally.

DNA barcodes of two Iranian specimens appeared to be identical to that of a Dutch specimen of Tischeria ekebladella   and fall within one BINBOLD:AAF8247, that includes also all other available T. ekebladella   barcodes. The barcode of a Georgian larva from leafmines examined by EvN ( RMNH.INS.31425) groups with the Georgian adult of T. caucasica   (GBRD286), together as sister to all remaining T. ekebladella   and somewhat different from the Iranian T. caucasica   . Within BINBOLD:AAF8247 the average distance is 0.38% and the maximum distance is 1.93% (n = 54). The nearest neighbor is BOLD:ACU6278, representing the East Palearctic Tischeria siorkionla   Kozlov, 1986, with a distance of 8.01%.

Abdominal tergites 1-8 with pair of long bristles on either side. Tergites 1 and 2 with two pairs of short bristles positioned rather medio-laterally, and nearly in a line (Fig. 5C View Figure 5 ). Tergites 3-6 with two pairs of short bristles, which are not in the same line and positioned more laterally, and two pairs of nearly short, robust asymmetrical bristles internal to the lateral pairs, implanted on a common base or with bases completely confluent (Fig. 5D, E View Figure 5 ). Tergites 7 and 8 each with a submedial hair. Tergite 8 with five pairs of long marginal hairs, and some serration towards the middle part. Four pairs of the prolegs on segments 3-6 atrophied, without any trace of crochets (Figs 4D View Figure 4 , 5G View Figure 5 ), but with three hairs externally (Fig. 5G View Figure 5 ). Last proleg provided with pair of linear series of crochets, which in specimens examined each contain between 20-24 elements. They are not in equal numbers normally (n = 3) (Fig. 5H View Figure 5 ). For measurements of head capsule and body see Table 1 View Table 1 .

Based on the results of this study, T. caucasica   has two generations per year in Tehran province. The eggs are white-grey in colour, deposited on the upper side of the leaf near the mid-rib or on larger lateral ribs. The mines consist of milky white upper-surface primary flat blotches, sometimes with orange hues, and like T. ekebladella   , with no traces of preceding corridors (Figs 7A-K View Figure 7 , 8A-E View Figure 8 ). As they get older, they turn very pale brown (Figs 7A-H View Figure 7 , 8A-C View Figure 8 ). The cocoon was made nearly at the centre of each blotch (the so called nidus) and pupation took place within the mine. No frass was observed inside the mine (Figs 7G, K View Figure 7 , 8B, C View Figure 8 ).

Leafmines were observed in 2017 and 2018 from late May to the first half of December, when the blotches were very minute. The greatest number of the mines in the first generation appeared in the first half of June. Adults were observed in early to mid July, when the next generation would occur. In the first generation, many adults emerged and, as a result, the population density increased remarkably during the second generation. In November, during leaf fall, the last instar larvae were overwintering inside the blotches. Live larvae were observed, yet sedentary through a cut in the upper epidermis in winter at the height of the cold. They became active and pupated after the end of the cold weather period.

In Tehran (Peykan Shahr) the activity period of T. caucasica   larvae started from the end of May and continued in two generations until the beginning of December. In the first generation during 2018, the 1st larval instar hatched late May (22nd) and feeding on leaf tissue within the mine. The first and second larval instars formed a short linear mine towards the leaf edge. Third instar larvae appeared at the end of May (27th) , the last instar nearly at the first half of June (10th), and adults emerged from mid June (16th) to the 1st of July.

The number of mines per leaf varies; in some cases there are as many as 12 mines (Fig. 8C View Figure 8 ). The first larval instar of the second generation appeared at the end of August (30th) and the last instar on late September. They overwintered as 4th instar larvae and remained quiescent until pupation in late May to early June. According to the results of this study, T. caucasica   had a severe outbreak between 2017 to 2019, despite spraying the trees and destroying the fallen leaves. In 2020, the infection was considerably lower, and there was no trace of infection in the garden until May 2021. 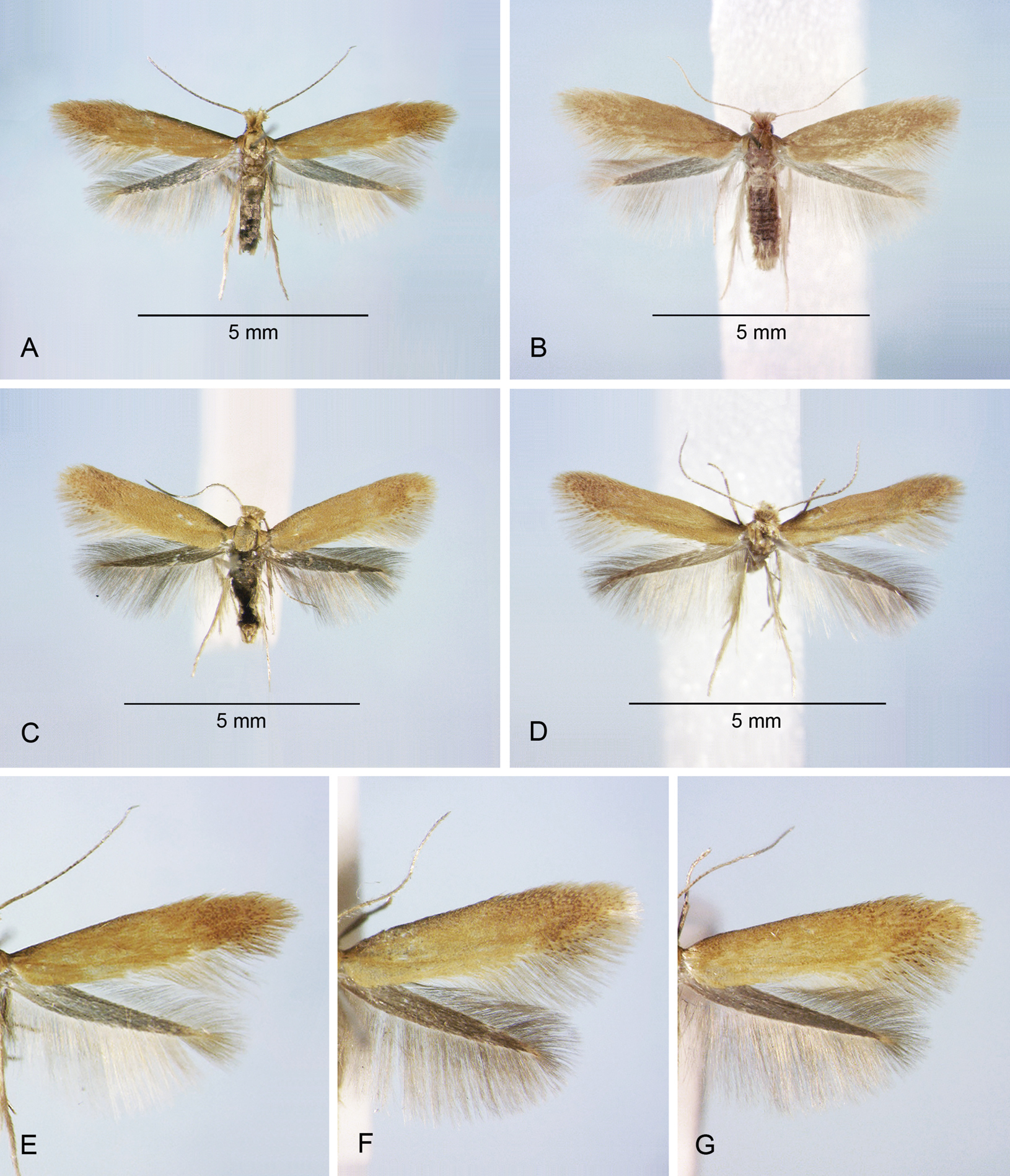 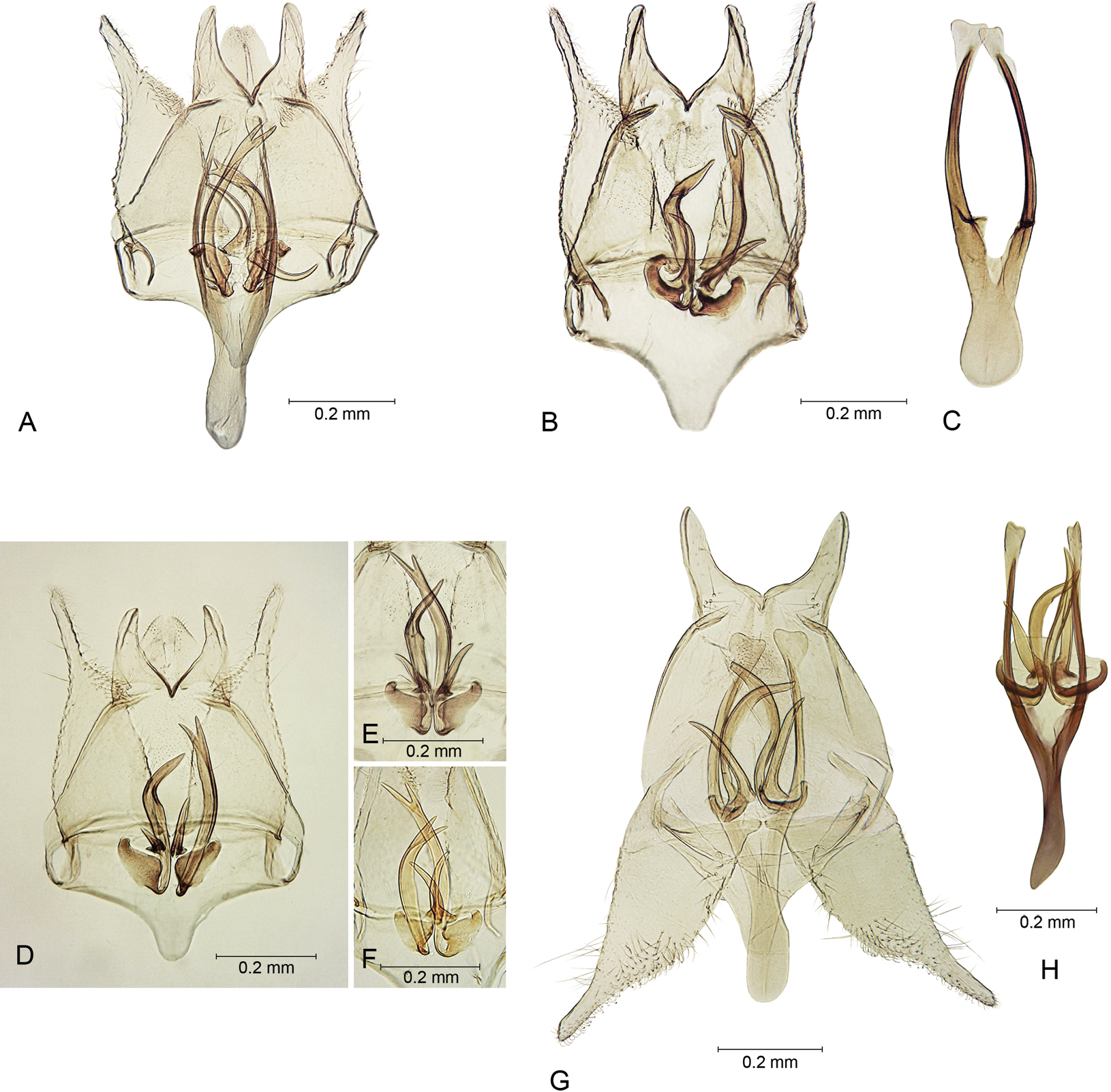 Figure 4. Last instar larva of Tischeria caucasica (Tehran, Peykan Shahr). A, B, D. Larva in dorsal (A, D) and ventral (B) views; C, E. Anterior part in ventral (C) and dorsal (E) views including head and thoracic segments (the upper, median and lower arrows in the left side of figure E indicate the slightly sclerotized plates at pro-, meso- and methathorax; the arrow in the right side indicates the thoracic leg which is visible from dorsal surface); F. Mandible; G. Labrum; H. Anterior part of the head in dorsal view showing antenna (arrow) and mandibles; I. Maxilla (arrow), maxillary palpi and labium. 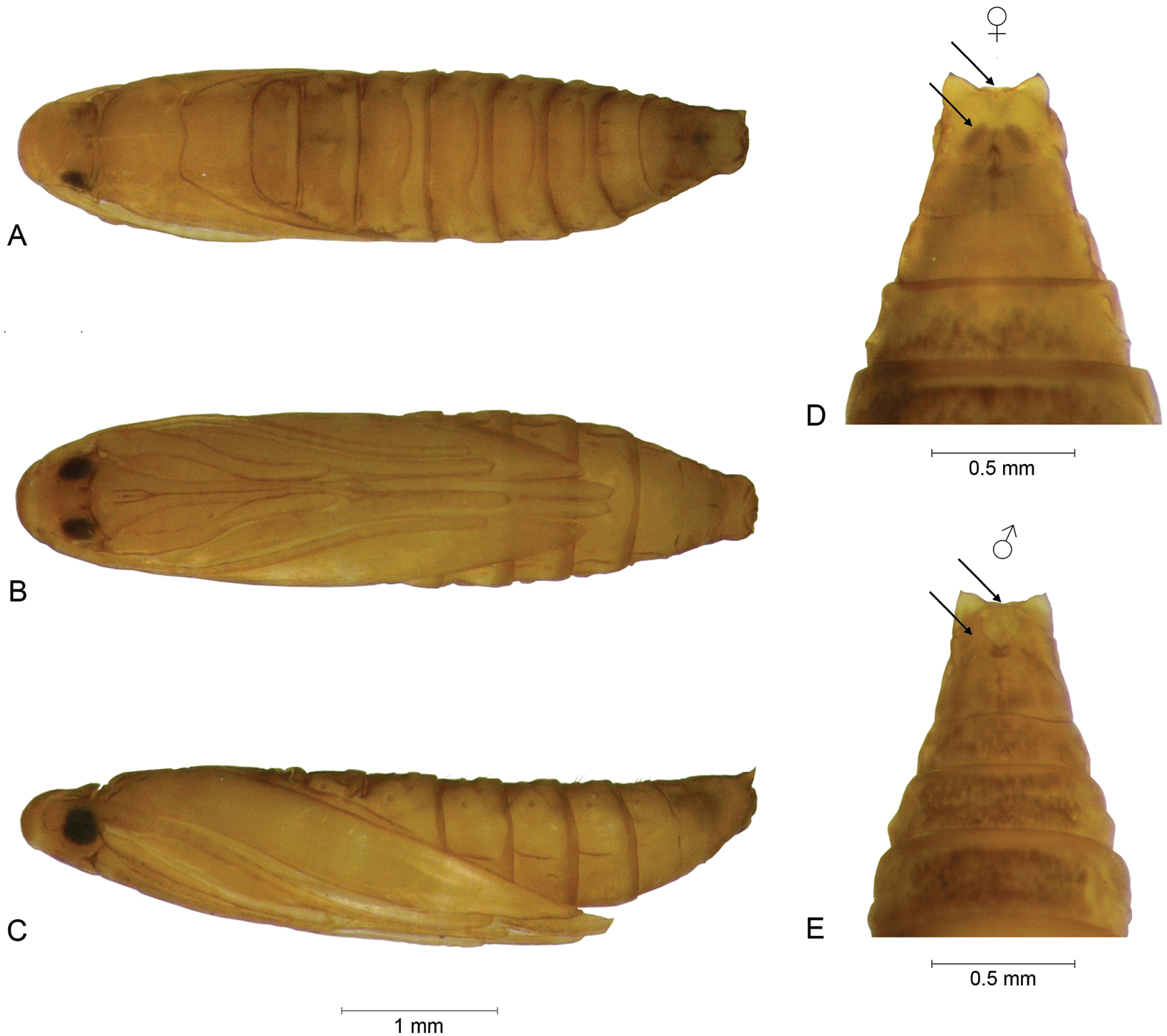 Figure 9. Map of all records of Tischeria caucasica in Georgia and Iran. Map prepared with QGis 3.10. 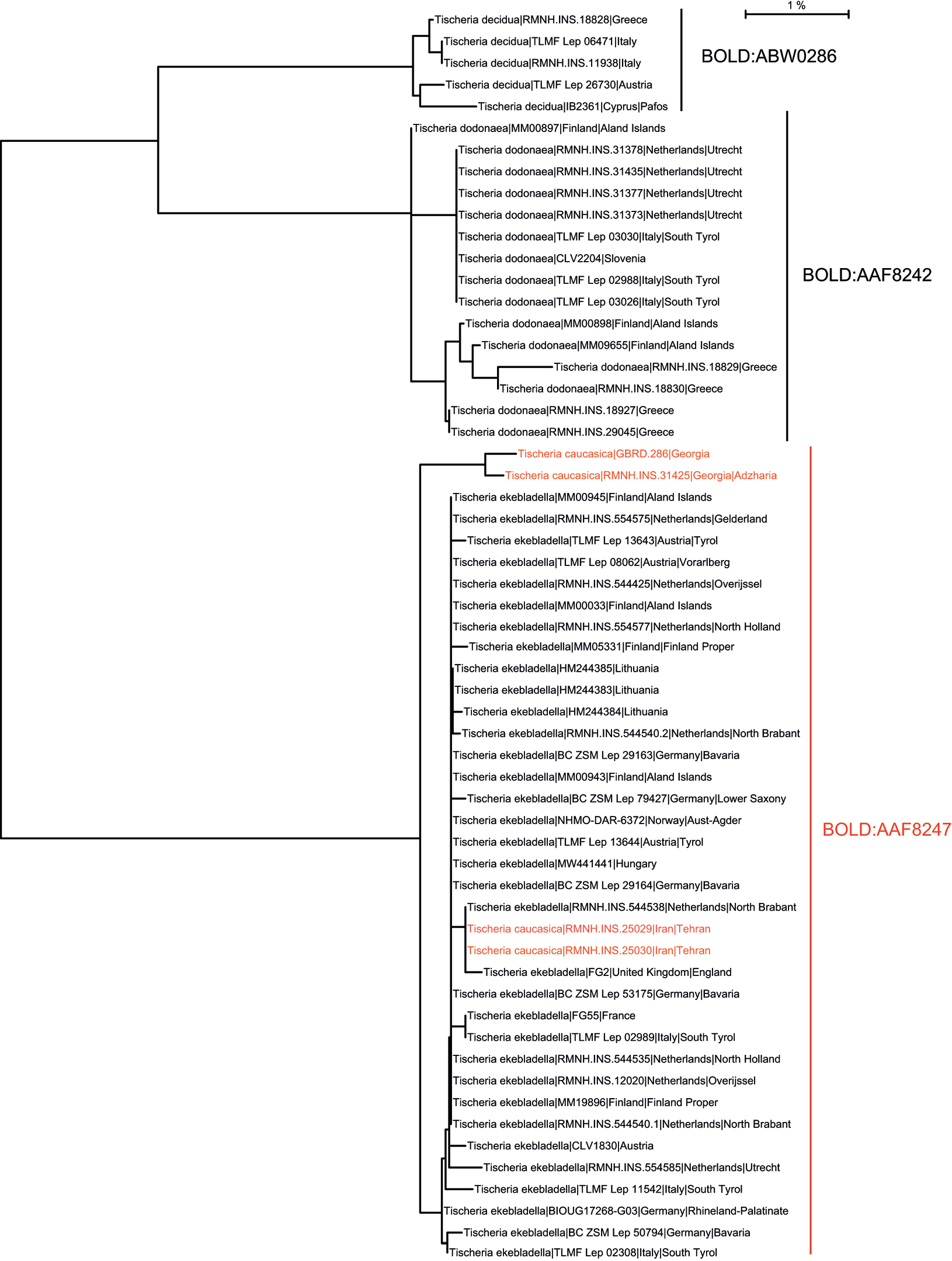 Figure 11. Neighbor Joining tree of DNA barcodes of European Tischeria, from dataset DS-TISCIRAN. BINs are given next to each cluster. Specimens identified as T. caucasica are given in red.