Etymology. The name caraibensis  is derived from the name of the range of low mountains where the type locality is placed.

Remarks. Distinctions from global Dichogaster  ( Dichogaster  ) are discussed under the previous species. The other Guadeloupe acaecate, male-sterile, blue-green pigmented species is D. athena James, 1996  . Unlike D. caraibensis  it has a schizolobous prostomium, 14 nephridia per segment, and lacks spermathecae entirely. To date the former is known only from bromeliad and palm leaf axils in higher elevations ( James 1996 and below). We only located the latter in one place, in a large rotting log where it was abundant. The difference in first dorsal pore location between one specimen and the other two is larger than typically seen within a species in Dichogaster  s.l. but otherwise the morphologies match exactly. 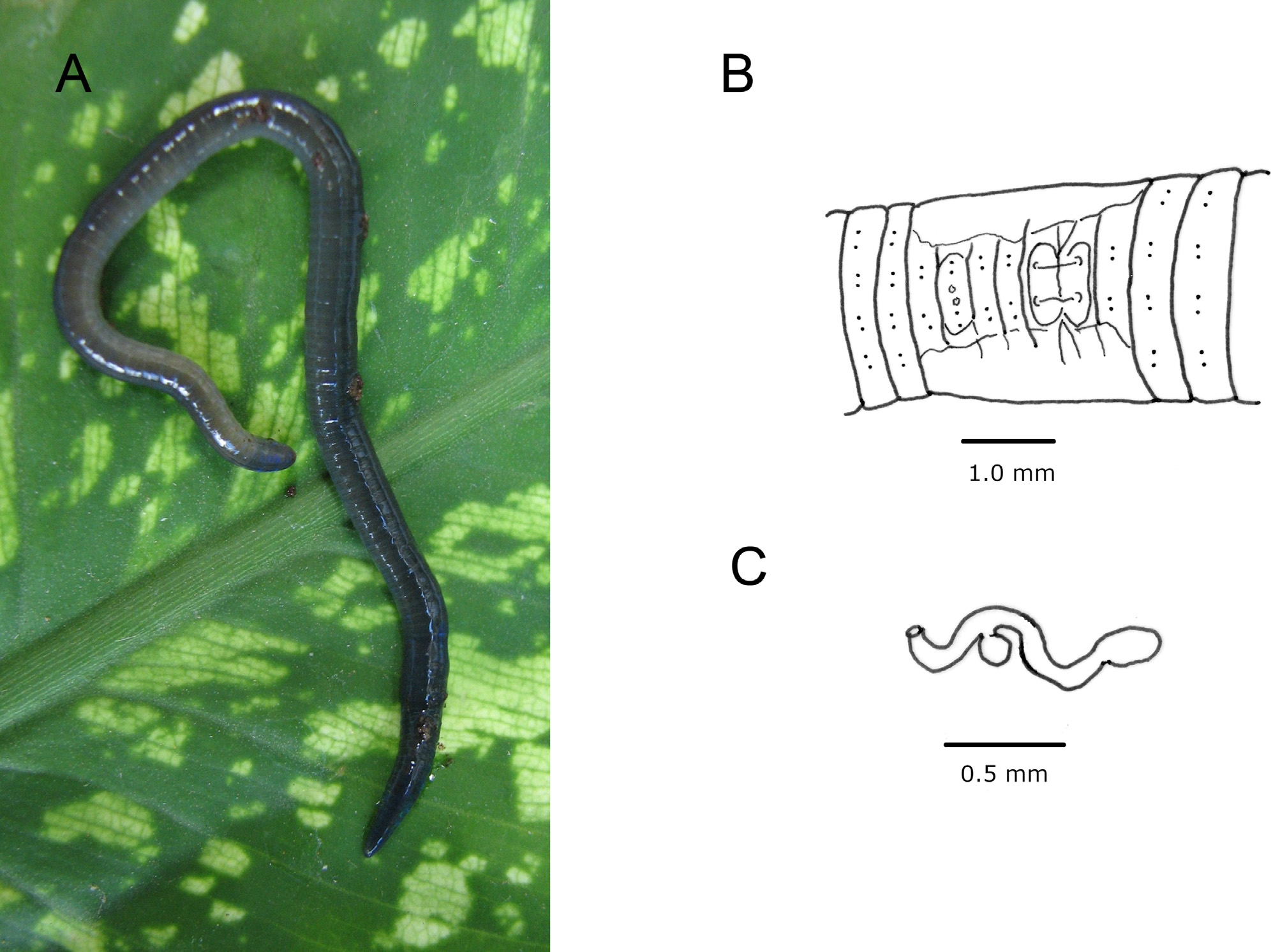