Description. Female. Integument orangish-brown, lighter in some areas, darker in others. Setae and pubescence yellowish-white, appearing to be white or whitish depending on light intensity.

Remarks. Following the key from Martins (2003), Gorybia clarkeorum sp. nov. can be included in the alternative of couplet “9” (translated; modified; considering the opaque elytra as being microsculptured):

Gorybia clarkeorum sp. nov. is similar to G. apatheia, Martins, 1976 , especially specimens of the latter without dark fascia or other markings on elytra, but differs by the antennomeres in female being wider, not subcylindrical and more distinctly widened toward apex including in basal segments. In female of G. apatheia , the antennomeres are slender, subcylindrical, and not distinctly widened toward apex in basal antennomeres.

Etymology. Named for Robin O. S. Clarke (collector of the holotype) and his spouse, Sonia who have collected more than 900 cerambycidae species from his Flora and Fauna hotel property near Buena Vista, Santa Cruz Department, Bolivia, many of which have been species new to science. 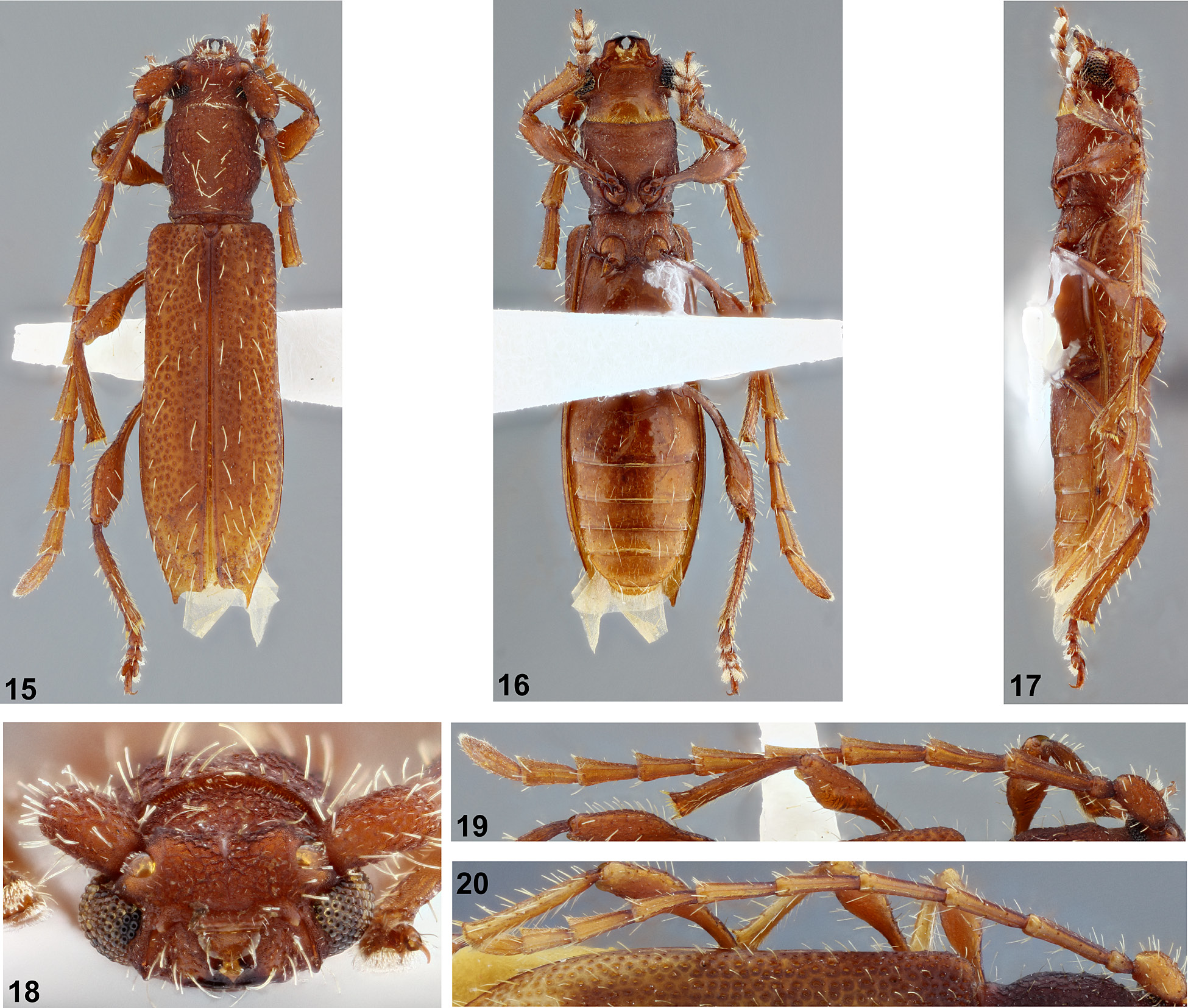