Phenology. We have recorded the species from late June, early, mid- and late July, early and mid-August, early, mid- and late September and from early and mid-October. For true E. gemellata  (outside the Iberian Peninsula) we have recorded a flying time from late May through June and July to early August with a few single specimen records in early May, late August, mid-September and early October. Larvae of E. gypsophilata  have been found in late September and early October (Rietz pers. obs.) and from mid-September to early November (recorded as E. gemellata  ) ( King & Viejo Montesinos 2010). The long flying time could indicate two generations. The adult moths fly at night when they are attracted to light.

Biology. Larva oligophagous. We have recorded several caterpillars on Gypsophila struthium Loefl.  (H. Rietz pers. obs.) near Baza in Granada province in southern Spain. King & Viejo Montesinos (2010) have also found larvae of this taxon (treated as E. gemellata  ), 83.3% of them on Gypsophila struthium  and 16.7% on Limonium dichotomum  . We list here only verified food-plant records. The literature records must be checked against these new findings.

Hindwing with more distinct, transverse lines and less visible discal dot than those in E. gemellata  . No clear differences are apparent in the structures of the male and female genitalia between E. gypsophilata  and E. gemellata  ( figs. 9–12View FIGURES 9 – 12).

Remarks. Two specimens of Eupithecia gypsophilata  were erroneously illustrated as Eupithecia gemellata  by Mironov (2003) on plate 10 (figs. 90e and 90f).

Derivatio nominis. The new species is named after the main foodplant of its larvae, Gypsophila struthium Loefl. 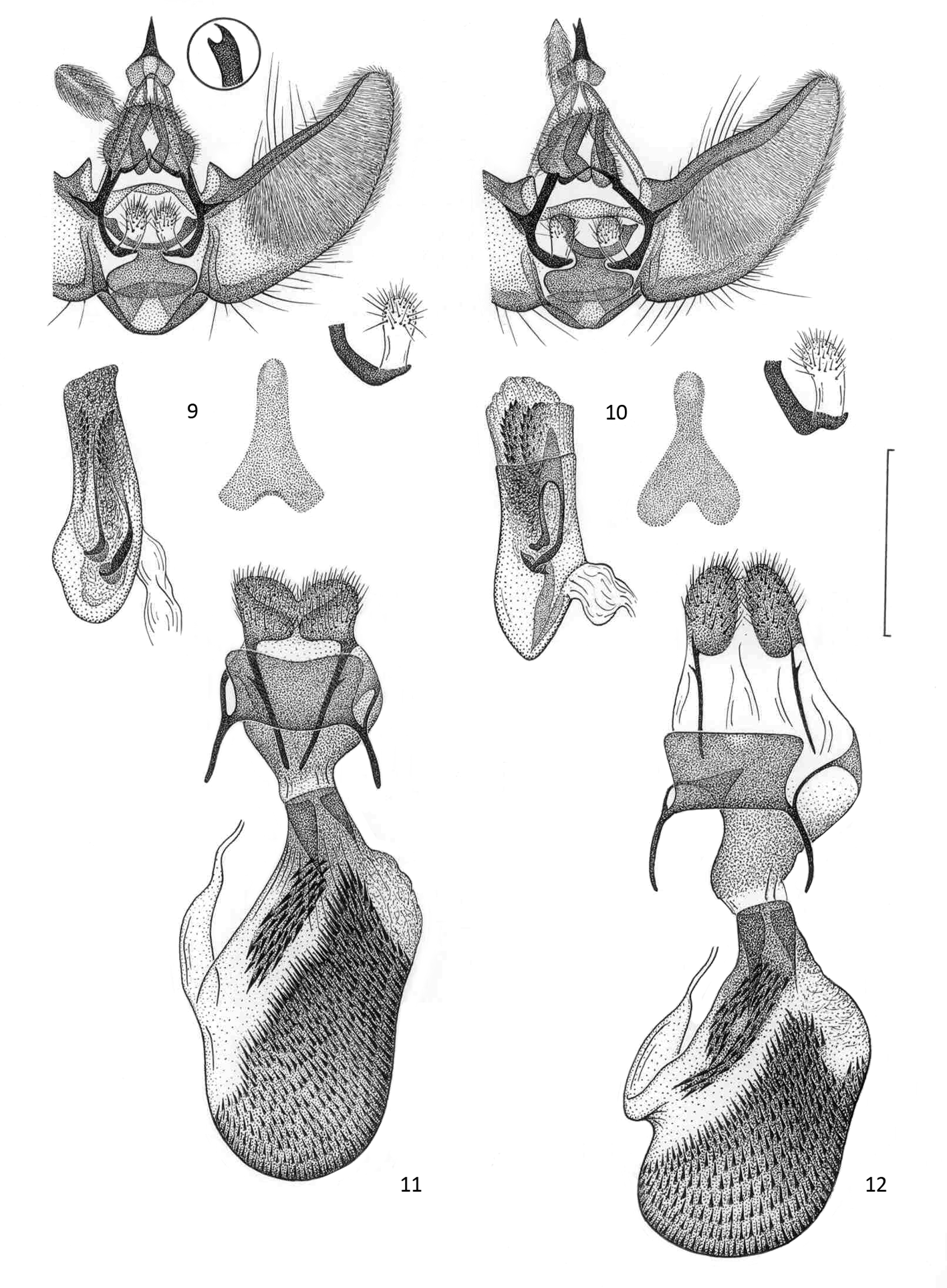