Remarks. The general appearance of Cacostola thomasorum  sp. nov. resembles some species of Trestonia Buquet, 1859  . Dillon and Dillon (1946) defined Cacostola  as follows: “Distinguished by the small, elongate, slender, parallel-sided form of body; elytra and pronotum usually with pale vittae; antennal tubercles well-separated, very prominent, armed with an erect tooth in both sexes; eye with lower lobe large; antennae with third segment sometimes curved, the fourth often longer than third; legs short; and the mesosternum elongate before process.” Still, according to Dillon and Dillon (1946), Trestonia  is: moderate or small sized, elongate-oblong, rather slender; antennal tubercles prominent, well separated, in male produced into a long, robust tooth truncate at apex, in female tooth short and subacute; eyes with lower lobe oblong-ovate or oblong, one and one-half to more than twice height of gena; antennae one and one-third times body length in male, as long as body (or slightly longer) in female; antennomere III straight or feebly arcuate, IV either slightly shorter or slightly longer than third. Those features do not allow separating Trestonia  from Cacostola  and are not present in several species currently placed in the genus. We find a more reliable character is the scape, which is clavate in Trestonia  versus being gradually widened toward the apex in Cacostola  .

In Cacostola  , C. thomasorum  is slightly similar to C. cana Marinoni and Martins, 1982  (see photo of the holotype at Bezark 2019a), differing by the absence of a transverse white pubescent band on the base of the elytra (present in C. cana  ), and having the elytral apex widely, obliquely truncate (distinctly narrower and nearly rounded in C. cana  ). It also somewhat resembles C. nordestina Martins and Galileo, 1999  , but differs by the antennomeres not being distinctly annulate (antennal annulations very distinct in C. nordestina  ), and elytra lacking large irregular orangish-brown areas (present in C. nordestina  ).

Etymology. Named in appreciation of Michael C. Thomas, former Head Curator of Entomology at FSCA (recently deceased) and spouse Sheila for their many years of hosting visitors to FSCA and providing welcome hospitality to all of them. 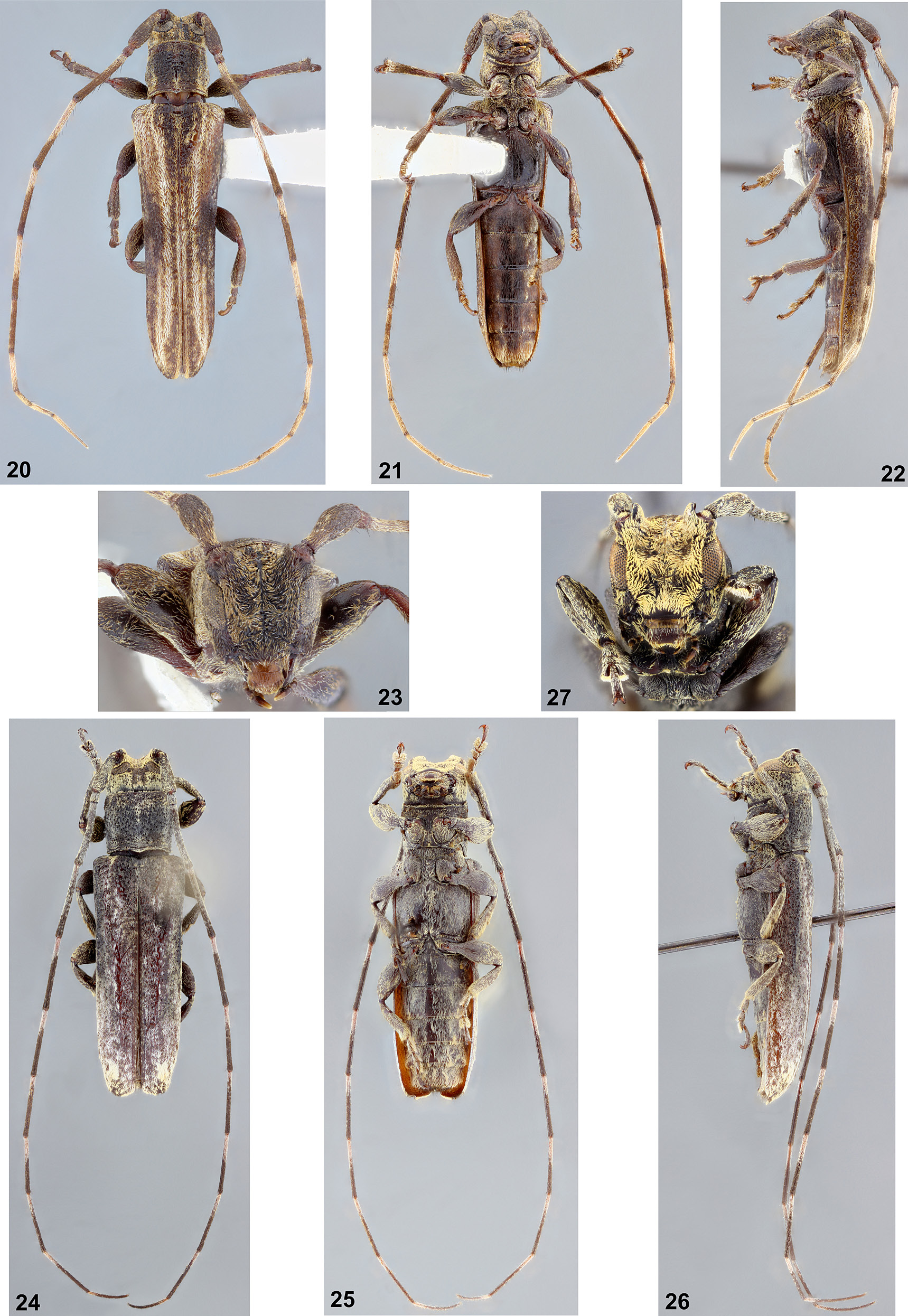