Etymology. The species name is connected with the fact that the fore wing is somewhat wider than in the related species.

(6) Paraproct with denticles on inner and apical margins either subequal, or gradually enlarged toward apex of paraproct ( Waltz & McCafferty 1985: fig. 41).

Comments. Both larva and imago of M. latipennis sp. n. were already described, but wrongly attributed to other species.

Larvae of M. latipennis sp. n. were ascribed to Moribaetis salvini by Waltz & McCafferty (1985). The species, originally described as Baetis salvini Eaton 1885 , is known as male imago (see below). Arguments to associate larvae with this species, were formulated as the following: «Larvae that appear to match the adult color pattern of M. salvini and that fit the classification scheme concordant with the relationship of M. salvini to that of M. maculipennis are described as M. salvini ...» ( Waltz & McCafferty 1985: 247). Then follows the description of the larva of « M. salvini », where the color pattern is characterized as «medial areas of terga with broken pigmented pattern similar to M. maculipennis ». It is unclear, which features of coloration allowed these authors to associate these larvae with M. salvini , but not with another species of Moribaetis .

Probably, the male imago, which was ascribed to Moribaetis macaferti by McCafferty & Lugo-Ortiz (1998), belongs to M. latipennis sp. n. The single imaginal specimen examined by them, agrees with M. latipennis by having narrow turbinate eyes and widened fore wings with characteristic maculation. It differs from other specimens of M. latipennis sp. n. only by absence of dark brown submedian stripes on abdominal terga, that can be a result of fixation. Association of this single male imago with larvae of M. macaferti was based only on the fact that they were collected in the same place in Mexico. In the Discussion, it is written that «subimago from Panama that was indeed reared from larvae of M. macaferti (R.W. Flowers, pers. comm.)» ( McCafferty & Lugo-Ortiz 1998: 119). Lugo Ortiz kindly examined specimens deposited in Purdue University; in the tube with male subimago and larval exuviae, besides the typed labels « PANAMA: Bocas del Toro Prov., trib. of Rio Guabo at pipeline rd. 1700' lt 28-V-1985 R.W.Flowers» and « Moribaetis macaferti Waltz det. R.W.Flowers 1988» he found a pencil-written original label, where is written «ASSOC? Bocas Queb ʘ 1700 28-V-85 » with the question mark. Probably, association of these male subimago and larval exuviae were not reliable, as well as the conclusion about their belonging to the same species as the male imago from Mexico. 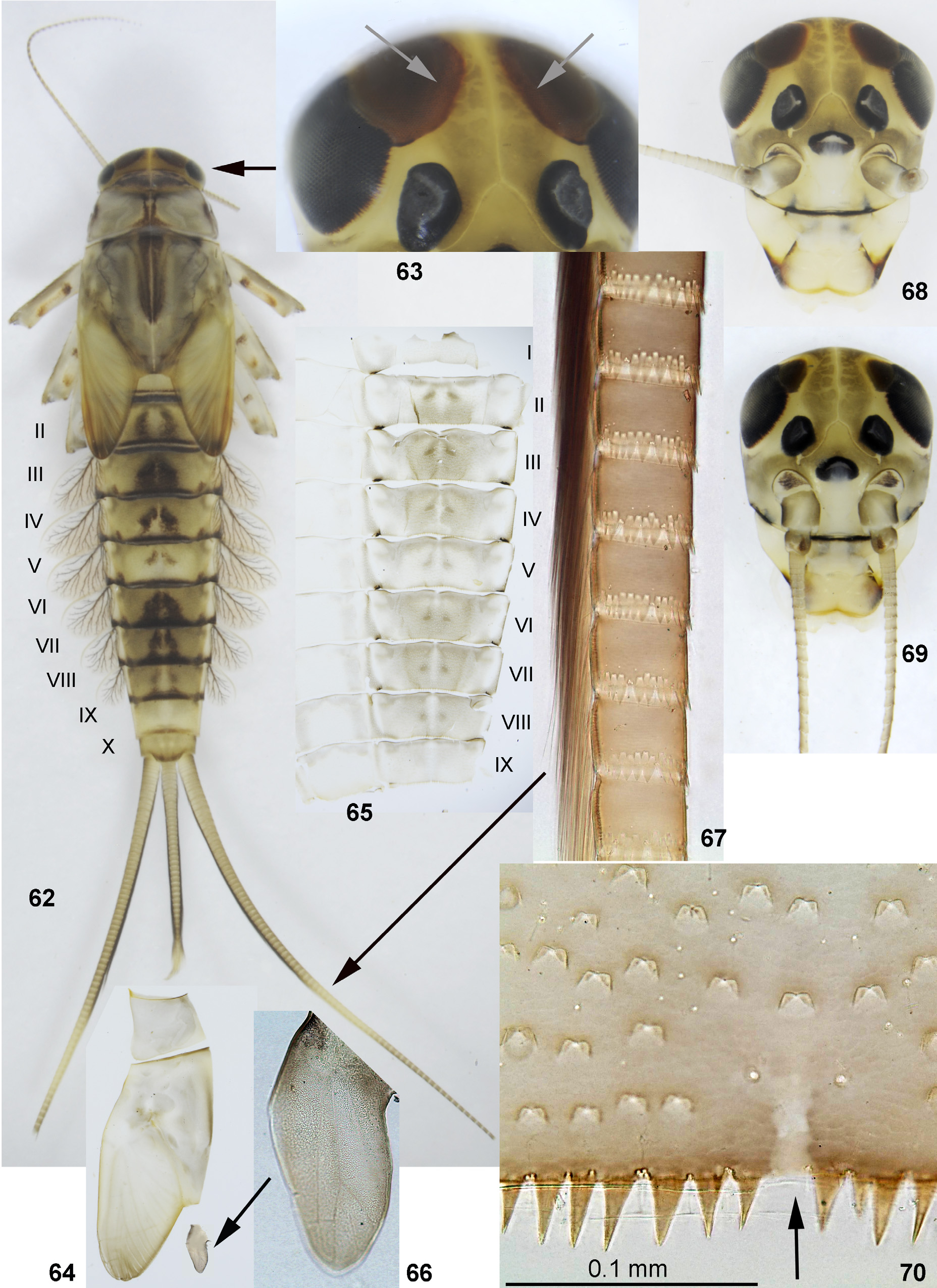 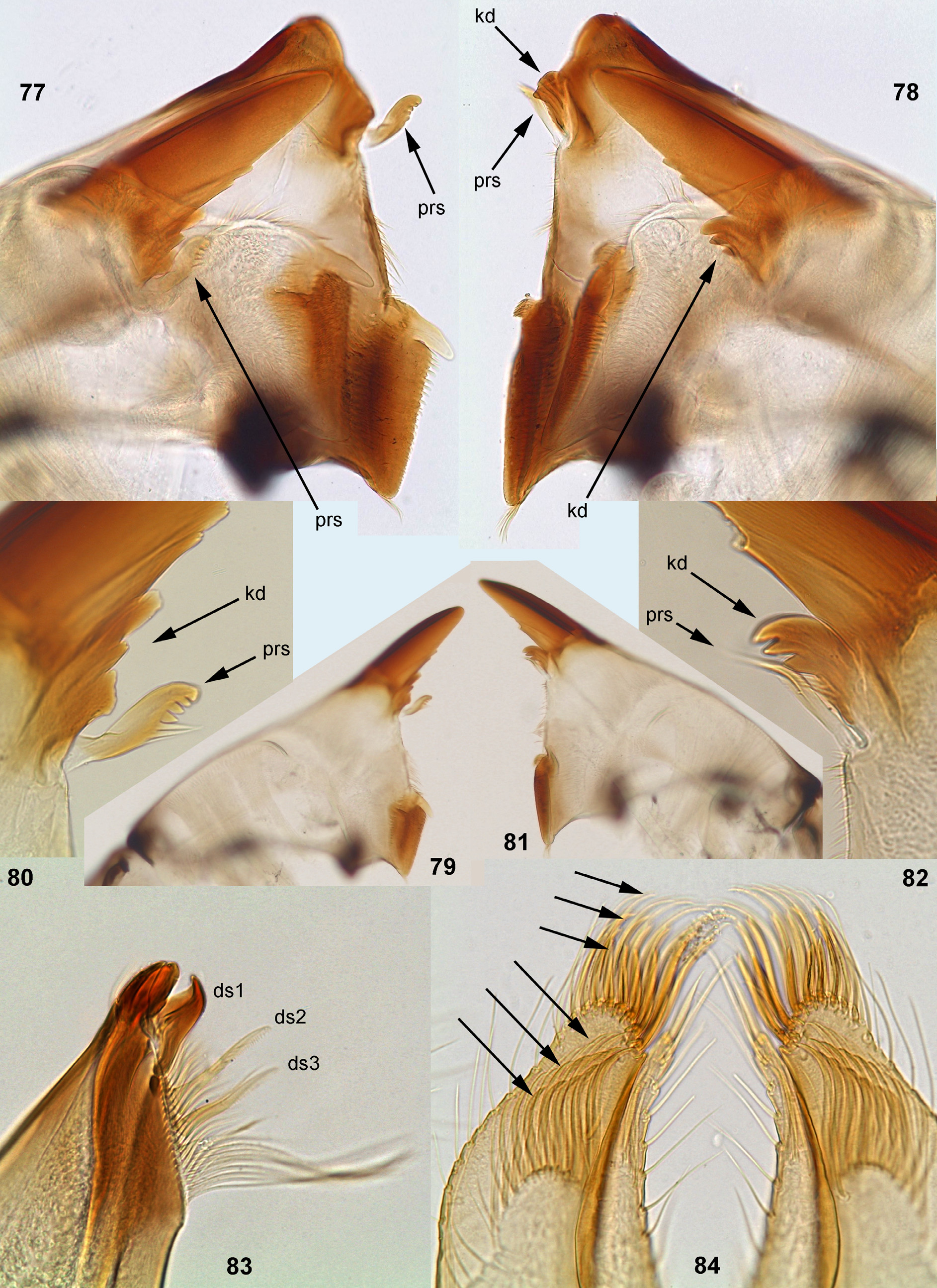 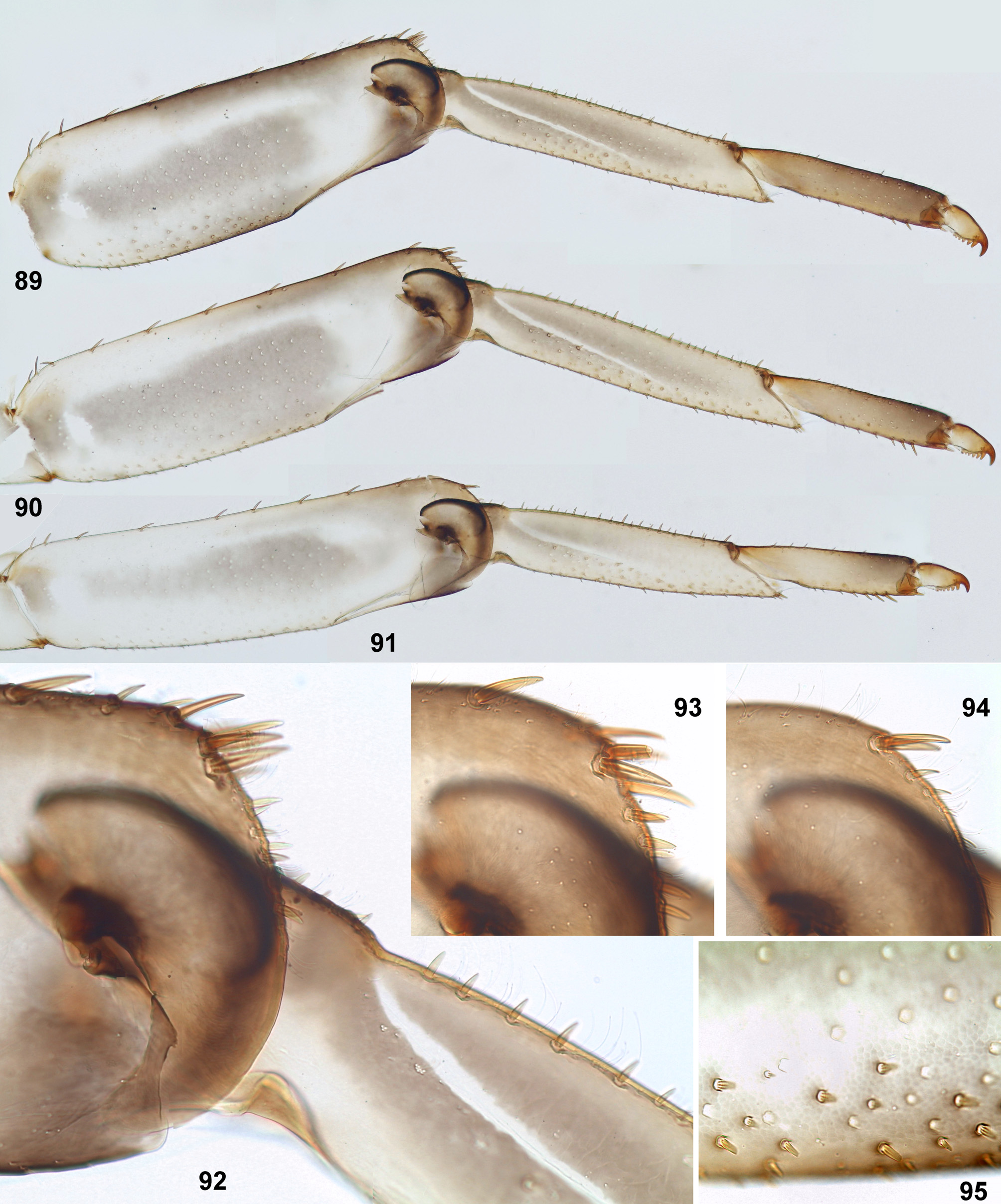 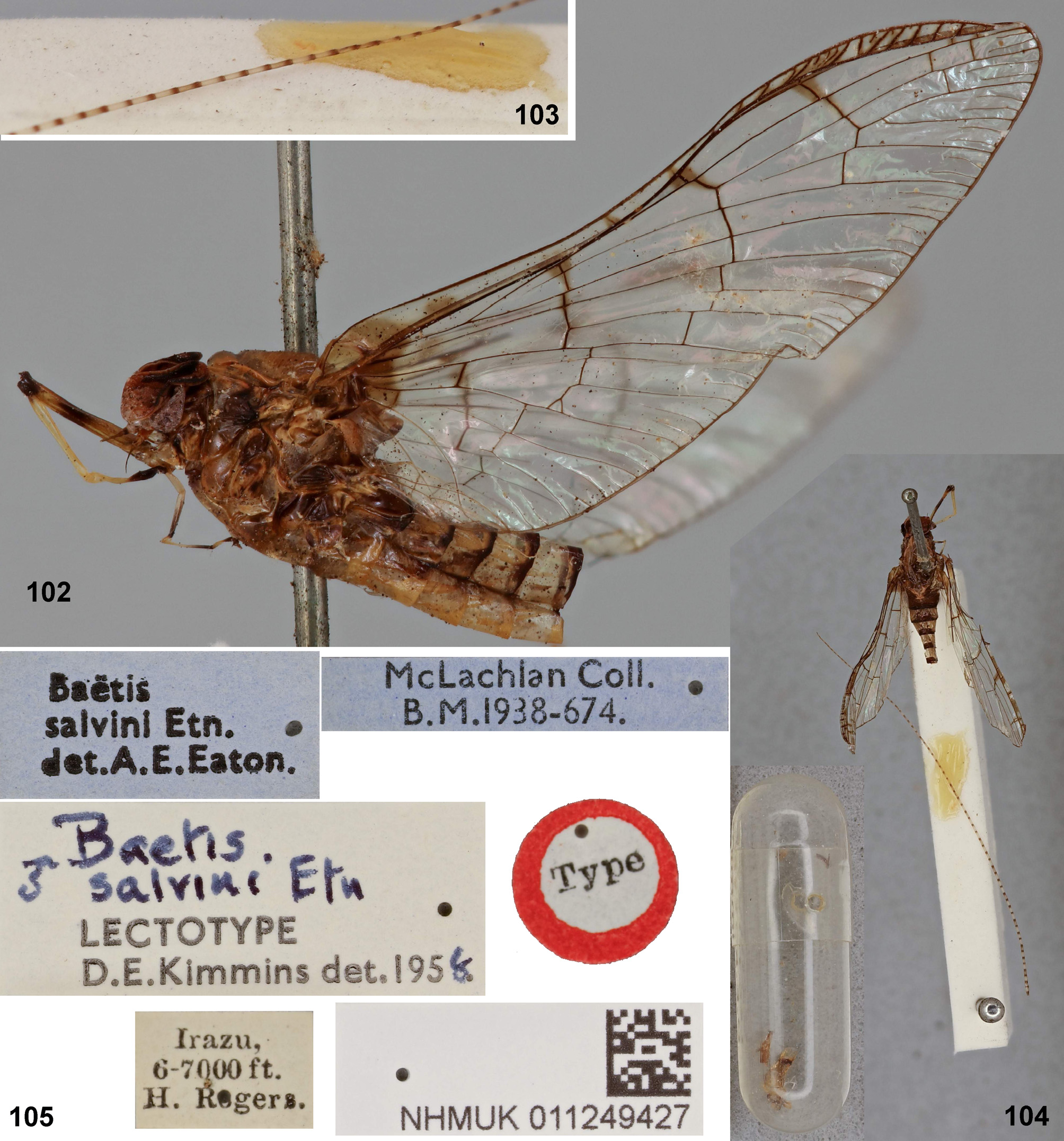